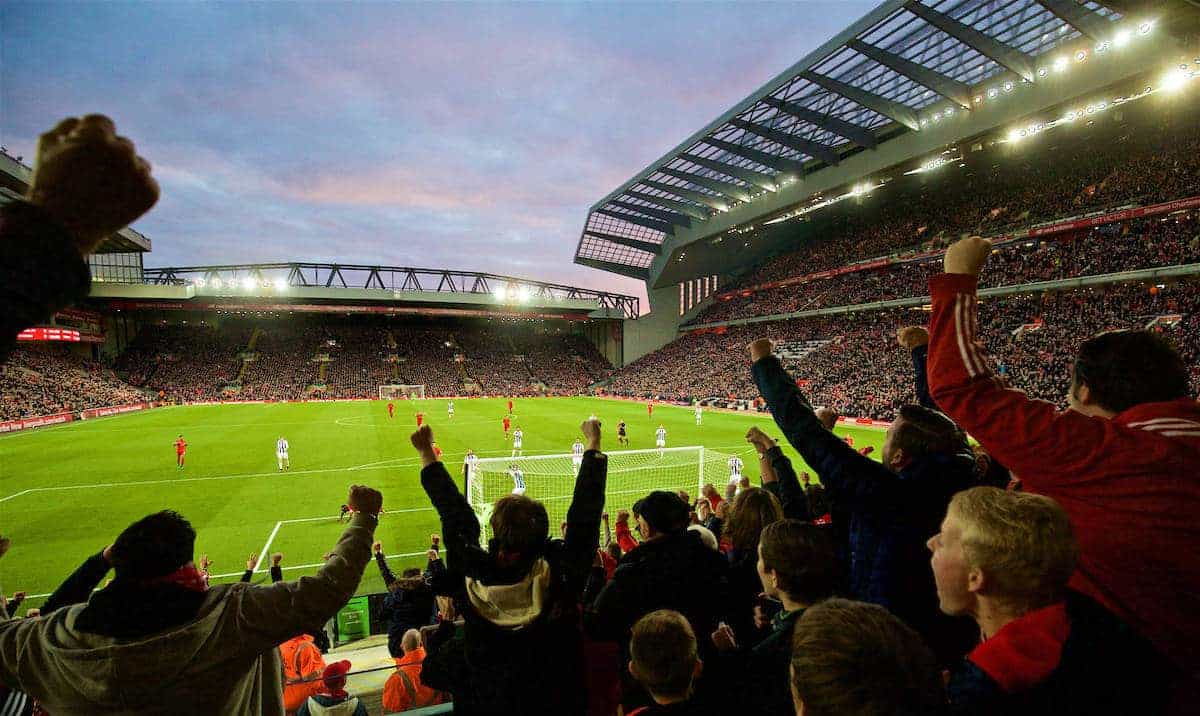 Jurgen Klopp‘s side took advantage of Tottenham and Arsenal dropping points in goalless draws by clinching a win at Anfield.

Daniel Sturridge was dropped for the starting XI as Adam Lallana returned but Giorginio Wijnaldum wasn’t fit enough enough to start after suffering from a hip injury during the international break.

Emre Can started for the second game in a row in midfield alongside Jordan Henderson and Loris Karius remained in goal.

Divock Origi and Lucas Leiva also made late second-half appearances as the Reds hopes to seal their victory.

Sadie Mane opened the scoring after 20 minutes when Philippe Coutinho‘s delightful dummy set up an opening.

The little magician doubled the lead 15 minutes later with a dazzling run in the box, with the Reds seeing out victory despite a consolation effort from Gareth McAuley.

Here are some of the best reactions to the victory on Twitter.

Before kick-off fans were hoping for an explosive start…

Big night for the Reds. Need to cash in on Spurs and Arsenal dropping points. #LFC pic.twitter.com/JTFeS4IMQx

I put Mane in my #FPL team and he stopped scoring. I took him out yesterday and it seems to have done the trick ???

What a ball from Firmino for the first goal! Playing really well. West Brom have no Plan B. Would like us to go on and make GD count now!!

It's not past 9pm yet. BT might go to a black screen if we carry on with this filth.

Simply wonderful from Philly Coutinho. Sold those two players and tucks it away. Top of the league, as it stands. Nice.

Wow wow wow! Phil Coutinho is playing like a Brazilian! 2-0!

Despite plenty of chances to extend their lead, Liverpool were given a scare when West Brom got a goal back with 10 minutes left…

Will be the living embodiment of the ? emoji for the next 10 minutes.

There was a brief lapse of concentration in the second half, but overall it was another impressive attacking display from Liverpool…

Ok should've won this with more goals but still a decent result taking us joint top. Very good for 90% of the game.

80 minutes of that game at the level we expect – made hard work of last ten mins but we are looking good. Small details to improve. #LFC.

Some great football played by Liverpool there but once again we're a complete shambles on set pieces. But take the 3pts. Up the fuckin reds!

Was a perfect performance for 80 minutes. Beyond a joke how poor Liverpool are from corners. 3 points though and that's all that matters.

Great win for the Reds. Games like this before we would have lost/drawn before. Unbeaten in 17 games at home!

Good 3 points excellent 1st half. 2nd half wasn't as good with WBA pushing out a bit which made for a very nervous last 10 minutes ? #LFC

Fuck knows how we only won by 1, but win is all that matters!

3 big points is is all the matters. One of the best start to the league in recent years.

Bloody happy with that. 3 more points and we're second. Plus we beat Poolis. #LFC