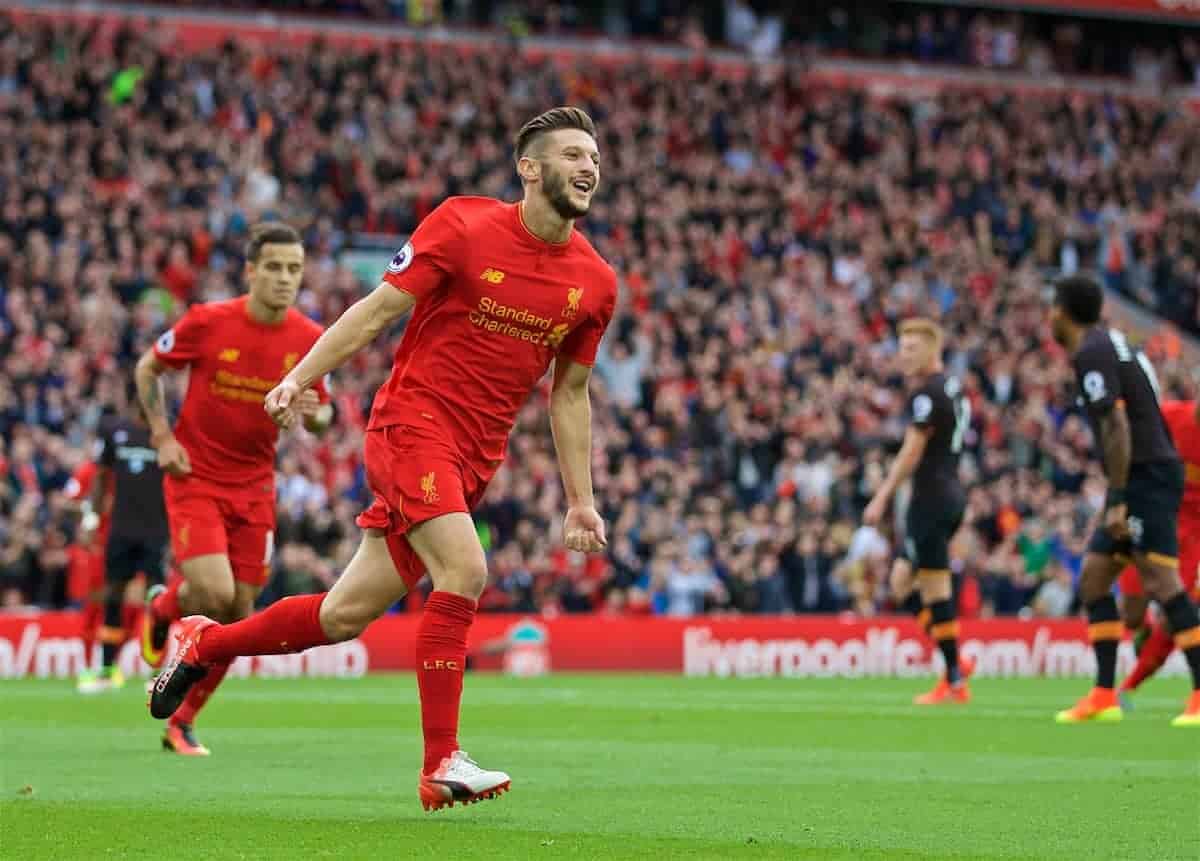 Liverpool midfielder Adam Lallana was named the club’s Player of the Month for September, following a hugely impressive run of form.

Lallana was awarded the club’s monthly honour after scoring two goals and laying on a further two assists in just three appearances.

This included an emphatic, powerful strike in the Reds’ first outing at the redeveloped Anfield, scoring the third in a 4-1 thrashing of travelling champions Leicester City, and the opener in the 5-1 win over Hull City.

Lallana’s two assists also came in that victory over the Tigers, setting up Sadio Mane and Philippe Coutinho in an excellent 69-minute display.

Aside from his direct goal contributions, however, Lallana was instrumental to Liverpool’s success in September.

His new role as a box-to-box midfielder in Jurgen Klopp‘s three-man unit has proved a revelation, and Lallana’s industry and creative guile have spurred the Reds on in attack.

While Jordan Henderson wears the captain’s armband, Lallana is often seen barking orders at his team-mates, while he leads by example in orchestrating Klopp’s pressing game from the front.

To commemorate his award, Liverpool released a video package of Lallana’s highlights from the past month.

Klopp will be hoping for more of the same after the October international break, though Lallana will first be forced to contend with a niggling injury that has kept him out of England duty.

The 28-year-old limped off early on during Saturday’s 2-1 victory over Swansea City, though Klopp has remained optimistic he could return for Liverpool’s next outing.

That comes at home to Manchester United on October 17, giving Lallana over two weeks to recover.