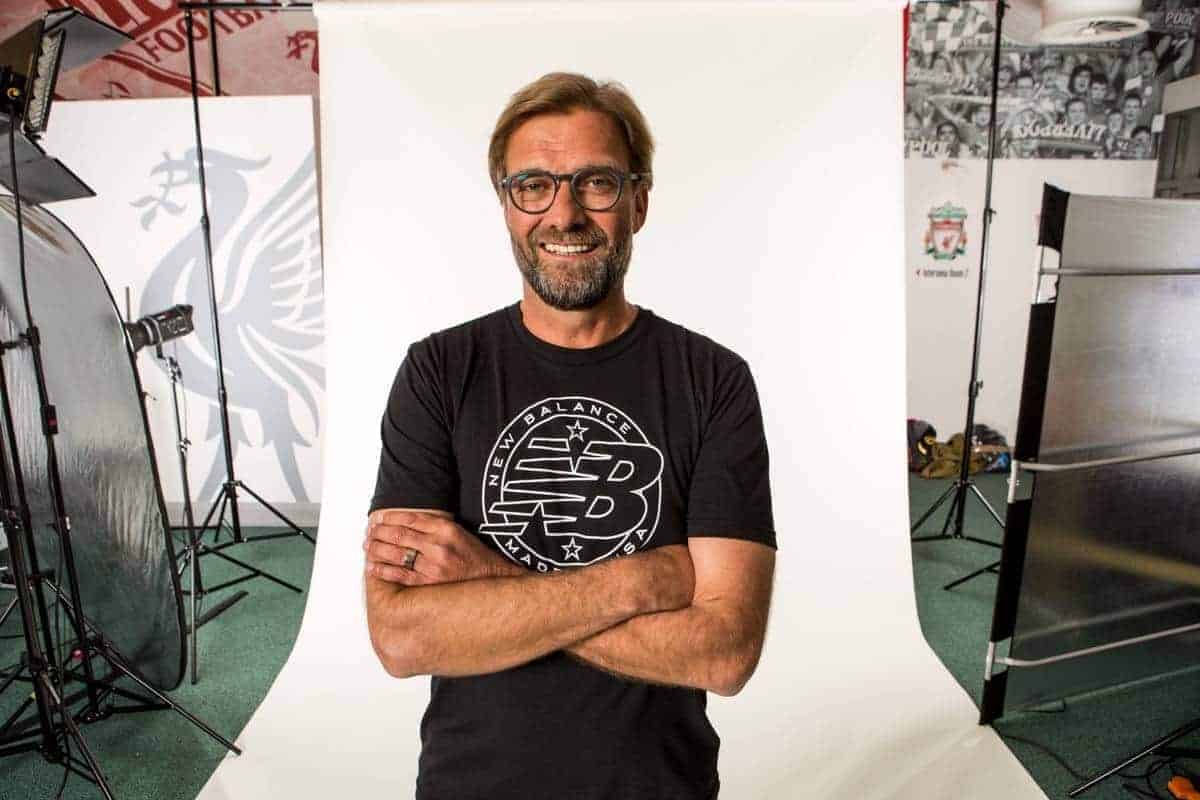 Jurgen Klopp has answered a series of quickfire questions on his life as Liverpool manager, as well as outside of football.

Klopp is one of the most entertaining managers in world football, and Liverpool’s kit manufacturers, New Balance, have landed a top draw in signing the German.

On his announcement as their new ambassador, Klopp answered a host of questions, from his favourite footballer to whether he preferred fish and chips or bratwurst.

When asked what he would have been if he wasn’t a football manager, Klopp revealed that he wanted to study medicine, saying “I thought nobody would give me money for playing football!”

Predictably, he chose beer over wine, and opted for bratwurst, a delicacy of his homeland, over England’s national dish.

Klopp’s all-time favourite player is Diego Maradona, while he hit a blank when asked whether possession or pressing was more important.

“Both are important. You can’t ignore that the other team has the ball sometimes, so you have to find a way to defend them,” he said.

“And if you have the ball, you have to find a way to score, so both are very important!”