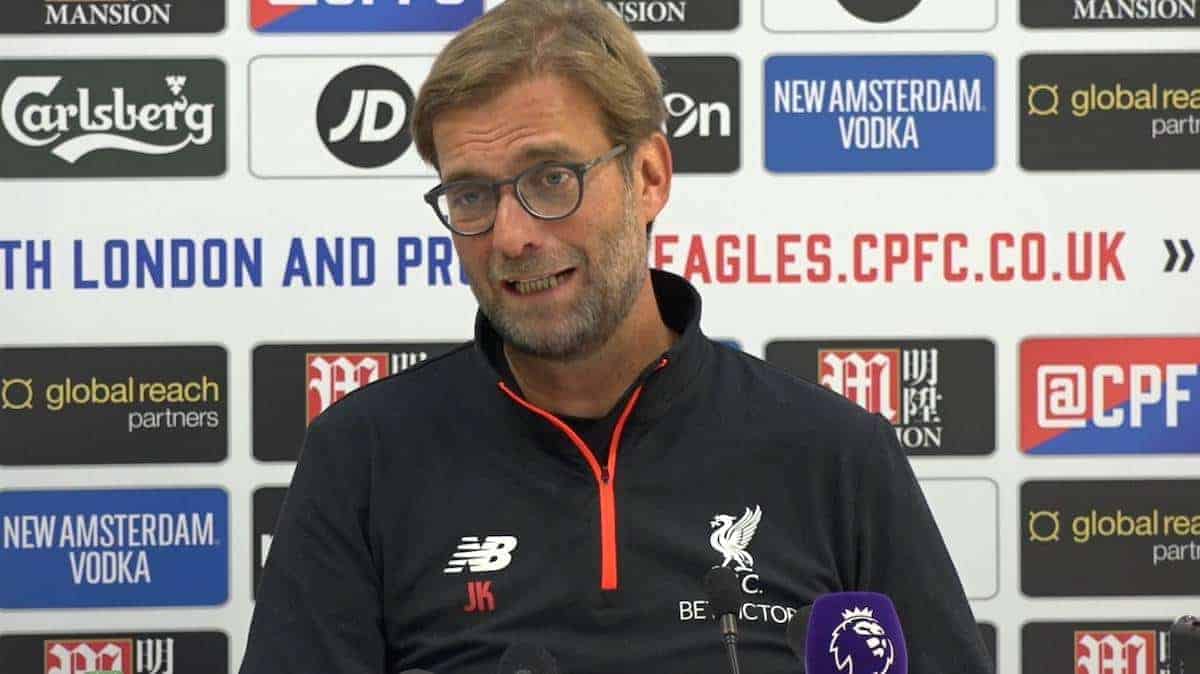 The Reds had another rollercoaster match, winning comfortably in the end thanks to Roberto Firmino‘s goal in the second half.

The first 45 had seen goals from Emre Can, Dejan Lovren and Joel Matip put the Reds 3-2 ahead.

“I think we were responsible for the bad atmosphere. Of course, it was all good [in the end].

“I was not too happy with the start, not clear enough, not direct enough. Good football-wise, but not how it should be.

“Then we scored nice goals and created unbelievable chances.

“We really could’ve scored more, I think everybody agrees with this.”

Liverpool’s next clash comes against Watford at Anfield on November 6, as they looked to extend their unbeaten run to 12 games and continue their fine start to the 2016/17 campaign.