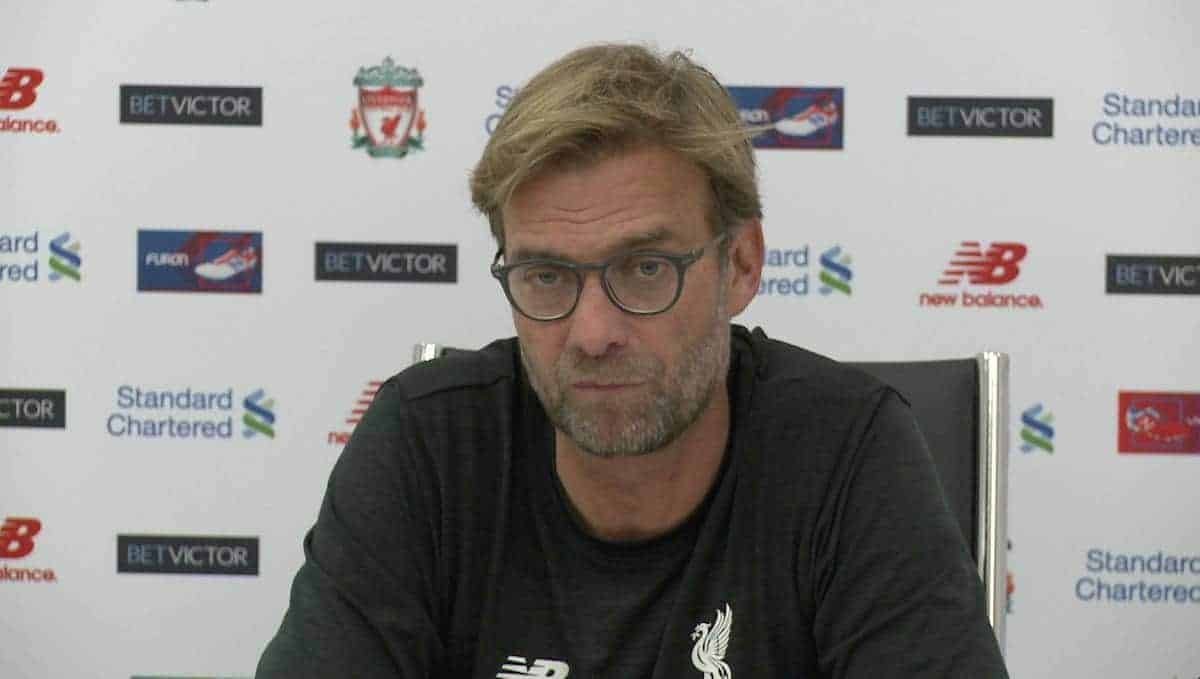 “It’s been a good week,” said Klopp when asked about Alex Ferguson’s words on him and the Reds this week.

“Is it allowed for me to say I like Alex Ferguson? I met him before I was Liverpool manager. Nice for him to say something positive about Liverpool, then it’s better than if he said something negative.

“But it doesn’t mean a lot. Doesn’t disturb us or help us.”

Asked about Christian Benteke, Klopp said he is not surprised by his form – “it’s no surprise” – saying: “We knew about his qualities. Every player needs the space to develop and show things.”

On injuries, Klopp revealed that James Milner missed training due to illness this week and will be assessed on Friday afternoon.

“We have a few knocks,” said the boss.

Klopp was asked about news relating to Liverpool merging the Melwood and academy sites, but said nothing had been decided yet. “It’s about looking for improvement,” he said.

On Joe Gomez‘s return from injury, Klopp said: “Joe looks really good but he was a long time injured. There is no rushing it. We don’t need to put pressure on him.

“During the international break we will have a game and he will play some minutes.”