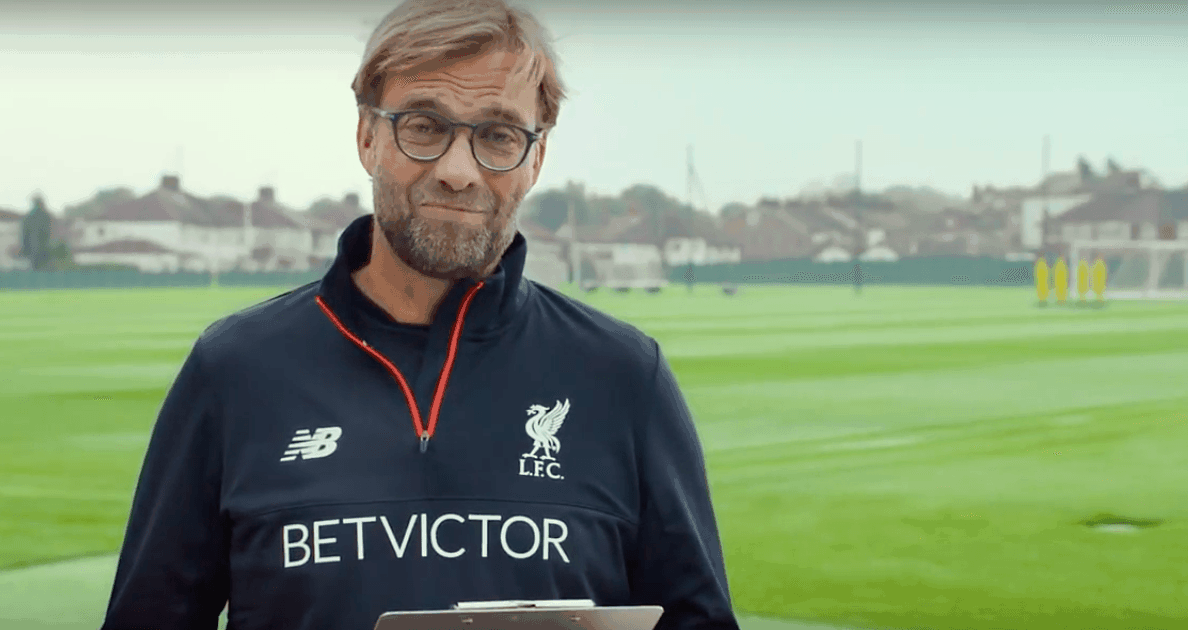 The advert is launching BetVictor’s new Golden Goal competition — a weekly free-to-play competition giving fans the chance to win up to £100,000 in this first week.

The competition asks punters to correctly predict the minute and scorer of the opening goal in a pre-selected match.

Klopp’s appearance follows on from many TV advert cameos in Germany, including Warsteiner and Opel, and more recently in Britain, Nivea.

The 49-year-old features in a segment filmed at Melwood whereby he tells viewers, “Statistically most goals are scored in the 45th and the 90th minute.

“But the average time for the first goal is the 31st minute. But this weekend? Who knows!”

This week BetVictor invite fans to predict the score of Chelsea vs. Manchester United, which kicks off at 4pm on Sunday, 23rd October.