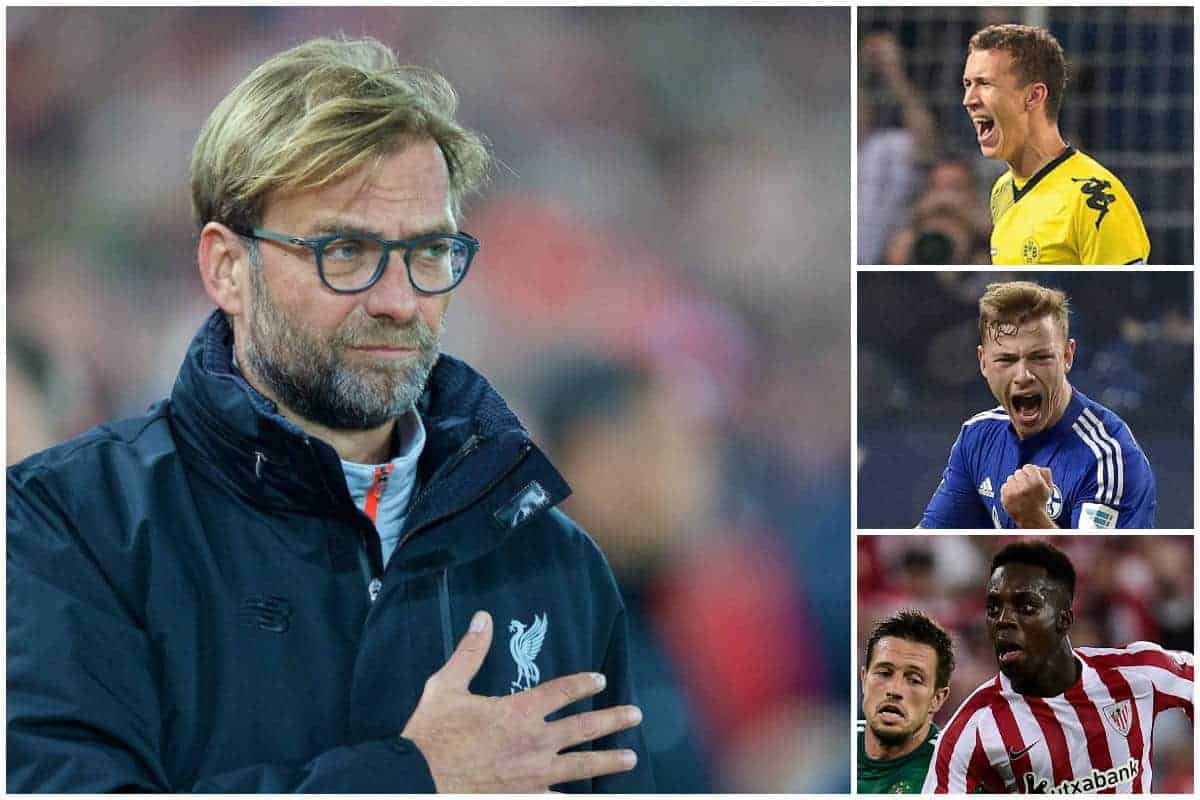 Liverpool manager Jurgen Klopp has a number of options to consider as he looks to the January transfer window to add to his wide ranks.

A season-ending injury to Danny Ings, and the impending departure of Sadio Mane on duty with Senegal at the Africa Cup of Nations, will leave the Reds short in attack in January.

Ings has been ruled out for up to nine months after damaging cartilage in his knee, while Mane’s key status for the Lions of Teranga means the 24-year-old could be unavailable from mid-January to the beginning of February.

Furthermore, if Mane does reach the AFCON final in Gabon on February 5, he is likely to require time to recover from the rigours of the tournament.

As a result, Klopp has revealed he could turn to the January market to supplement his squad, saying “we do not have many wingers.”

Youngsters such as Sheyi Ojo and Harry Wilson could fill in, but here are five new options for Klopp to consider ahead of the new year, including one player already on the German’s radar.

Klopp’s interest in FC Rostov forward Sardar Azmoun, and previously in Rubin Kazan midfielder Magomed Ozdoev, underlines his willingness to cast his net as wide as Russia in search of talent.

With this in mind, a move for Spartak Moscow’s high-flying Dutch winger Quincy Promes would provide a useful solution in January.

Promes was linked with a move to Tottenham Hotspur in the summer, having failed to agree a new contract with Spartak, but this failed to materialise, with Mauricio Pochettino instead opting for Georges-Kevin N’Koudou.

He has since signed a new deal with Spartak worth around £55,000 a week, but a move to the Premier League could still tempt the Dutch international.

Quick, versatile and multi-talented, Promes is most comfortable on the right wing and has scored five goals and laid on five assists in 10 games in the Russian Premier League so far this season. Speaking in July, Max Meyer sparked speculation of a future move to Liverpool by describing Klopp as a “great coach,” saying “I could maybe someday at least consider new experiences, if another club is interested, especially if the coach shows appreciation.”

However, Meyer is in no rush to leave Schalke unless the right opportunity presents itself, but with both the Reds and Spurs linked with a move for the young German in January, this could be sooner rather than later.

Meyer can play a number of positions across the forward line, and while he is a more measured, creative attacker than Mane, he could find a home on Liverpool’s right flank in the new year.

Likely an attractive prospect for Klopp, beyond Meyer’s creativity and intelligent movement, the youngster also has a very high work rate, and has averaged 1.9 successful tackles per 90 minutes in the Bundesliga this season, more than Mane (1.7), Philippe Coutinho (1.7) and Roberto Firmino (1.4).

Meyer could shine under Klopp at Liverpool, and his ability to perform a wide variety of roles would allow Mane to slot back in on his return from the AFCON, without compromising his own game time.

Young attacking talent Anwar El Ghazi finds himself in a troubling situation at Ajax this season, suspended from action after falling out with manager Peter Bosz.

El Ghazi has missed Ajax’s last three outings, instead turning out for the Amsterdam outfit’s U21 side, Jong Ajax, scoring in their 2-1 victory over NAC Breda on November 4, thriving on the right wing.

Like Mane, El Ghazi is a direct threat in the attacking third, blessed with skill, pace and the trickery required to thwart opposition defenders on the move.

Last season, the 21-year-old registered 11 goals and two assists in 27 Eredivisie games, averaging a direct goal contribution every other game, hitting his stride as a young player.

El Ghazi was linked with a transfer to Merseyside in the summer, and now may be the right time for Klopp to make his move. Liverpool were reported to be pursuing a move for Athletic Bilbao’s rapidly development young winger Inaki Williams in January, but the Spaniard signed a new contract under a week later.

Nevertheless, a January move for Williams would be a costly one, but as the £30 million spent on Mane and the £25 million paid to bring Georginio Wijnaldum to Anfield prove, Klopp is not adverse to spending big to secure his priority targets.

Williams, who scored 13 goals and laid on six assists in 37 games last season, has started the 2016/17 in more understated form, with just one goal and three assists in 15 outings.

Nevertheless, he is an exceptional young talent already capped at senior international level with Spain, and while it may be tough task convincing him to leave San Mames in January, he would be an excellent addition. There is a crucial caveat to consider when suggestion Ivan Perisic as a possible target for Liverpool: his previous, rocky relationship with Klopp during his time with Borussia Dortmund.

Perisic, who spent two seasons under the German in 2011/12 and 2012/13, was critical of Klopp’s selection process, with the manager responding that “complaining in public is childish.”

Four years on, however, Perisic has established himself as a hugely talented winger, following his time with Dortmund with spells with fellow Bundesliga side VfL Wolfsburg and, currently, Inter Milan in Serie A.

Perisic is the type of explosive, penetrative winger that could cover for Mane in the 24-year-old’s absence and, at 27—and boasting 245 top-flight appearances across Belgium, Germany and Italy, as well as 51 caps for Croatia—has the experience required to slot in at Anfield.

If Klopp and Perisic are able to bury the hatchet, the 6’1″ winger would be an ideal addition for a title-challenging Liverpool side.