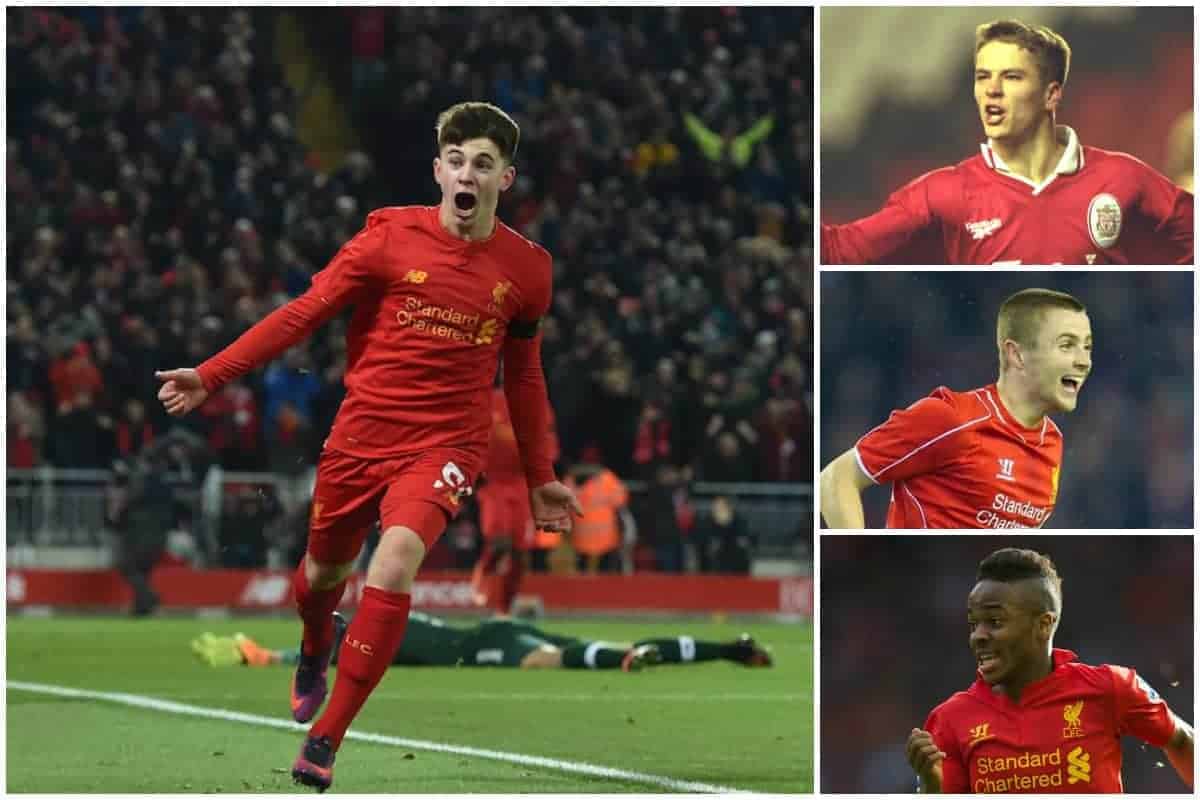 Academy graduate Ben Woodburn became the youngest goalscorer in Liverpool’s history with his strike in the 2-0 EFL Cup quarter-final win over Leeds.

Went on to score 158 goals in 297 appearances for the club, winning 89 England caps and scoring 40 times.

His first—and only—Liverpool goal came with a low long-range strike in the League Cup tie at home to Middlesbrough on September 23, 2014, which finished 2-2 with the Reds eventually winning 14-13 in an epic penalty shoot-out.

Made only five appearances as injury problems restricted his chances in his final season before he moved to Rangers in the summer of 2016. Sterling scored the winner in the 1-0 victory over Reading at Anfield on October 20, 2012, racing through the middle to score a one-on-one.

He scored 29 times in 123 appearances before a £49 million transfer deal took him to Manchester City in the summer of 2015.

The midfielder produced a man-of-the-match performance on his debut, setting up one goal and scoring Liverpool’s second in a 5-2 victory over Nottingham Forest on December 17, 1955.

Went on to score 79 times in 286 appearances. Left Anfield in 1964 to join Wolves and also had spells at Southampton, Aldershot and Crewe.

The left-winger scored his first goal in the 2-0 win over Sunderland at Anfield on March 14, 1953.