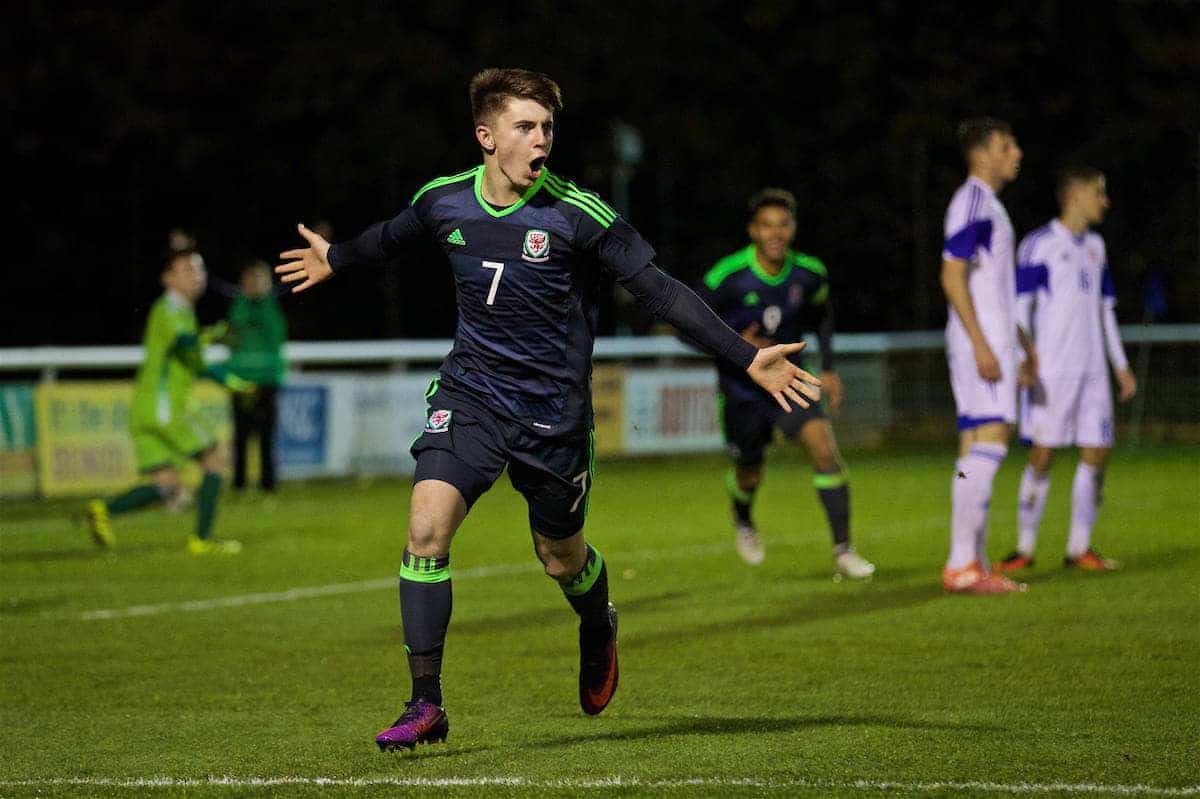 The teenagers, who both recently signed new long-term deals with the Reds, have been turning out for their respective youth international sides in Wales throughout the November break.

Woodburn and Wales, having lost 2-0 to the Greece U19s and defeating the England U19s 3-2 already, welcomed the Luxembourg U19s to the Bangor University Stadium for a 5pm kickoff (GMT).

The young forward started alongside the likes of Manchester United youngster Regan Poole and Everton midfielder Nathan Broadhead, with the Young Dragons conceding within three minutes.

However, Wales soon gained control, and Woodburn went close on the 15-minute mark, seeing his header saved by Bobby Jiang.

Luxembourg then regained their lead through Eric Brandenburger, but Broadhead notched another equaliser for the home side shortly after.

After heading into the interval at 2-2, Wales went on to seal a 6-2 win, with Woodburn scoring again on 50 minutes, fading a shot into the far side of the goal via a deflection.

Woodburn was also instrumental in Wales’ fourth, a strike from Liam Cullen, before Broadhead netted twice more to seal his hat-trick and an emphatic win for Geraint Williams’ side.

“I thought the performance was top-drawer,” Williams opined after the game, “and some of the goals were sensational.”

In Rhyl, Alexander-Arnold started at right-back as Keith Downing’s England U19s took on Greece, looking to seal progress to the elite qualifying round of the European U19 Championship in Georgia in 2017. And after a slow start for the Young Lions, Alexander-Arnold put his side 1-0 up from the penalty spot, netting his third goal of the international break.

This came after Arsenal forward Chris Willock, a former academy team-mate of Ovie Ejaria, was brought down in the penalty area.

Alexander-Arnold’s penalty sparked England into life, and they dominated for much of the night, with Trevoh Chalobah, brother of Chelsea midfielder Nathaniel, heading home on the hour mark to seal the victory.

Both Woodburn and Alexander-Arnold joined Klopp’s first-team squad for pre-season, with the latter remaining with the senior selection for the campaign.

Meanwhile, Woodburn made the step up from the U18s to the U23s this season, and has been in exceptional form.

With Klopp’s eye firmly focussed on their development, both he and Alexander-Arnold can hope to establish themselves for both club and country in the future.