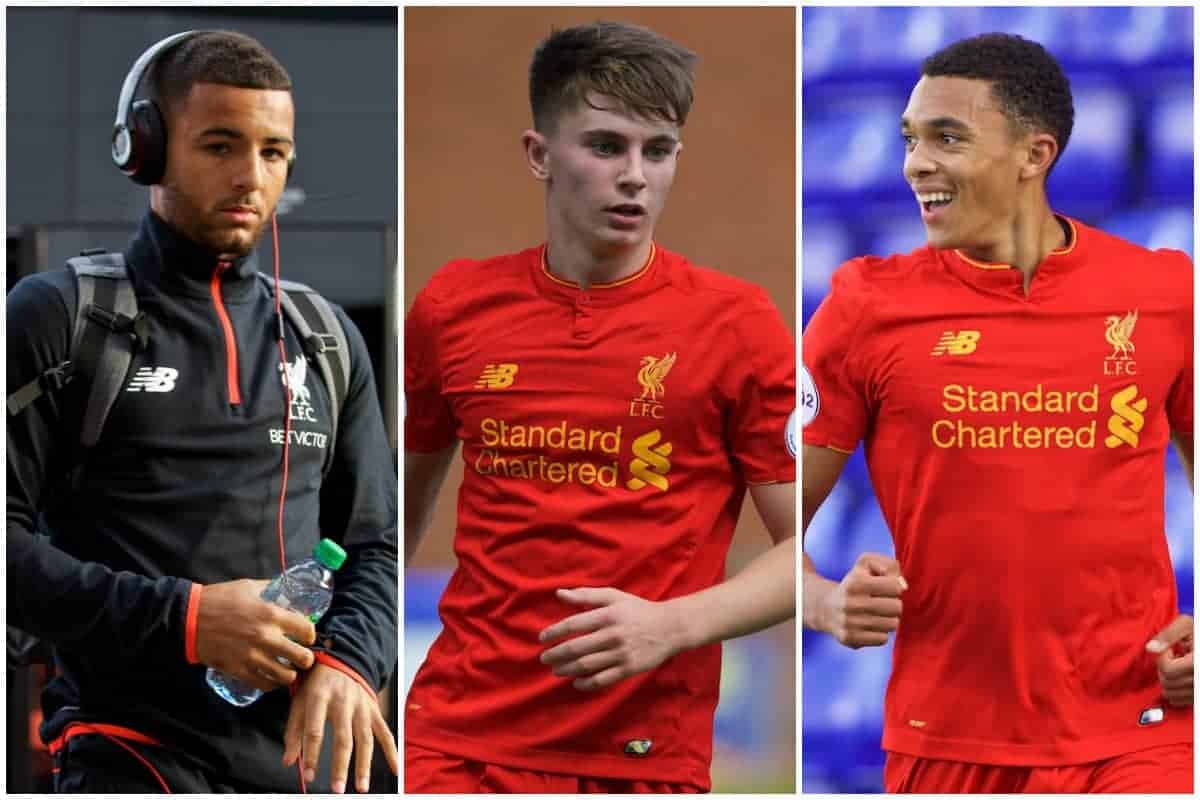 Liverpool academy trio Trent Alexander-Arnold, Kevin Stewart and Ben Woodburn have all extended their deals with the club.

The young trio, who have all featured under Jurgen Klopp since the German’s arrival, have put pen to paper on long-term contracts.

Alexander-Arnold and Stewart will now remain at the club until at least 2021, while Woodburn extended his deal for the maximum length for a 17-year-old, until 2019.

All three are seen by Klopp as important players for the future, with the manager urging the club to tied them down for the long term.

Speaking on the announcement of the trio’s new contracts, Klopp hailed their impact and their potential, with each at different stages in their transition into the first-team setup.

“This is really positive news, of course, and it’s brilliant we have acted decisively to show our intent with our young players,” he said.

“With Kev it is maybe a little different. He is of course established with us now and making a contribution as an important member of our first-team squad.

“Trent spends most of his time with the first team in this moment and is progressing each and every day.

“Ben is in those earlier stages and has a lot of developing to do still—but wow, what an exciting talent he is.”

Stewart and Alexander-Arnold have both already made their full debuts for the Reds under Klopp, the former against Exeter City in the FA Cup third round in January and the latter in the 2-1 win at home to Tottenham Hotspur in the League Cup round of 16 last month.

Woodburn is yet to feature in a competitive game for Klopp’s side, but has made a swift rise through the ranks, starring in domestic pre-season clashes and for the Liverpool Under-23s.

The Wales youth international is one of a hugely talented group that Klopp is working to ensure have the best chance of establishing themselves on Merseyside in the future.

“The most important thing for us is the pathway to the first team,” he continued.

“I think we have shown that with the work Alex [Inglethorpe] and his staff do at the academy, we offer a clear pathway to first-team football if the players embrace what is on offer for them.

“I cannot praise [the academy] enough for the culture and environment they have there. It is perfect.

“The players know that it’s not just about ability: it’s application and a willingness to keep learning.

“All three of these players are big talents and are at different stages of their development, but it is development that is key and they must continue to learn and improve to achieve their full potential.

“News like today makes it exciting for me and the first-team staff that their development will continue with us at LFC.”