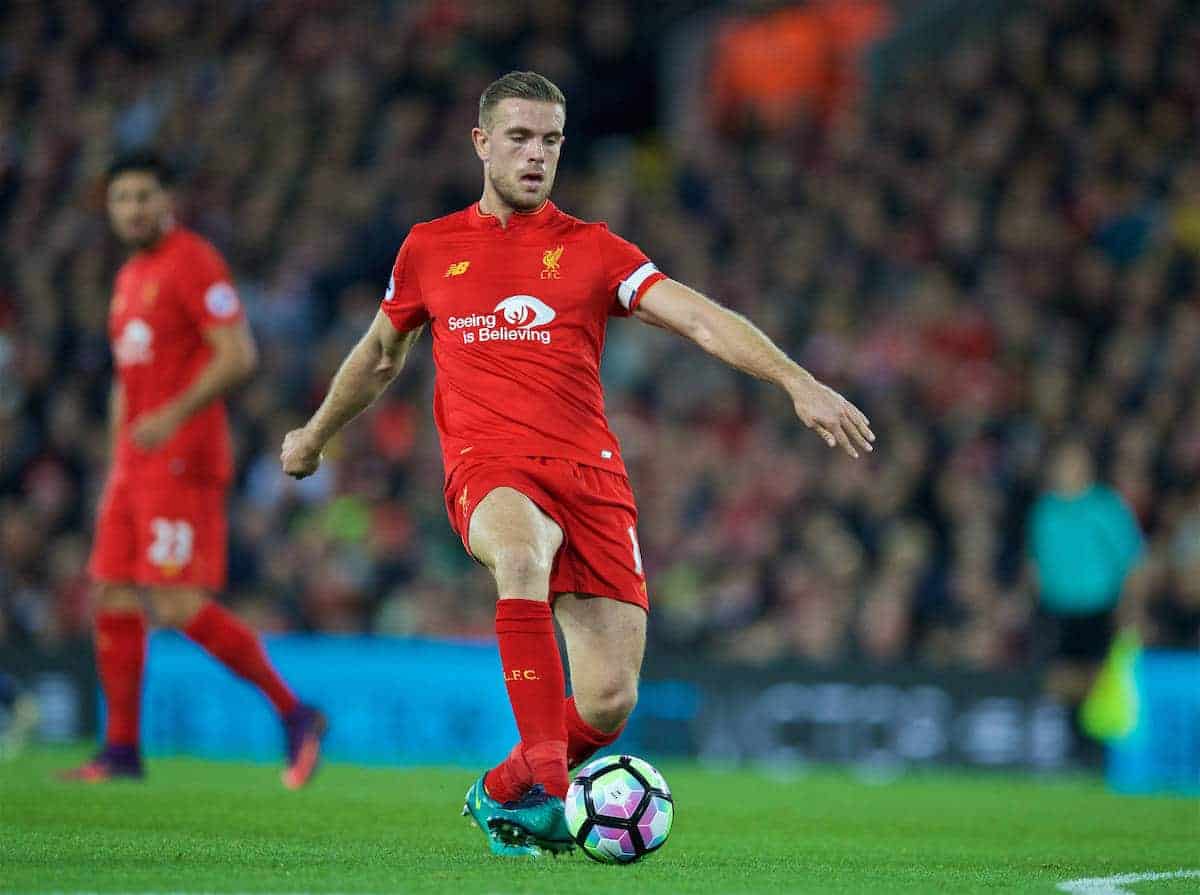 Eyebrows were raised when Jurgen Klopp decided to use Henderson as the deepest-lying midfielder in August, and shaky displays at Arsenal and Burnley did nothing to ease those fears.

Having struggled for form and fitness in 2015/16, real doubts were creeping in over whether the Reds skipper was good enough to thrive under his new manager.

The 26-year-old has responded magnificently from that tricky start, however, and he has been one of Liverpool’s standout performers over the last couple of months.

McAllister firmly believes Henderson has found another gear to his game, with his influence seemingly growing by the week.

“He’s always been a consistent performer but this season I think he’s had the most passes in the Premier League to date,” the former Scotland international told Liverpoolfc.com.

“That comes with confidence as well, he’s a player who’s looking to get on the ball and get touches.

“It’s been a very good start for the captain.

“He’s dictating the pace of the game and he’s one of the guys who’s very good at pressing, which is part of Liverpool’s tactics at this moment in time.”

It is testament to Henderson that he has adjusted so quickly to his new role, and it is yet further proof of Klopp’s faith in a player ultimately proving many wrong.

Nobody has covered more distance, completed more passes or made more tackles in the Premier League this season than the former Sunderland youngster, which says all you need to know about his influence.

For the first time, he looks like he believes he should be Liverpool captain, having initially struggled to replace Steven Gerrard.

Henderson has come a long way since his early struggles in a Reds shirt, and at 26, the hope is that his very best years still lie ahead of him.