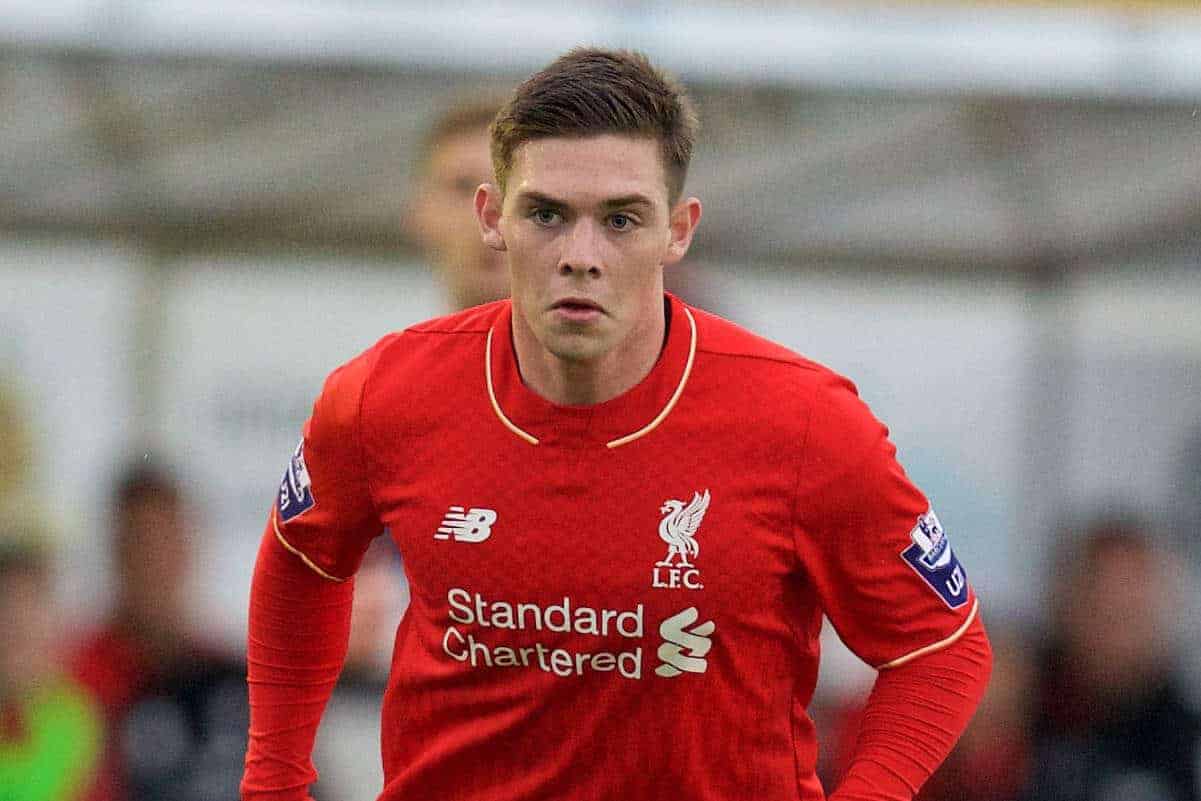 Liverpool academy striker Jack Dunn has returned to the club, after his loan deal with League Two outfit Morecambe was cancelled.

Dunn initially joined the Shrimps on a six-month loan deal at the end of July, with his terms set to run until the January transfer window.

However, Morecambe have now confirmed that Dunn is on his way back to Liverpool, with the two clubs agreeing the end his spell in Lancashire early.

“Jack is a good lad and we have enjoyed having him here,” Morecambe manager Jim Bentley said.

“For one reason or another it hasn’t worked out as we would have wanted in recent weeks so we feel at this stage it is best for all parties if Jack returns to Liverpool.

“We have a good relationship with the under-23 staff at Liverpool and we would like to thank them for loaning us Jack for the last four months.

“We would also like to thank Jack for his efforts and wish him the very best of luck for the future.”

Quite why Dunn’s time with Morecambe came to a negative conclusion remains to be seen, with the 22-year-old enjoying a bright start to life at the Globe Arena.

Dunn started each of his temporary side’s first nine League Two games, scoring two goals and laying on one assist, while he also netted a hat-trick in August’s 5-4 victory over Rotherham United in the League Cup.

But his game time dwindled at the end of September, and after playing 678 minutes in Morecambe’s first nine league games, he was afforded just 104 minutes in their last nine.

On four occasions, he wasn’t even named in Bentley’s matchday squad, and unsurprisingly Dunn failed to add to his goal tally for the season.

Morecambe won five of the nine league games Dunn started in, and have won just once since he was dropped, losing six times.

Liverpool were looking to guarantee their loan players feature in 75 percent of their temporary club’s fixtures, with financial penalties in line if this target was not reached.

This may be why Morecambe decided to end Dunn’s time with the club early; or, alternatively, he may be returning to Merseyside at his parent club’s request.

Dunn is unlikely to establish himself under Jurgen Klopp at Liverpool, instead likely to join Michael Beale’s U23s squad, and could be in line for another loan over on the turn of the year.