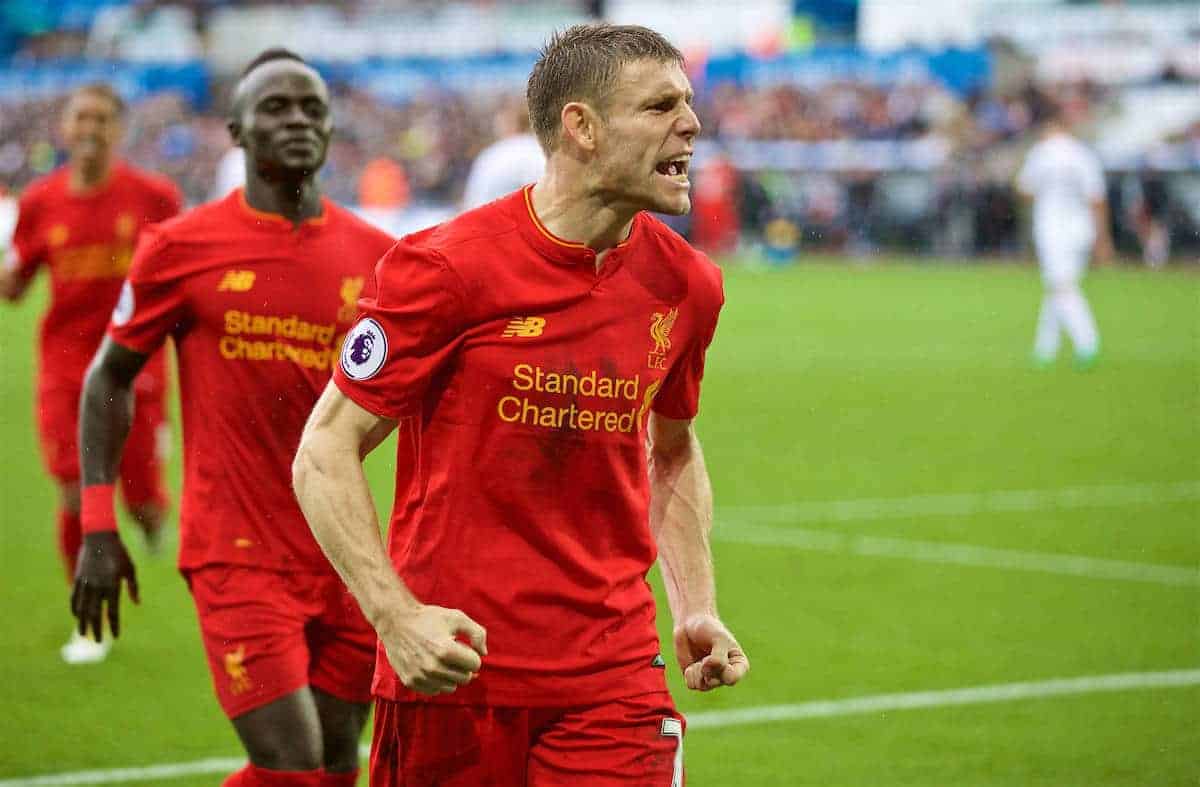 Jurgen Klopp is expecting to be able to call upon his full squad for Sunday’s clash with Watford, despite illness in the Liverpool camp.

The Reds welcome Walter Mazzarri’s Hornets to Anfield for a 2.15pm kickoff (GMT), hoping to extend their unbeaten run to 12 games.

After a convincing 4-2 victory away to Crystal Palace last time out, Klopp will be keen for his side to push on for their final outing before the November international break.

James Milner was absent for the trip to Selhurst Park through illness, but addressing reporters on Friday morning, Klopp explained how he was hopeful his squad had avoided further ailments.

“It’s how it always is in October, November and December. You have this little danger somebody gets ill,” he said.

“James was a little bit more than others. Emre [Can] was ill one day, Gini one day [Wijnaldum], but still three days to go before the game.

“We need to wait until the last second. We’ll do everything we can. In this moment, they’re all fit.

“We were really sensitive with this, now we have to wait. In this moment everything is good.”

Milner’s return to availability should see the 30-year-old reclaim his starting role at left-back, despite a pair of strong performances from Alberto Moreno in Liverpool’s last two outings.

Meanwhile, Can will be battling with Wijnaldum for a place in Klopp’s lineup, though his goal against Palace will have highlighted his strengths in the box-to-box role, along with the depth of Klopp’s squad.

Both Joe Gomez and Sheyi Ojo have returned to outdoor work following long-term injury, but won’t be considered for selection.

But while the young duo have recently vacated the Melwood treatment room, Danny Ings has now taken their place, having suffered a knee injury in the Reds’ 2-1 victory over Tottenham Hotspur in the League Cup round of 16 last month.

Otherwise, Klopp has a full complement of talent to choose from, presenting a considerable challenge for Mazzarri’s in-form Watford.