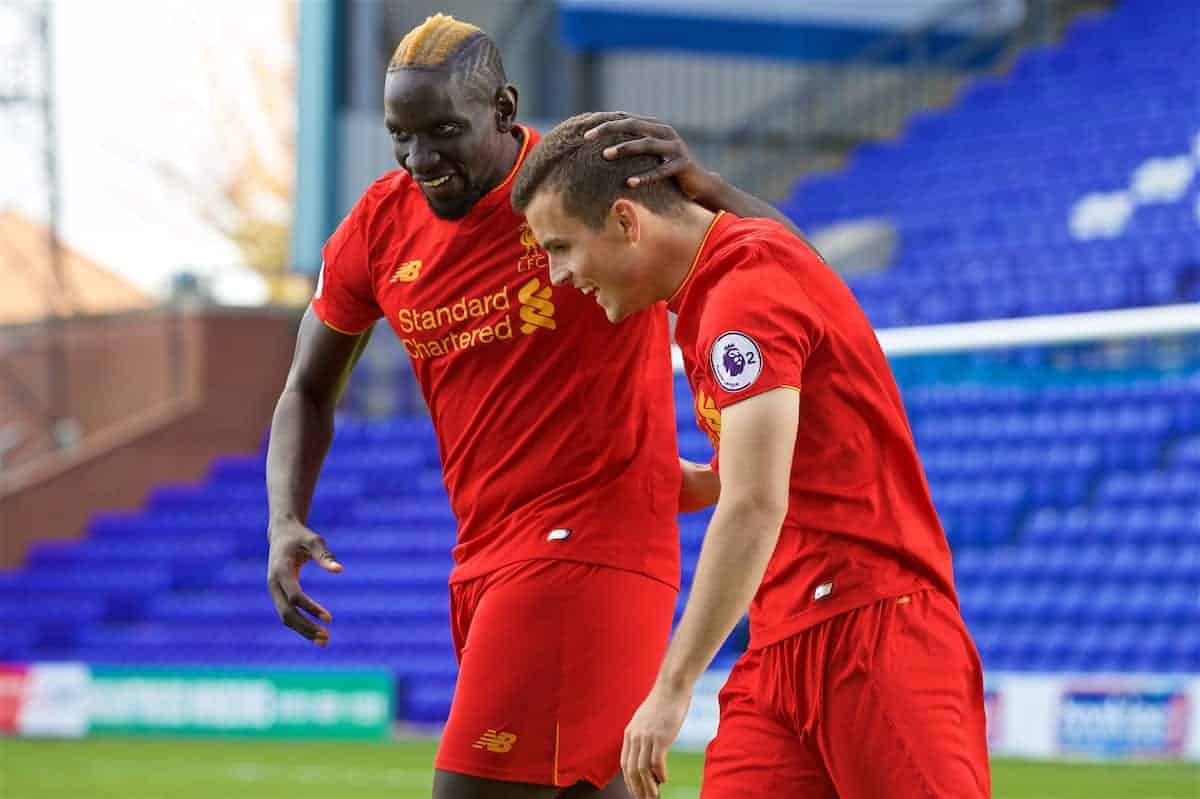 An early goal from the excellent Mamadou Sakho helped seal a 2-0 victory for the Liverpool U23s at home to the Reading U23s on Sunday.

After draws for both the first team and the U18s on Saturday, Micheal Beale’s U23s took to Tranmere’s Prenton Park on Sunday afternoon in search of another victory.

Heading into the clash having lost just once in their last league games, and on a run of three games unbeaten in all competitions, the Young Reds will have been confident taking on a Reading side languishing in 10th in Division 1, having taken 10 points from their last nine games.

Looking to go one better than their junior and senior counterparts, the U23s were ultimately successful.

Unsurprisingly dominant given the gulf between them and Reading, Beale’s U23s started strongly and kept up the pressure throughout the first half.

It took just 15 minutes for the Young Reds to break the deadlock, and it was Sakho who was on hand to turn home, after Ovie Ejaria‘s initial effort was parried by Luke Southwood.

Ejaria—who was deployed on the left flank in a 4-3-3 with captain Harry Wilson missing out—was in brilliant form throughout, and went close on two more occasions before the break, most notably as he sent the ball over the bar just after the half-hour mark.

Fielded at the base of Beale’s midfield, Stewart was bullish on and off the ball, while Sakho shone at the back, covering for a rare error from Ilori just before half-time as Andrija Novakovich surged through on goal. Reading started the second half reinvigorated, playing with more aggression and forcing Liverpool towards their own goal with powerful attacking moves, demanding the best from the experienced Sakho at the back.

But the Young Reds eventually regained control, and Brannagan could have made it 2-0 with just over 15 minutes to play, but with the U23s racing forward with four on two, substitute Jordan Williams overhit his pass and the move broke down.

Corey Whelan, who made his debut for the Republic of Ireland U21s in La Manga this month, provided Beale’s side with a useful outlet driving forward from right-back, almost laying on a second with a low ball cut back into the box on 80 minutes.

Shortly after, Williams made amends for his poor pass earlier in the half to play an excellent through ball for Madger Gomes, with the Spaniard laying it into the path of Woodburn.

The Wales U19 international beat Southwood at the second time of asking, sealing a comfortable victory for the U23s in their penultimate Premier League 2 clash of the month.