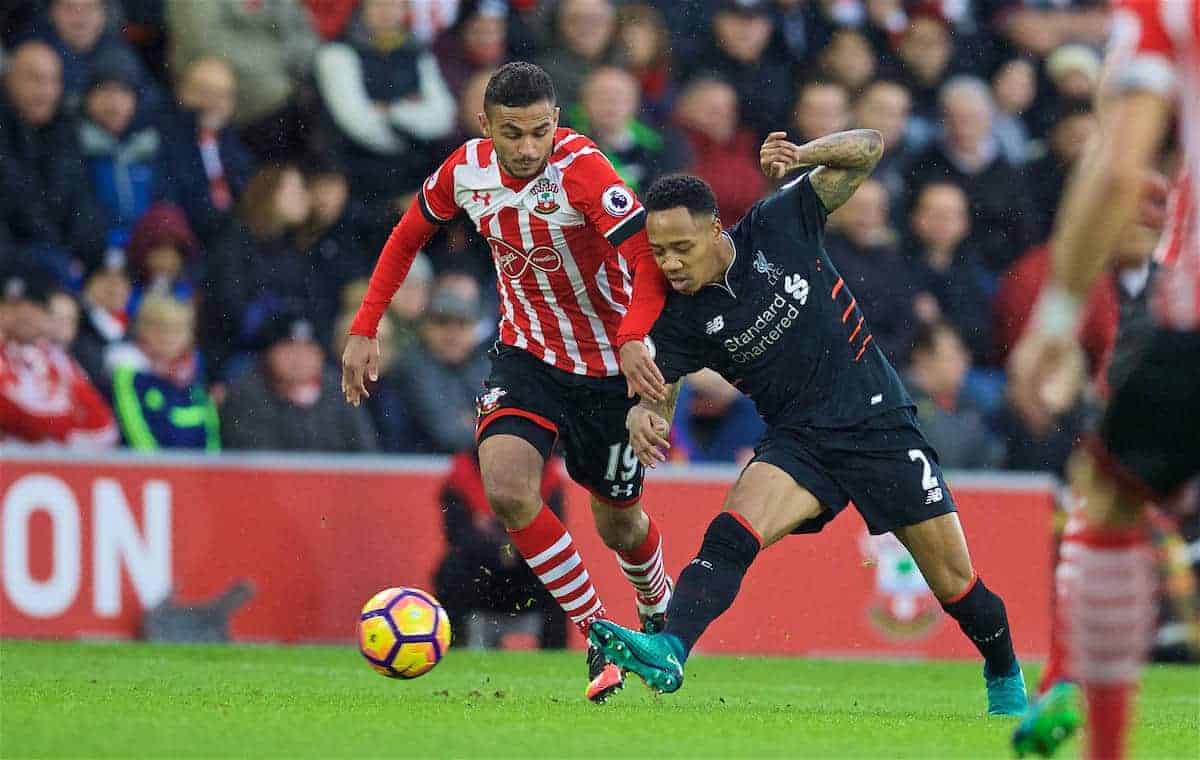 Liverpool were held to a frustrating 0-0 draw against Southampton at St Mary’s in which Jurgen Klopp‘s side dominated for most of the game.

Adam Lallana was forced to sit out after picking up a minor groin injury during England’s 2-2 draw against Spain on Tuesday evening but Philippe Coutinho was a surprise addition in the starting XI after he was also an injury doubt prior to the fixture.

Liverpool’s best chance of the first-half came after half an hour from Sadio Mane but he was denied by an excellent save from Southampton‘s Fraser Forster. It was a fairly quiet opening 45 minutes though and the two teams went into the break goalless.

Coutinho had an excellent chance to take the lead early into the second half but Southampton‘s centre-backs were terrific the entire game and a last ditch tackle from Jose Fonte prevented the Brazilian from scoring.

Further chances from Emre Can and Roberto Firmino were also thrown away as the hosts continued to defend with solidity.

Daniel Sturridge eventually came on as a substitute and almost made an immediate impact, setting up Nathaniel Clyne but Liverpool were unable to break the deadlock and the game ended in a disappointing 0-0 draw.

Here is a selection of the best reactions in the story of the game.

Fans were surprised to see Coutinho in the starting line-up, while Daniel Sturridge remained on the bench.

Thought for sure Sturridge would start today. Hope we're not taking any chances on Coutinho's fitness. I'm sure we're not. #LFC

It was an underwhelming first-half but fans urged the team to find a way through.

@LFC This is the kind of game we need to grind out a win. City would, Chelsea would. That's how C'ships are won. #YNWA the Reds.

Southampton defending, especially Van Dijk, have been impressive. But we own the game! Goals will come for @LFC ??? #SOULIV

Fans were becoming impatient in the second-half and couldn’t believe it when Firmino missed a sitter.

Bobby should have put that away! #LFC

OMFG NOOOOOO!!!
Firmino you have to score there!! Can't believe he missed the target there! Damn it, unlucky! ?

It took 77 minutes for Jurgen Klopp to make his first substitution – bringing on Sturridge for Can.

Sturridge in for Can with 12 minutes of regular time left. That's a change that could shake things up. #LFC #SOULIV

Save us Sturridge #LFC

Hope it's not to late! #sturridge come on #LFC

In the end, Liverpool wasted an opportunity to extend their lead at the top of the Premier League table and it was frustrating for fans as the game ended 0-0.

We dominated the game, we have to be winning these games, but gotta take the positives out of it #LFC

Ohhh well, a draw it is then. Nonetheless good perfomance by #LFC.

Playing Southmpton away and they decide to sit and park the bus.

Should of won today. So frustrating. At least it isn't a loss #LFC

Pissed at dropping 2points today. Thought we were good enough to take all 3. Needed to be more clinical. #YNWA #LFC #RedTillDead #WeGoAgain

Can't be too critical of #LFC today, Reds generally better against teams who play miserable football but harder when 'better' sides do it.

In many ways a frustrating 0-0, in others the respect shown to Klopp’s side spoke volumes about progress made. All out defence from Saints.