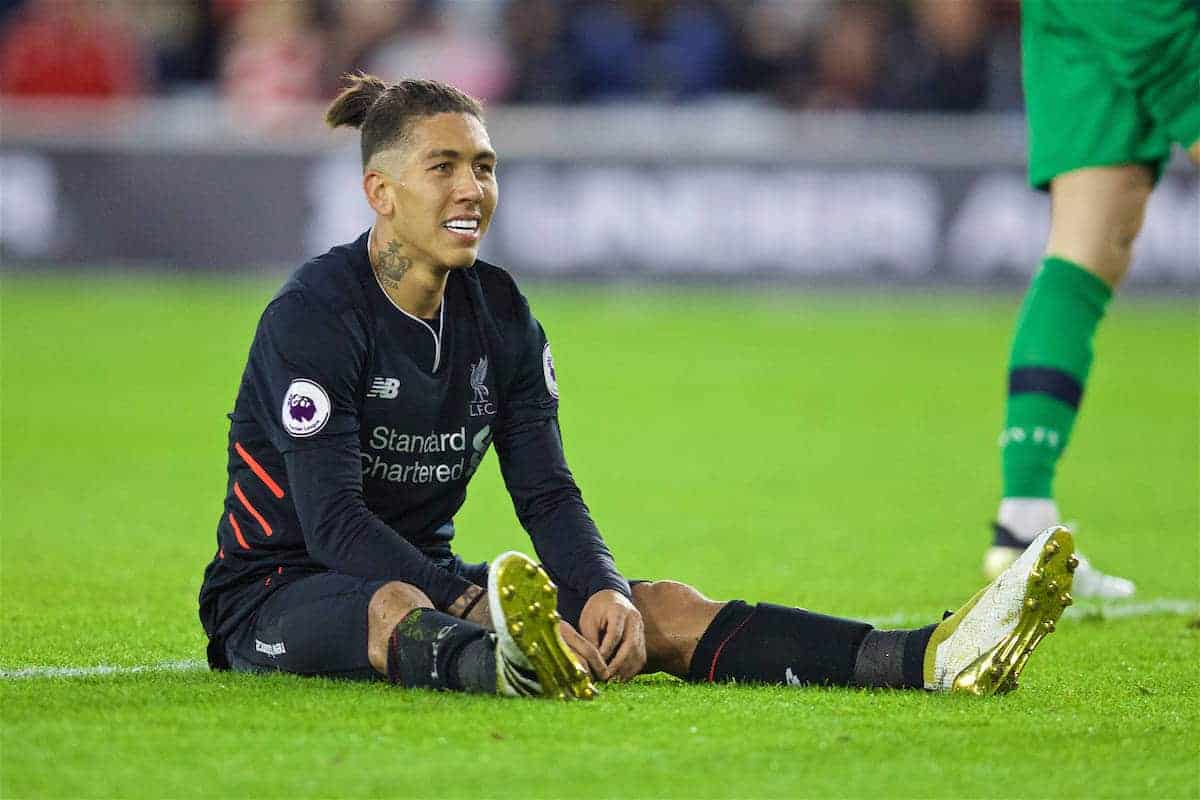 A strong defensive showing from Southampton saw Liverpool held to a disappointing 0-0 draw at St. Mary’s Stadium on Saturday afternoon.

After another gruelling international break, Liverpool made the trip down to the south coast to take on a familiar adversary in Southampton, looking to retain their place at the top of the Premier League table.

Taking 26 points from a possible 33, the Reds went into the clash without former Saints midfielder Adam Lallana, who suffered a groin injury on international duty with England.

Despite this, Jurgen Klopp was able to name a strong starting lineup, bringing in Georginio Wijnaldum, while Philippe Coutinho recovered from a minor hamstring concern to take on a struggling Southampton side sat in 10th.

Claude Puel’s outfit had taken just 13 points from their first 11 games, but they made life difficult at St. Mary’s, as a formidable Southampton defence held Liverpool for a point.

Backed by a booming away end, Liverpool enjoyed dominance in the opening stages, though the final pass eluded the likes of Roberto Firmino and Sadio Mane pushing forward.

The game’s first big chance came in the 29th minute, and it fell to ex-Saints winger Mane, but with his curled effort heading for the top corner, Fraser Forster stretched to make an excellent save, followed by chants of “England’s No. 1” from the home support.

Southampton midfielder Oriol Romeu kept Coutinho quiet for much of the first half, with the Brazilian’s first attempt on goal coming after the half-hour mark and sailing wide of Forster’s post.

Liverpool kept pushing throughout, with Mane thwarted by an excellent challenge from Virgil van Dijk when through on goal, with the first half ending at 0-0. Klopp sent his side out early for the second half, and looked to have made it clear what he expected, with Liverpool re-energised after the break, but Mane and Coutinho both spurned great chances.

The Reds continued to create openings both from slick moves in open play and dangerous balls from set pieces, but a goal remained elusive, while Charlie Austin came close with a powerful header at the other end.

The opportunities became more clear cut, but the misses became more glaring, with both Firmino and Emre Can wasting chances in the penalty area—the latter when one-on-one with Forster.

Looking for a game-changer, Klopp brought on Daniel Sturridge with 12 minutes left to play, and the No. 15 certainly brightened up Liverpool’s attack, but it proved a frustrating day for the Reds overall.