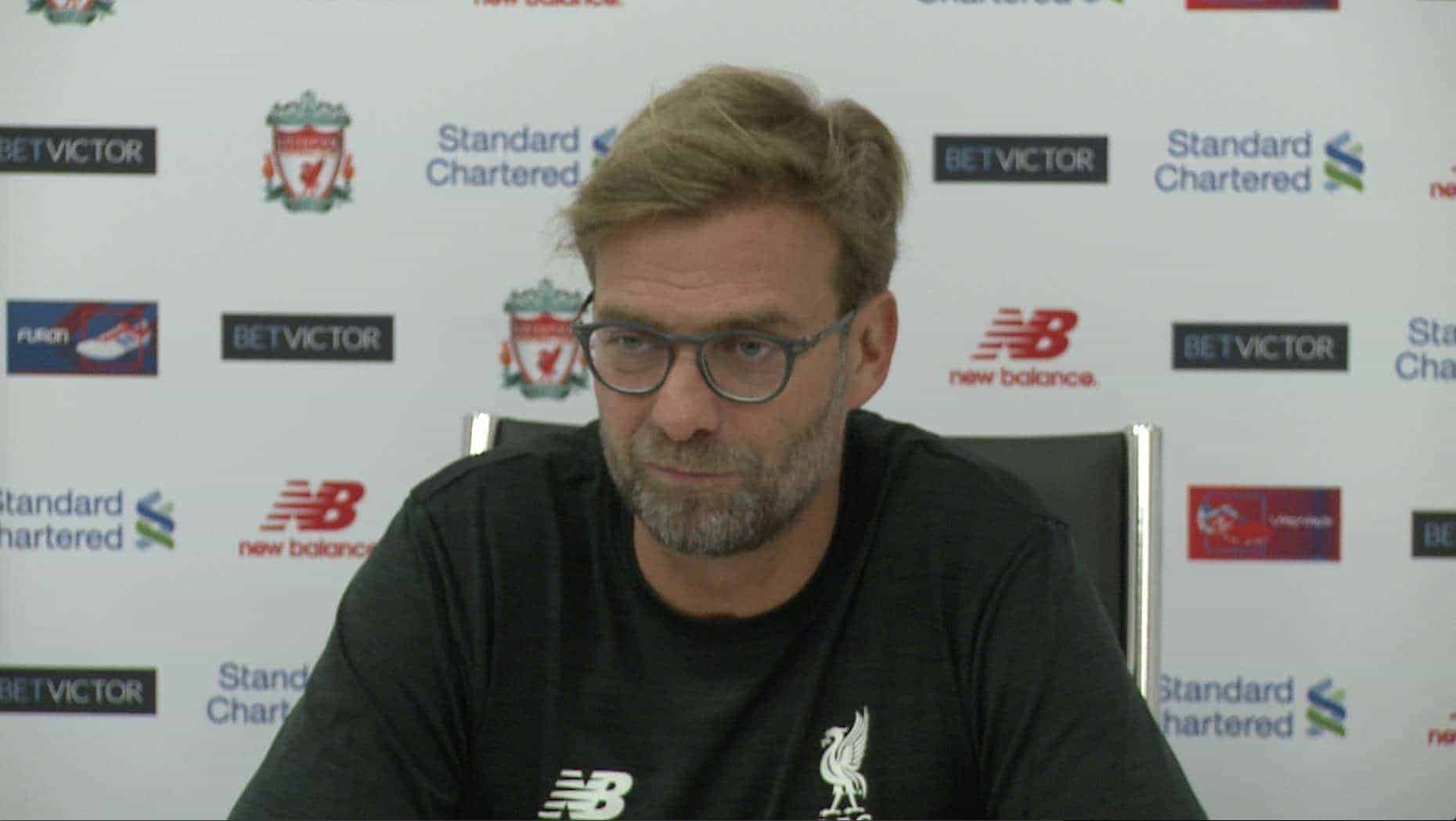 Watch Jurgen Klopp speak to the media ahead of Saturday’s trip to Southampton in the Premier League.

Asked about pictures showing Man United‘s Rooney drinking in the early hours after last week’s international against Scotland, Klopp cut through the hyperbole and instead told journalists he felt for players in this situation.

“All the players, legends, you still love, they drank like devils and they were still great players!” said Klopp.

Providing an injury update on Adam Lallana, the boss said: “95% is good news. It will be close (for Southampton). Hopefully not too serious, we have to wait.”

Speaking about Coutinho’s links to Barcelona, Klopp said: “We have to create an atmopshere that nobody wants to leave.

“We all hope and think that his future is here. He’s still very young – 24, a long way to go, space for improvement, development.”