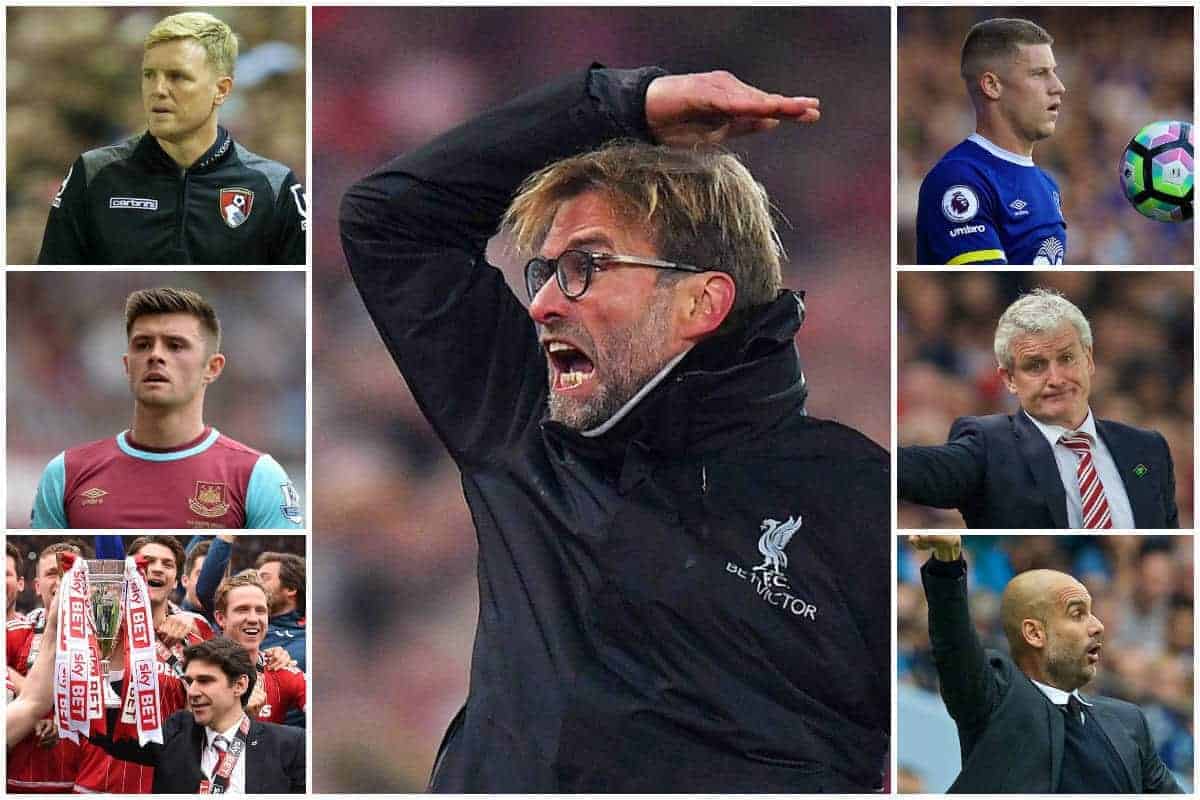 Liverpool will play six Premier League games in December, as they look to continue their title challenge under Jurgen Klopp this season.

The Reds rounded off November by sealing a place in the League Cup semi-finals through a 2-0 victory at home to Leeds United, while a similar triumph over Sunderland maintained their league form.

Heading into December second in the table, one point behind leaders Chelsea and having not suffered defeat since August, Klopp’s side will be looking to finish 2017 on form.

Three home games and three away trips face Liverpool in the final month of 2016, presenting them with a great chance to continue their excellent run.

Here, we preview the month ahead for the Reds, with fixtures, talking points and a comprehensive academy overview.

That Liverpool’s only defeat so far this season came away to Burnley over three months ago is remarkable, with Klopp’s side sustaining a high level of form in both the Premier League and the League Cup.

Relenting to the demand for festive football, this month features six league encounters for the Reds, with the majority of those winnable fixtures on paper.

Of Bournemouth, West Ham, Middlesbrough, Everton and Stoke, only the latter head into December having won their last fixture, with the Potters defeating Watford away from home on November 27.

Furthermore, of those sides, only Everton reside in the top half of the table at the beginning of month, with Ronald Koeman’s Toffees taking 19 points from their first 13 games in the league.

A questionably scheduled clash with Man City on New Year’s Eve serves as the culmination of Liverpool’s efforts in the first half of the season, and could see the Reds make headway in the race for the title.

Liverpool begin December ahead of City on goal difference only, and Klopp pitting himself against Pep Guardiola once again will provide an enthralling contest at Anfield.

Unfortunately, Klopp is without one key man for the whole month, with Philippe Coutinho ruled out for the rest of 2016 with an ankle injury suffered in last month’s 2-0 win at home to the Black Cats.

Coutinho was joined by Adam Lallana (groin), Daniel Sturridge (calf) and Roberto Firmino (calf) on the treatment table towards the end of November, with Danny Ings (knee) already sidelined.

Klopp is likely to be able to call upon Lallana, Sturridge and Firmino on a regular basis in December, but their initial absence has presented the likes of Divock Origi and youngster Ben Woodburn the chance to impress.

Both scored in the Reds’ final clash of November at home to Leeds, with Klopp utilising his peripheral figures at a crucial stage in the season—and December will continue to test the strength of his squad.

At the other end of the pitch, Liverpool head into December on the back of three consecutive clean sheets, and Klopp will be hoping for this to continue against the likes of Bournemouth and West Ham.

Michael Beale’s U23s have produced a solid run of form in recent weeks, and are currently six games unbeaten in all competitions.

After their first 11 games, the Young Reds are third in Premier League 2’s Division 1, just three points behind league leaders Everton, who are the only side to score more goals, with 24 to Liverpool’s 23.

Two friendlies, against FC Nurnberg and Wigan Athletic are also scheduled, as Beale looks to preserve the fitness and fluency of his side ahead of 2017.

One player looking to make the most of his outings for the U23s is Joe Gomez, with the 19-year-old playing the full 90 minutes in two games at the end of November, following a year out with an ACL injury.

Gomez’s recovery will be a priority for Beale, with the centre-back primed for a first-team role when he reaches full fitness, while Woodburn, Trent Alexander-Arnold and Ovie Ejaria will also be looking to sustain their form throughout December. While Premier League 2 is proving a fruitful competition for all sides at U23 level, the same cannot be said of the U18 Premier League, with a gulf emerging at the top of the table.

Man City begin December six points clear of second-placed Everton and 11 points ahead of fourth-placed Liverpool, despite Neil Critchley‘s youngsters finding themselves in excellent form in all competitions.

The U18s have not lost in eight games, and will be looking to keep this unbeaten run going against Middlesbrough and Stoke in the league, and Crystal Palace in the FA Youth Cup.

Rhian Brewster, Yan Dhanda and Toni Gomes remain the ones to watch in Critchley’s squad.