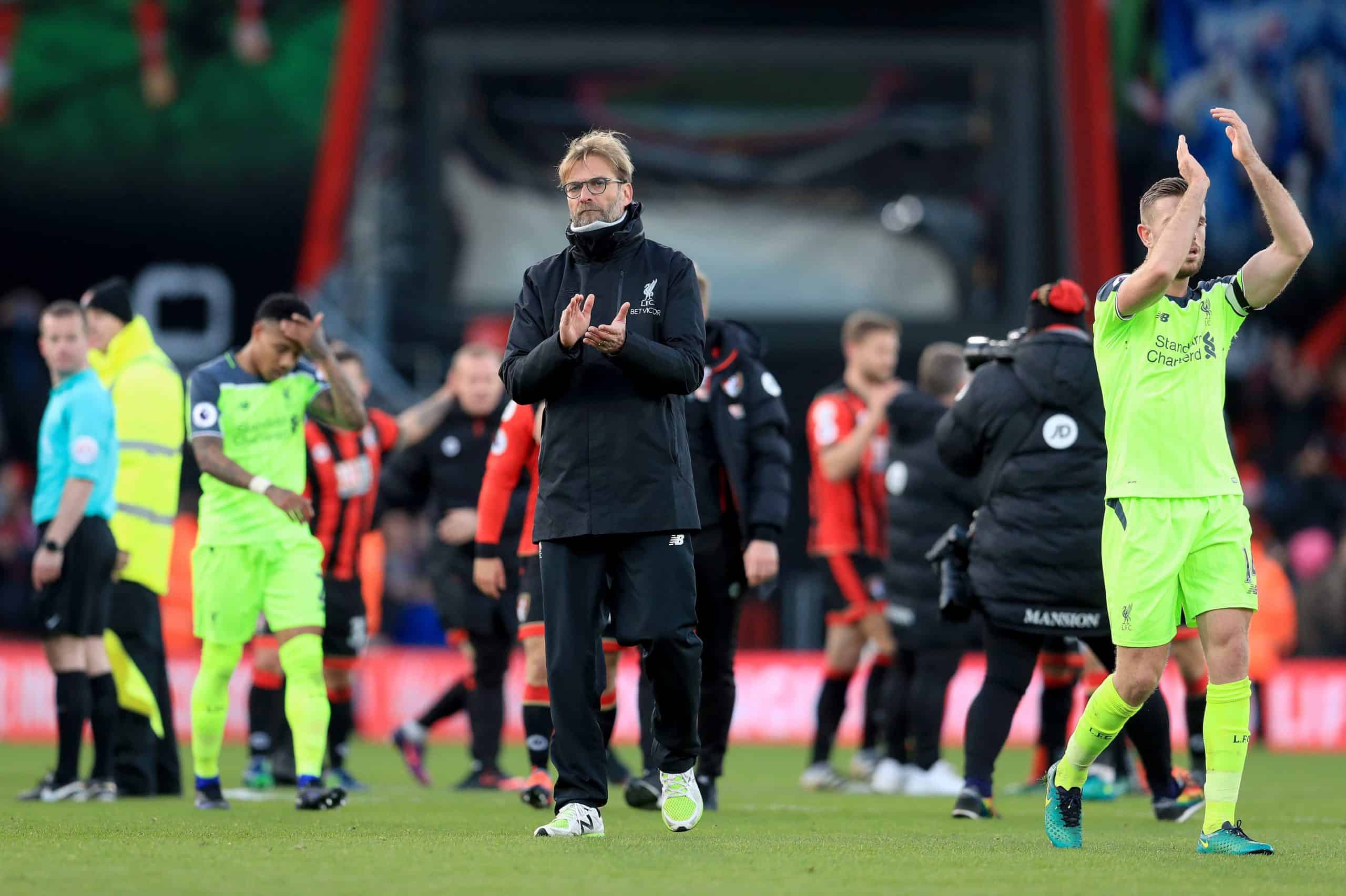 Liverpool’s 15 match unbeaten run ended in dramatic fashion, losing 4-3 after being 2-0 and 3-1 up against Bournemouth.

Adam Lallana returned to the squad but wasn’t named in the starting XI as Joel Matip also missed out through injury.

Divock Origi retained his place in the side after scoring against Sunderland and Leeds United And scored a sensational goal in the first half.

Origi scored just minutes later but Bournemouth got themselves back into the game when Callum Wilson netted from the penalty spot early in the second half.

Liverpool bounced back through Emre Can but a late goal from Bournemouth‘s Nathan Ake sealed a hugely disappointing 4-3 loss for Jurgen Klopp‘s side.

Here are some of the reactions from Liverpool fans throughout the game:

Matip’s injury came as a shock and fans were a little anxious to see Lucas lineup in defence – thoughts that later came to the fore as the defence crumbled late on:

Not having Matip will be a big miss today but I'm sure we'll pull through! #LFC

No Matip or Coutinho – two of our best players so far this season. Today will say a lot about how serious we are this year.

Mane opened the scoring after 20 minutes and Origi netted another stunning goal just moments later and Liverpool looked in control:

What a finish!!! #Origi is forgiven for missing that sitter earlier!!! Great start #lfc #ynwa #bouliv

The second half though saw Milner concede a penalty after 55 minutes – with fans criticising Dejan Lovren for his mistake in the lead up:

For me that penalty is down to Lovren not clearing his header away. Milner made the foul but Lovren caused the situation

Poor by Milner for the penalty but what was Lovren at , shocking piece of defending #LFC

What the hell happened to Lovren second half? Completely lost his head.

A late goal from Nathan Ake eventually snatched victory for Bournemouth, with Karius’ role in the goal certainly questionable:

I maintain that Karius had been improving of late but second half today he extremely poor. Massive test for him to come back from it. #LFC

Fans were devastated at full-time after they suffered a hugely disappointing defeat:

Too many injuries and team has collapsed. Will be a fight to finish top four. This isn't good enough. Need to buy some players #lfc #YNWA

Champions will win this game

Just shows how much Matip was doing #LFC

How has this happened…

Hats off to Bournemouth. Never gave up and were brilliant last 20 minutes. Days like this happen, unfortunately. Must bounce back now.

Today was a chance to prove we could perform without Matip & Coutinho. A test well and truly failed.

That was a shambles. No one was ready to fight. Not blaming one player but Karius must do a lot better.

All I want for Christmas is you pic.twitter.com/6gim6YHzo3