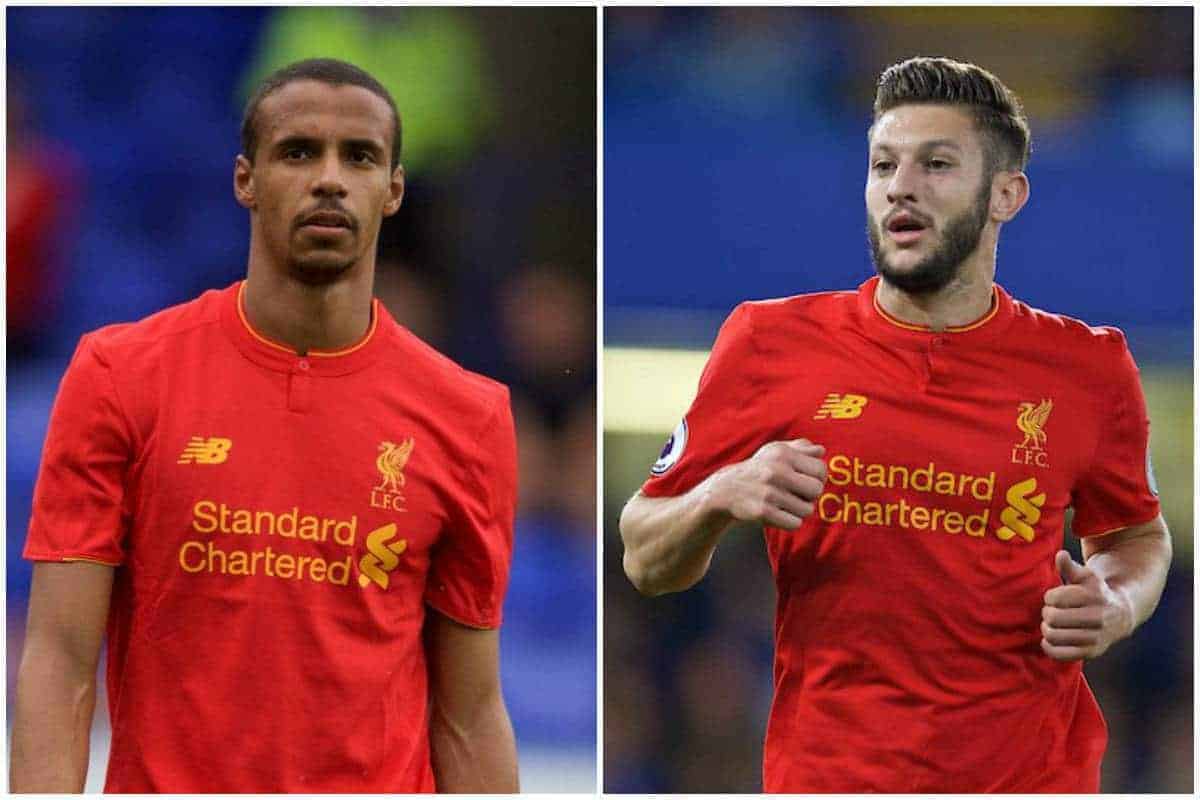 Jurgen Klopp has named both Joel Matip and Adam Lallana in his Liverpool lineup to take on West Ham United on Sunday afternoon.

The Reds are looking to return to winning ways after a miserable 4-3 collapse away to Bournemouth last time out, and are well placed to do so.

Set to welcome an out-of-form Hammers side to Anfield for a 4.30pm kickoff (GMT), Klopp’s Liverpool can hope to continue their push for the Premier League title.

The German has made two changes to the side that fell to defeat at Dean Court, with both Matip and Lallana starting after injury.

Despite recent criticism, Loris Karius keeps his place between the sticks, behind a back four of Nathaniel Clyne, Matip, Dejan Lovren and James Milner.

Jordan Henderson continues his residency in the No. 6 role, with Lallana joining Georginio Wijnaldum in Klopp’s three-man midfield.

With Philippe Coutinho and Daniel Sturridge both ruled out with injury, Sadio Mane, Roberto Firmino and Divock Origi link up in attack.

Emre Can misses out with a knee injury, though it is not believed to be serious.

Liverpool vs. West Ham is being shown live on Sky Sports 1 in the UK, which is available to stream live with a NOW TV day pass.