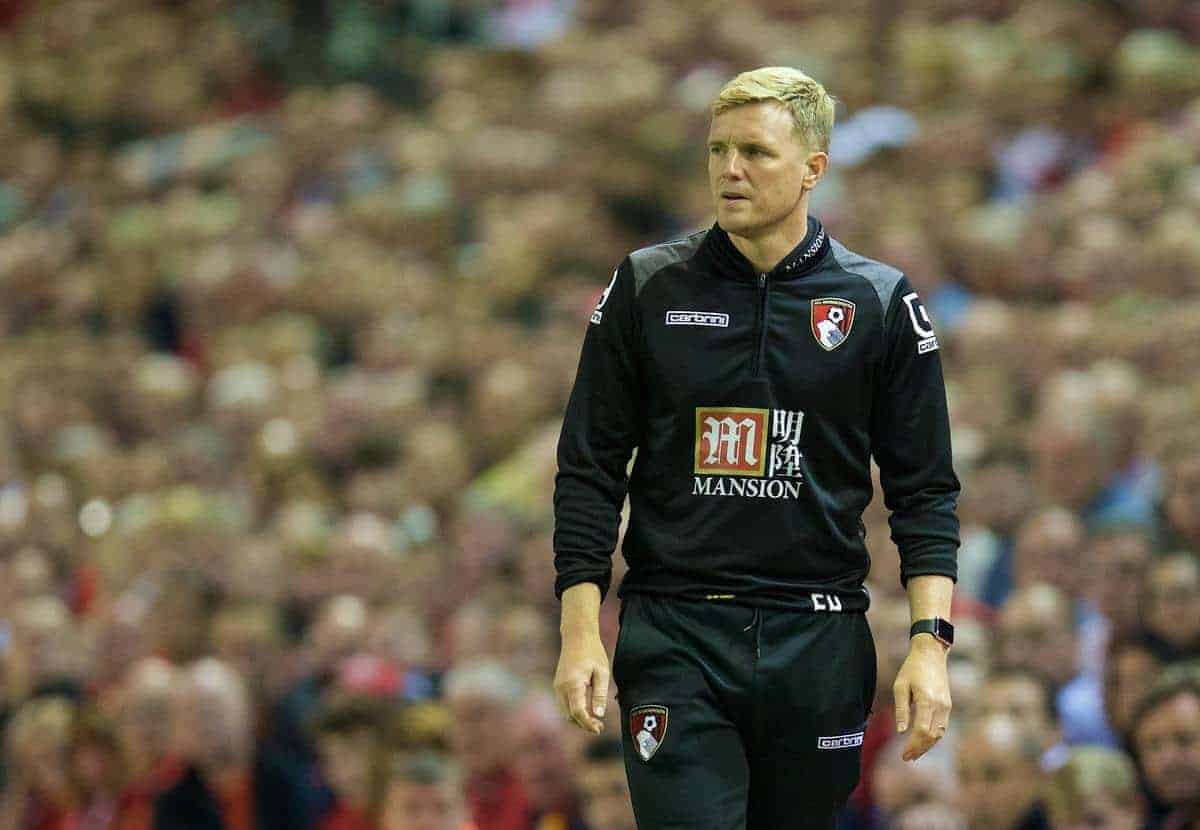 Bournemouth manager Eddie Howe has tipped Liverpool as Premier League title contenders this season, but is preparing his side for a win on Sunday.

Howe’s Cherries welcome the Reds to Dean Court for a 1.30pm kickoff (GMT), on the back of a disappointing 3-1 defeat to Arsenal last time around.

The Gunners moved within two points of Liverpool, with Arsene Wenger’s side among four clubs vying for the top spot in the first months of the 2016/17 campaign.

Liverpool are unbeaten in the Premier League since August 20, and will be hoping to take another victory from the south coast, after a 2-1 win against Bournemouth at the end of last season.

Speaking to reporters on Friday morning, Howe admitted that the Reds were one of the favourites to win the title this season.

But he stressed that his Bournemouth side would go into the clash with “no fear.”

“For me Liverpool are genuine title contenders. They’ve shown this season what a good side they are and we’ll have to be at our best,” he said.

“We don’t look at the stats and worry. They’re a good team, but we’re going into the game aiming to win it.

“We have no fear. We’re at home and we’re always competitive here.

“We’ll give it a really good go and there’s no reason why we can’t get a result.”

Howe will, of course, be more concerned with the players he is able to call upon, with the 39-year-old providing an injury update on his squad for their seventh league game at home this season.

“Artur Boruc missed out last week and is improving. But we’ll have to wait and see on him,” he said.

“Andrew Surman has had a slight setback and won’t be available. We’ll have to make a late call on Charlie Daniels, too.”

Summer signing Lewis Cook is also set to miss out with a long-term ankle injury, while Junior Stanislas could remain sidelined with a knock.

Bournemouth head into the weekend 12th in the table, having taken 15 points from their first 13 league games, and are 15 points adrift of second-placed Liverpool.

However, Jurgen Klopp will be aware of the threat that the Cherries possess, and will need to steel his side for a tough test at Dean Court once again.