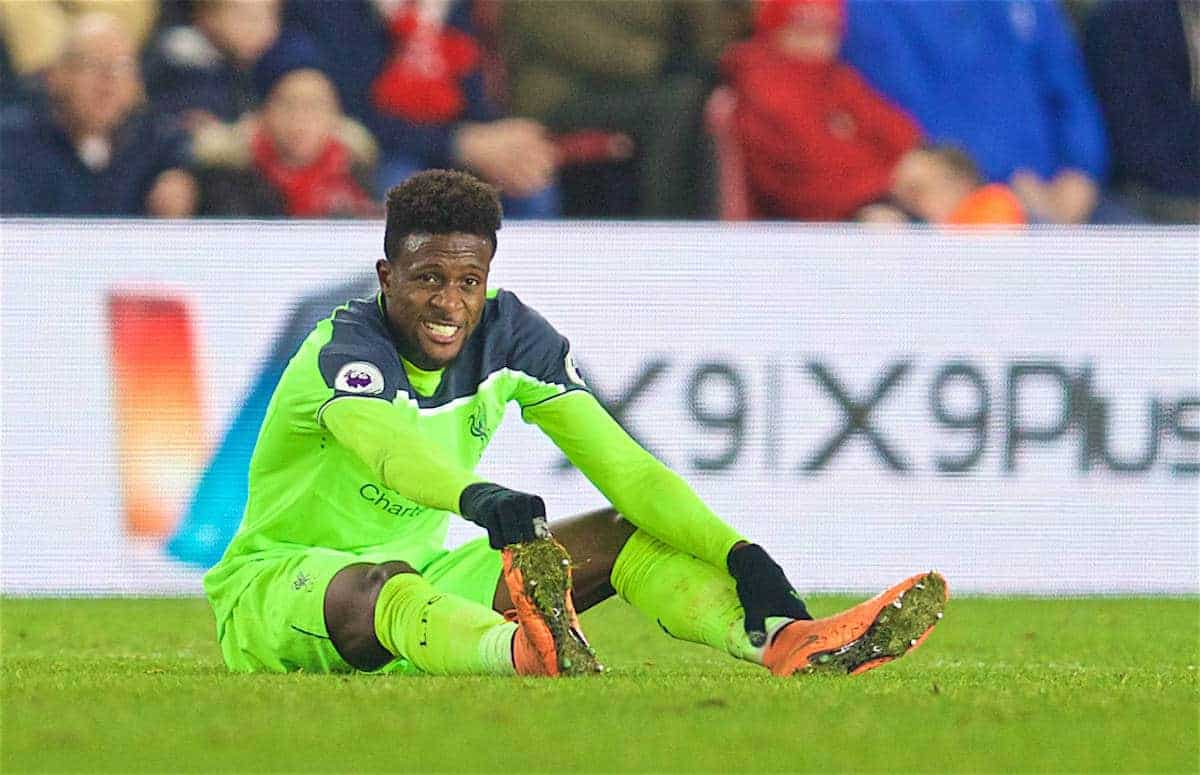 Jurgen Klopp believes Divock Origi can take on Everton in Monday night’s Merseyside derby, despite being forced off late on against Middlesbrough.

The striker was withdrawn in injury time at the Riverside Stadium, having already helped Liverpool to a comfortable 3-0 win on the road.

Origi scored the second goal of the night against Aitor Karanka’s side, before laying on the second of Adam Lallana‘s two goals to cap an emphatic night for the Reds.

This was Liverpool’s first Premier League win in three games, after a 4-3 loss to Bournemouth and a 2-2 draw with West Ham United, and pushed them back up to second in the table.

Origi’s goal was his fifth in as many games in all competitions, and the sight of him trudging off, to be replaced by Trent Alexander-Arnold, was worrying.

But speaking to reporters after the game, Klopp provided an optimistic assessment.

“We wanted to change Sadio [Mane] but then Divock was on the floor.”

Klopp already has a packed treatment room to deal with, as Joel Matip joined a five-strong group on the sidelines during a busy schedule.

Emre Can, Marko Grujic, Philippe Coutinho, Daniel Sturridge and Danny Ings are all currently out, too.

Ings is the only long-term casualty, however, and the rest are expected to return in the coming weeks, with Coutinho targeting a comeback against Manchester City on New Year’s Eve.

Coutinho’s absence ensures Origi’s fitness is vital, with the 21-year-old taking his place in Klopp’s starting lineup since he picked up his ankle injury at home to Sunderland in November.

Klopp’s only other senior attacking options are Mane and Roberto Firmino, with 17-year-old Ben Woodburn taking his place on the substitutes’ bench against Sunderland, Bournemouth, West Ham and Middlesbrough.

Both Liverpool and Everton will head into the derby in a confident mood, with the Toffees also having won their last fixture, a 2-1 victory at home to Arsenal on Tuesday night.

Having Origi available will be a major boost for Klopp, who will need all the firepower he can get to ensure a comfortable display across Stanley Park.