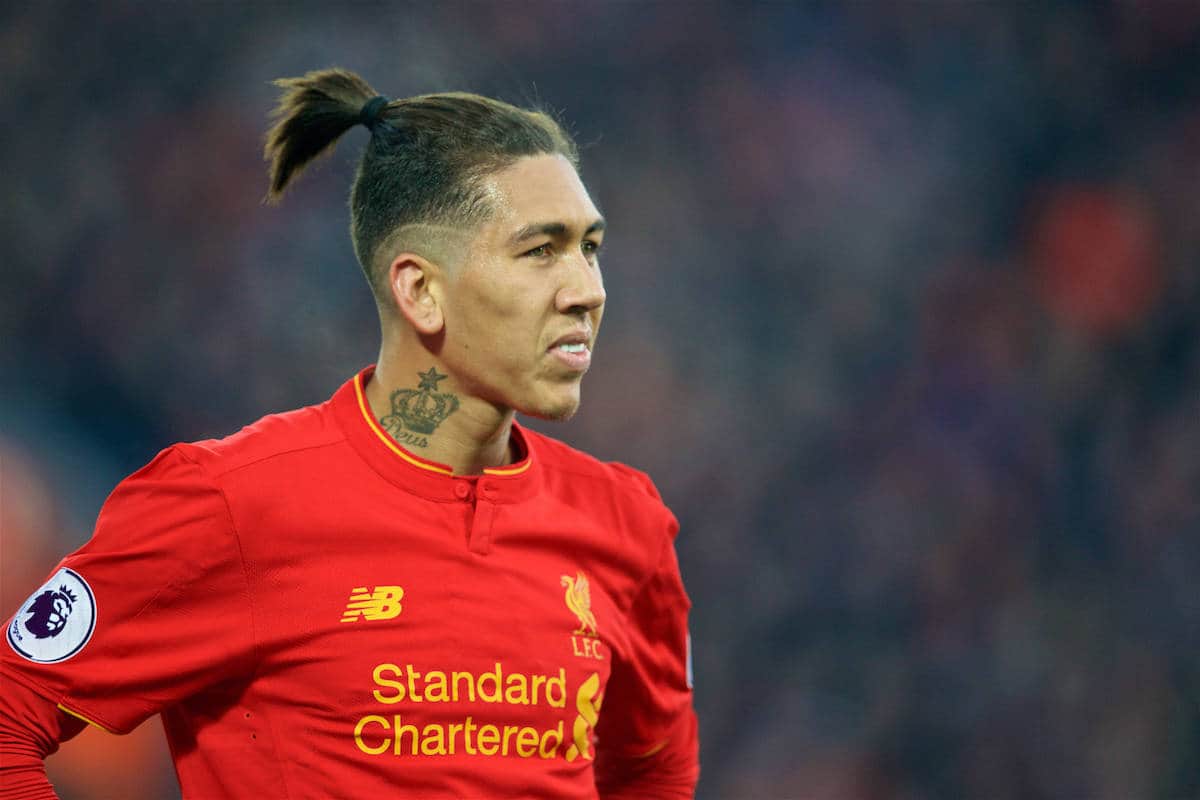 Jurgen Klopp has showered Roberto Firmino with praise for his versatility and all-round quality, calling him “a very important player” for Liverpool.

Klopp has never hidden his admiration for the Brazilian, with Firmino regularly turning out for Hoffenheim against his Borussia Dortmund side during his time at the Westfalenstadion.

He also recently said he couldn’t believe it when Liverpool managed to sign him in the summer of 2015, given just how highly he rates him.

Liverpool’s manager has outlined exactly why he admires Firmino so much as a footballer, lauding his all-round ability.

“When I knew I was coming here I knew I had a good player—I was looking forward to working with him very much,” said Klopp.

“He is happy so he doesn’t care about getting more credit or recognition.

“Of course he is very important because he can play all three positions in our system.

“And in our system I’m sure he could play as the No. 8 too, like Gini, like Phil, like Emre. He is different, but he can play there.

“He is a very important player, a connecting player, a finisher, a fighter, a defender, the first defender—that is important.

“A lot of things he is good at are very important for us.

“He’s still a good listener, and a good trainer. He likes to train, he likes to learn so that is excellent, a nice package.” Firmino has grown in stature since he first arrived on Merseyside—it’s incredible to think that some were writing him off after an iffy opening few months at the club.

In terms of his intelligence both on and off the ball, his work rate from the front and classy end product, there is an argument to say he is now Liverpool’s most important player.

The club clearly don’t want him going anywhere, with it recently rumoured that the 25-year-old has an £83 million release in his contract that, rather bizarrely, can’t see him sign for Arsenal.

With fellow key man Philippe Coutinho on the treatment table currently, Liverpool need a strong festive showing from their subtle South American, starting at home to West Ham on Sunday.