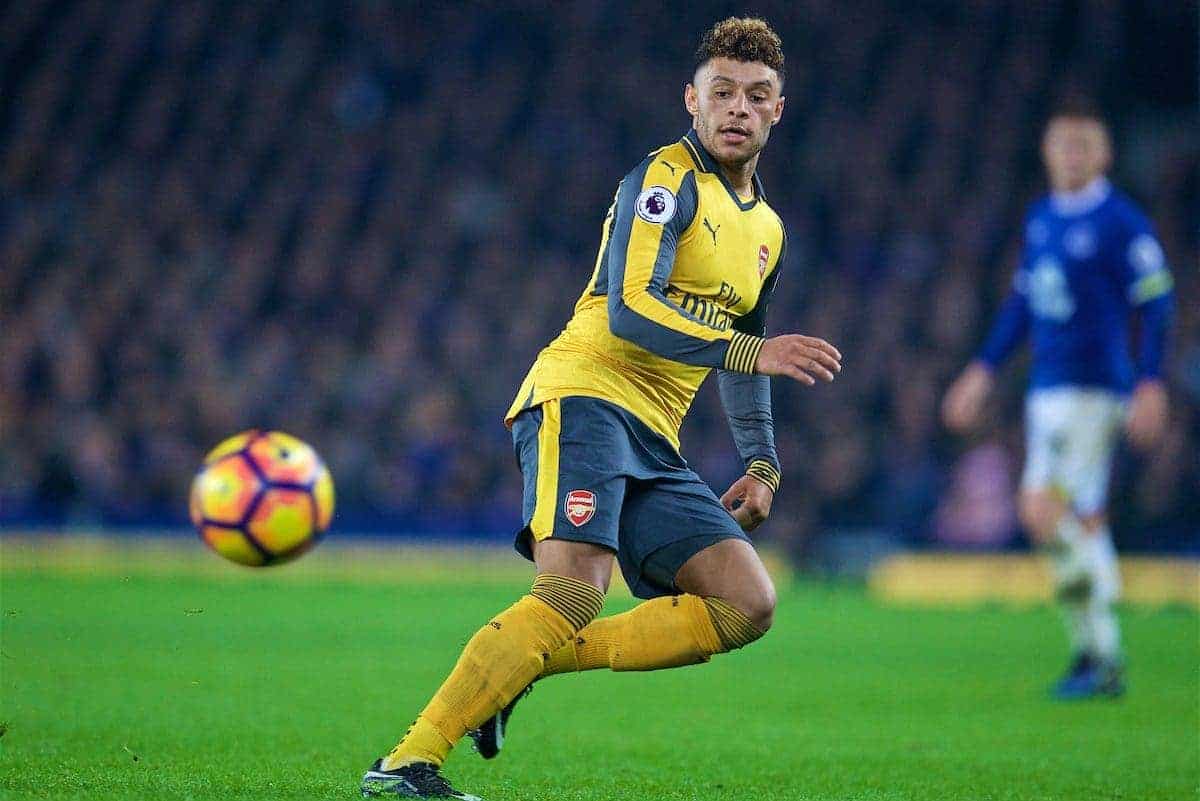 Liverpool are said to be considering a move for Arsenal midfielder Alex Oxlade-Chamberlain according to reports on Wednesday night.

The Reds are in the market for a versatile wide option this winter, with Sadio Mane heading to the Africa Cup of Nations after next week’s match at Sunderland.

Reports in the Telegraph and the Guardian claim 23-year-old Oxlade-Chamberlain, who has just 18 months remaining on his contract the Emirates.

Both reports claim a fee would be in the region of £20 million to £25 million for the player who can operate in a number of positions in midfield and attack.

He’s made 23 appearances in total this season for Arsene Wenger’s side – scoring six and assisting six – but is yet to complete a full 90 minutes, something that it’s claimed has seen him frustrated and seeking regular football.

A deal for the England international though would not be straight forward, with Arsenal unlikely to want to sell to a direct rival. It’s also very debatable as to whether he’d get a regular role at Liverpool.

It’s not the first time Liverpool have been linked with the former Southampton youngster, with reports last March claiming Liverpool were monitoring his contract situation.

However, these latest reports do not come from Liverpool-based correspondents, which could indicate that the link is being pushed from the player’s side and not Liverpool’s. A skeptic may claim it’s part of the player getting a new deal at the London club.

This seems an unlikely move overall.