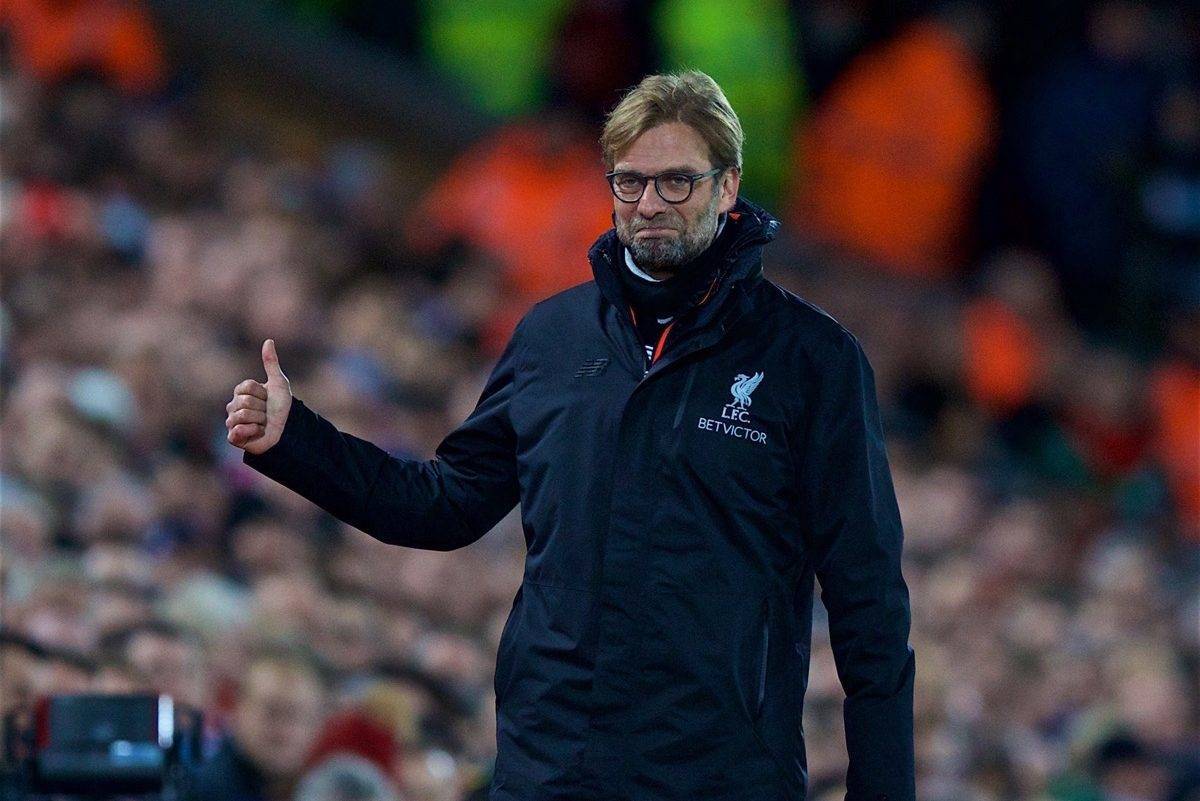 Liverpool’s tally of 43 points from their first 19 games this season stands as their best ever record in the Premier League era.

The Reds’ 1-0 win at home to Manchester City on New Year’s Eve was their 13th victory in the league since this season.

This leaves Jurgen Klopp‘s side second in the table, having recorded their best ever total after 19 games since the Premier League began in 1992.

Their previous best first half of the season came under Rafa Benitez in 2008/09, when they had taken 42 points from their first 19 games, eventually finishing the season in second, with 86 points.

Benitez also led Liverpool to their third-best tally in 2005/06, when they earned 41 points from 19 games, finishing third come May, with 82 points.

Liverpool’s most recent title challenge, in 2013/14, saw them take just 36 points from their first 19 games, while they went on to finished second, with 84 points—two points behind City.

This season’s points tally serves as a stark contrast to just four years ago under Brendan Rodgers.

They had just 25 points after 19 games in 2012/13, needing an injection of quality in the January transfer market, signing Philippe Coutinho and Daniel Sturridge, to revive their fortunes.

Furthermore, at this stage last season, Liverpool had just 30 points, with Klopp picking up the pieces after Rodgers’ sacking in October.

Liverpool are still six points behind league leaders Chelsea, who won 4-2 at home to Stoke City on Saturday afternoon.

If they are to realise their dream of winning the Premier League title this season, they must keep up their form and hope Antonio Conte’s side slip up in the next five months.

This highlights the competitive nature of the English top flight this season, with Liverpool needing to be at their best throughout to secure silverware.

However, surpassing their best ever start in the league in the past 25 years stands as a significant achievement in Klopp’s first full campaign.