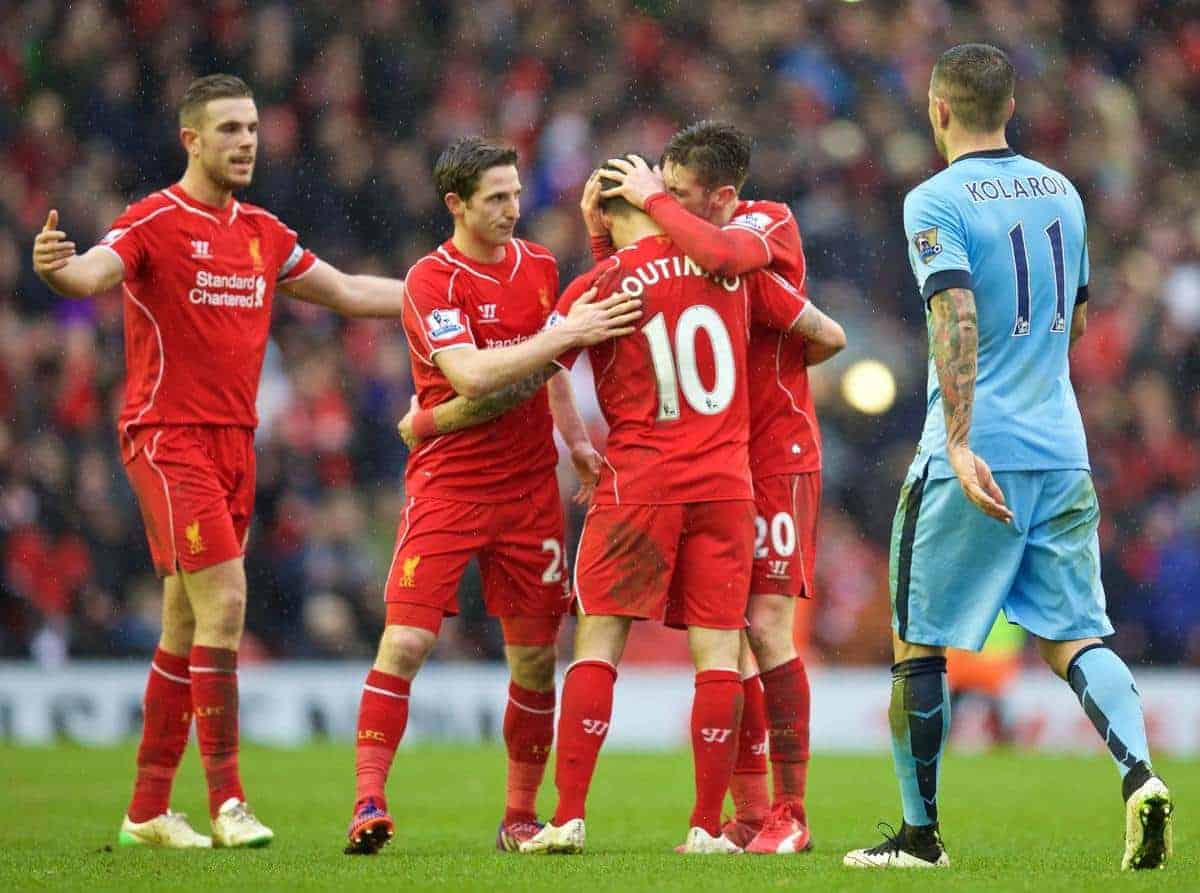 Here, Press Association Sport looks at some numbers ahead of the Anfield game.

– Goals in three matches between the clubs last season (including League Cup final).

– Meetings between the sides in the Premier League. Liverpool have won 17 and City seven with 14 draws. Thirteen of Liverpool’s wins were at Anfield.

– The last time City won at Anfield in the Premier League. Former Liverpool striker Nicolas Anelka scored twice in a 2-1 win in May of that year.

– Goals scored by Sergio Aguero, who returns from a four-game suspension this weekend, against Liverpool since joining Manchester City in 2011. None of the goals were at Anfield.

– Goal scored by Liverpool’s Daniel Sturridge – who struck for the first time in the Premier League this season on Tuesday – against Manchester City since leaving the club in 2009. He was also sent off playing against City while on loan with Bolton from Chelsea in 2011.

– Premier League goals in which Liverpool’s Adam Lallana has been involved in this season (seven goals, six assists), more than any other midfielder.

– Assists by Manchester City‘s Kevin De Bruyne in the Premier League this season, the most of any player.