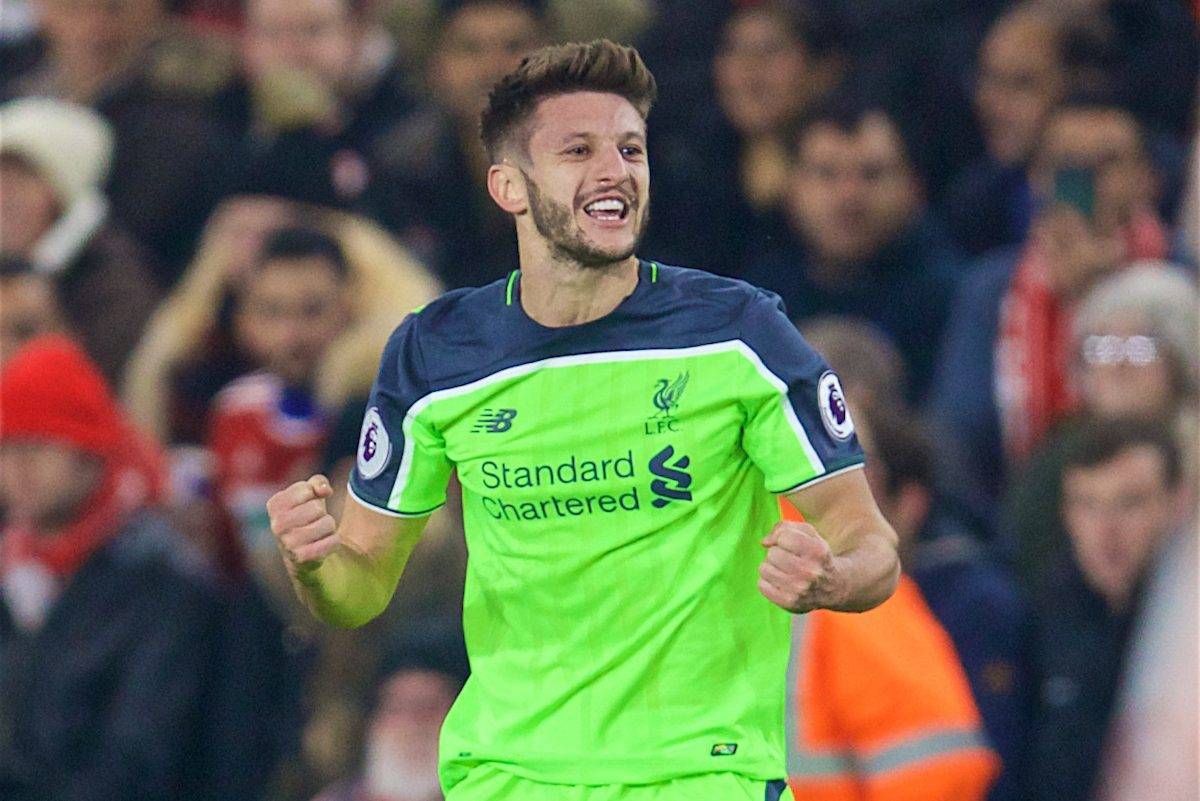 Liverpool bounced back from a disappointing draw against West Ham by securing all three points in a dominant victory against Middlesbrough at the Riverside Stadium.

The Reds had not won in their last seven fixtures at Middlesbrough but put that statistic to bed by producing a sensational second-half display.

Simon Mignolet came back into the starting lineup, replacing Loris Karius, while Dejan Lovren started in defence despite concerns he would not be fit—but Joel Matip was not included in the squad, so Ragnar Klavan took his place at centre-back.

It was Adam Lallana who broke the deadlock once again in the first half, just as he had on Sunday.

Sadio Mane had several chances early in the second half but it was Divock Origi who scored the next goal, making for his fifth in as many games.

Liverpool were in outstanding form in the second half and Lallana quickly added a third goal in the 69th minute to extend the Reds’ lead.

Trent Alexander-Arnold came on as a late substitute to make his Premier League debut and Ovie Ejaria made his first league appearance away from Anfield.

Here are some of the best reactions from Liverpool fans throughout the game.

There was controversy surrounding the decision to drop Karius…

Get behind Migs.
Stay behind Karius – he needs to maintain belief that he will come good.

This is Klopp protecting Karius not dropping him. He's right to take him out of the media spotlight, he will bounce back. #LFC

Lallana’s goal came as a relief in the first half…

Lallana is a class act

Origi’s goal sent fans into a buzz of excitement…

That is sensational football by the way. 2-0 #Origi #LFC #onetouch

That's a quite brilliant move & goal by #LFC – Lallana is influencing this side in the same way as Coutinho at his best!

LALLANA! YOU ARE AMAZING. WELCOME BACK!!!! #LFC

Adam Lallana is without doubt one of the best in the league this season. Definitely the best English player!! #midliv #LFC #lallana

Great win for #LFC!!!Adam Lallana the star tonight and this sets us up perfectly for the Merseyside derby on Monday.

Great win tonight, 2nd in league and Everton on Monday. Happy to be #LFC fan ?

Great response from the Reds tonight, Mane and Lallana ???? Flying going into the Derby, Up The Reds ??

Brilliant performance that. Difficult away game, yet we controlled the game and put them to the sword.