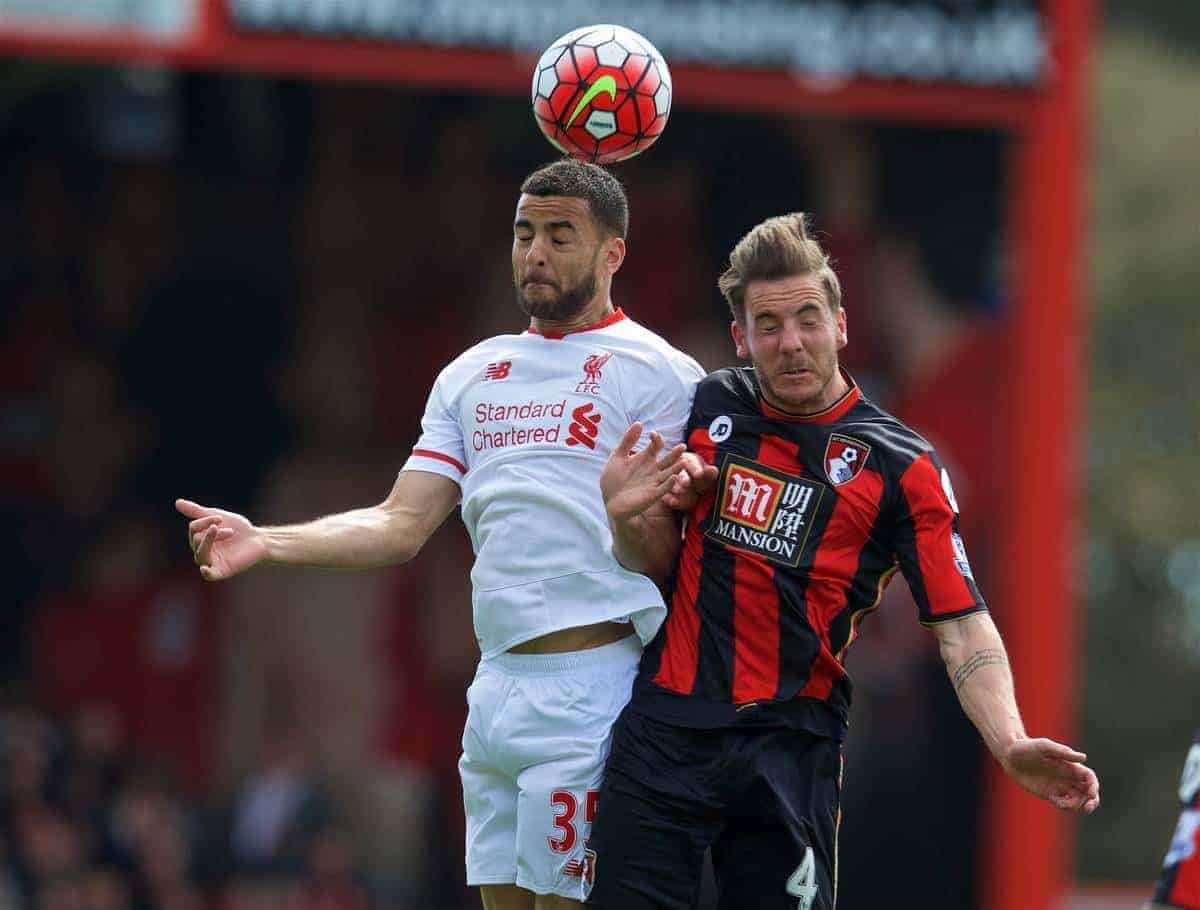 Fresh from their progress into the last four of the EFL Cup, Liverpool are back in Premier League action at the weekend with a trip to AFC Bournemouth. Here’s everything you need to know about the Cherries.

Manager Eddie Howe is constantly touted by sections of the media as Arsene Wenger’s replacement-in-waiting at Arsenal, largely based on his style of play: it’s perceivd to be about possession, building up through midfield and having pace in attack.

The latter part is certainly right, but Bournemouth won’t hesitate to switch play directly to make use of space and their possession isn’t exactly dominant: barely more than 50% per game on average, which as you’d expect is a total which places them smack in the middle of Premier League teams. They’ll play out of defence and crosses aren’t something you should expect to see many of unless Benik Afobe is on the pitch, and all their midfielders are both hard-working and comfortable on the ball in a 4-2-3-1 setup.

Five of Bournemouth‘s last six goals have come via set pieces—two penalties, three free-kick situations—while of their goals from open play, three of the last four have arisen through build-up play down the right channel, often hitting the byline before the full-back before crossing low or cutting back a pass toward the six-yard box.

Callum Wilson’s runs behind the defence are a outlet for the team, even if they don’t always immediately lead to a chance on goal, while Junior Stanislas and Josh King make good, late runs into the box, often not tracked by midfielders.

Former Liverpool youth prospects Jordon Ibe and Brad Smith joined the Cherries in the summer; Ibe is a regular on the wing, while Smith finally made his league debut for them last weekend.

Bournemouth trying to play out of defence, first and foremost. They’ll take risks and try to play past the initial press to instigate a midfield overload, so having the spaces between the lines as narrow as possible is a must. Win the ball high upfield and there’s a good chance at least one of the double pivot midfield will be out of place.

They have also been vulnerable to counter-attacks at pace at times, but the team is reasonably well-balanced and doesn’t have a particular glaring weakness—they’re just not quite as good an all-round team in every department as other, longer-established Premier League sides are.

A duo, in fact: Harry Arter and Dan Gosling are the central midfield pairing who will be tasked with doing everything: stop Liverpool playing, and initiate Bournemouth‘s own attacks.

Jack Wilshere will likely play just ahead of them, but can also drop deep to form a three if needed, and Liverpool have to be aware of their quick intentions to pass forward as well as find spaces behind them when on the offensive.

For the Reds, Divock Origi has netted twice in succession off the bench; he’s likely to get a start at the weekend and the team will need him to keep firing for now.

Wilshere is available again after sitting out the Arsenal match ineligible, but goalkeeper Artur Boruc and left-back Charlie Daniels have both been sidelined through injury. The latter has the better chance of returning by Sunday.