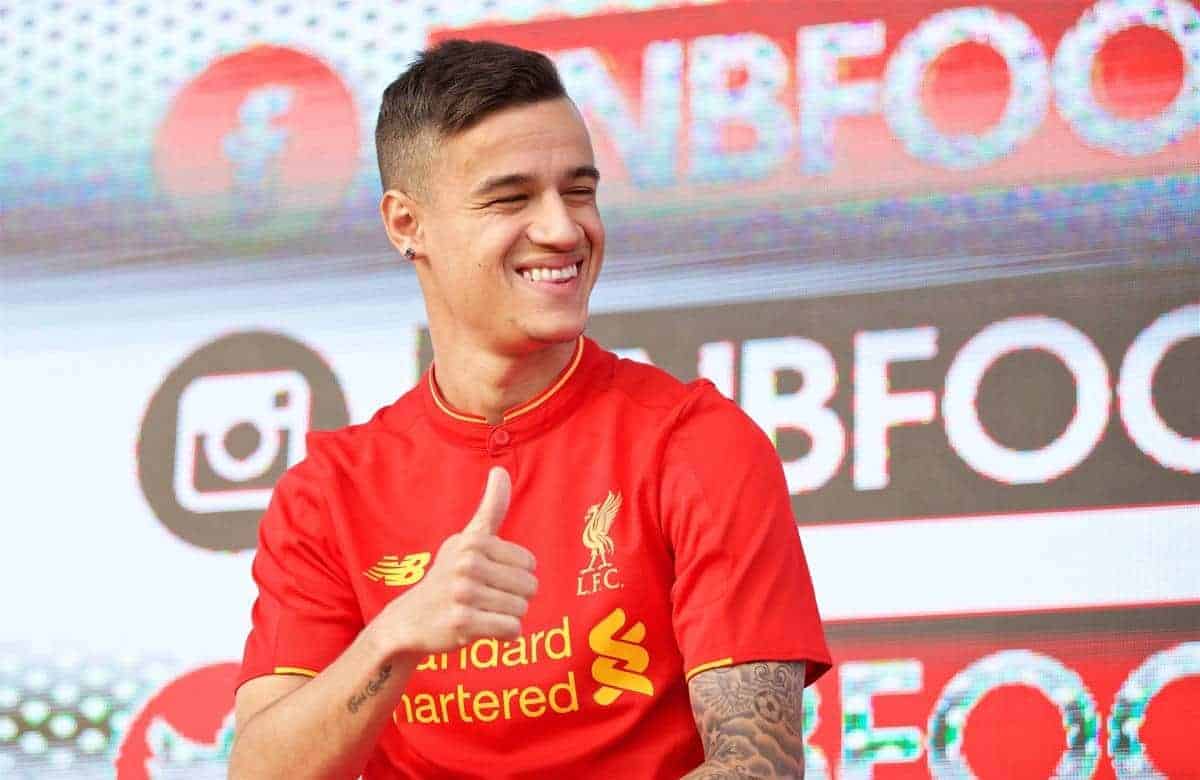 Liverpool playmaker Philippe Coutinho, currently out with an ankle injury, has revealed he is hoping to return on New Year’s Eve against Manchester City.

The Reds welcome their title rivals to Anfield for an evening kickoff on December 31, rounding off the first half of their Premier League campaign.

They could be boosted by the presence of Coutinho, who is still undergoing treatment for an ankle injury picked up during November’s 2-0 win at home to Sunderland.

Speaking on Monday afternoon, the Brazilian revealed he is targeting a comeback against City, with his recovery proving positive so far.

“This is still my hope—to return for this game. The rehab is going really well,” he said.

“I can now walk without crutches and I am working well with the medical team. So I’m pleased with how I am recovering.”

Coutinho also stressed that, while his injury initially seemed serious, the diagnosis “could have been a lot worse.”

Having Coutinho back in the squad will be a major positive for Jurgen Klopp who, speaking at Melwood on Monday, detailed the negative impact his injury has had on his tactical setup.

“I know everybody misses Phil, the role he played was like a central midfielder, or a No. 8,” he said.

“Now we have too many players in the first line, it’s of course a little bit risky.

“We know what we have to work on, but of course it doesn’t mean it works in the first second.”

Liverpool are still adjusting to life without their No. 10, with Roberto Firmino in particular struggling to produce the same level of form he did in the first months of the season.

Firmino has moved out to the left, taking up Coutinho’s role, while Divock Origi has been deployed as Klopp’s central striker, with further support coming from Sadio Mane on the right.

Coutinho not only provided the Reds’ primary creative spark, but also contributed heavily to their pressing game off the ball.

Without Coutinho, Liverpool have been unable to transition as smoothly, and this has seen their results suffer—they are yet to win a Premier League game without him this season.

If Coutinho does return against City, this could solve one of Klopp’s biggest problems this winter.