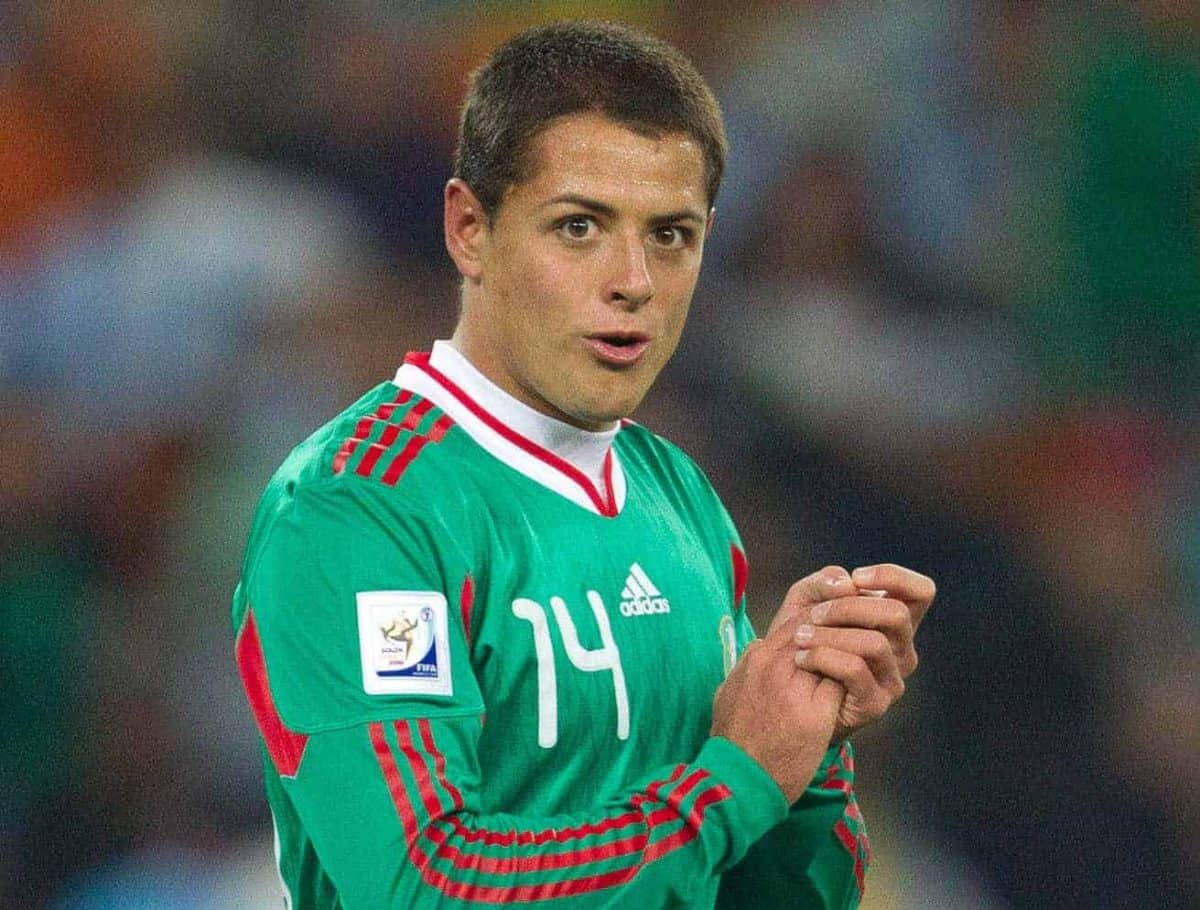 Liverpool and Tottenham Hotspur are two of the clubs said to be interested in signing Bayer Leverkusen striker Javier Hernandez in January.

Ex-Manchester United man Hernandez is in high demand heading into 2017, with a number of clubs looking to bolster their attacking ranks for the second half of the season.

The Mexican has scored seven goals in 20 games for Leverkusen so far in 2016/17, with his predatory brand of attacking play a good fit for the Bundesliga.

This was also the case in the Premier League, however, with Hernandez scoring 37 goals in 103 games for United—averaging a goal every 131 minutes—despite playing a bit-part role.

According to the Mirror, Liverpool, Spurs and Valencia are all considering January bids for the 28-year-old.

Jurgen Klopp already has Roberto Firmino, Divock Origi and Daniel Sturridge as options up front, while the emergence of Ben Woodburn provides the German with another prospect for the future.

But the addition of Hernandez would certainly boost their title hopes, particularly given his the two Premier League triumphs he enjoyed over five years at Old Trafford. The notion a former United player making his way to Liverpool is an almost unthinkable one, with Peter Beardsley, Paul Ince and Michael Owen the most notable double agents in recent years.

But Hernandez is a player with little affinity to United, despite his success there, and his time in the Bundesliga has mellowed his depiction.

A fleet-footed, nimble striker, Hernandez would suit Klopp’s attacking game up front, having adjusted well to Roger Schmidt’s high-intensity brand of football at the BayArena.

However, it is reported that Hernandez has a £33.5 million release clause in his current contract.

This would present a major stumbling block, given his age and the likely rotational role he’d play at Anfield.

Nevertheless, Hernandez remains a player who would flourish under Klopp at Liverpool, and while links with the striker are highly dubious, he is still an option worth considering.