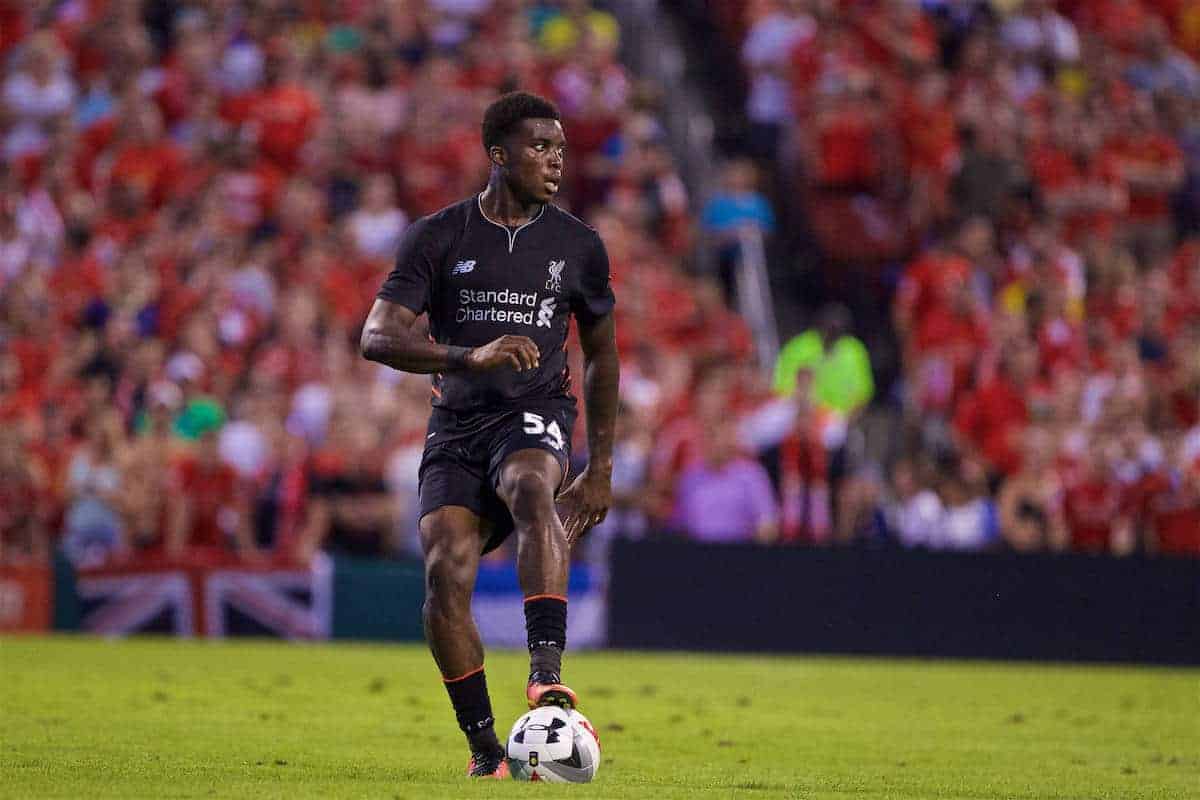 Sheyi Ojo is set for a spell with the Liverpool U23s after recovery from a long-term back injury, Jurgen Klopp has confirmed.

The 19-year-old picked up the injury while on the Reds pre-season tour of the United States, having just returned from time with England at the European U19 Championship.

Having likely overexerted himself over the summer, Ojo now requires time to find his rhythm again.

Speaking on Friday morning, Klopp said this would see him drop down to the Liverpool U23s squad, in order to play the minutes required to regain his match fitness.

“Ojo is a very young boy, he now needs a lot of training,” he told reporters at Melwood.

“We thought it makes sense to be with the second team for the next week for training and in games.

“Now he can get a kind of rhythm, then get back into shape and we will see how it is.

“He’s not injured, but not match fit, so now collecting minutes with our U23s.”

Ojo’s recovery could be a vital one, with the former MK Dons youngster providing a useful option for Klopp when Sadio Mane departs for the Africa Cup of Nations in January.

He scored one goal and assisted a further four in 11 appearances for Klopp’s Reds last season, averaging a direct goal contribution every 90 minutes, with his delivery from out wide proving crucial.

With Klopp facing up to six games without Mane’s pace and direct attacking threat, Ojo could serve as an able deputy to the £30 million summer signing.

For now, however, he will join Joe Gomez in Michael Beale’s U23s side, with the versatile defender also looking to build his fitness in Premier League 2 after a long spell on the sidelines.

Gomez has so far played 180 minutes for the U23s, keeping clean sheets against both Burnley and Derby County, and has looked in excellent form after a year out with an ACL injury.

Ojo can look to Gomez for inspiration, as he battles to recapture the form that made him a first-team fixture last season.