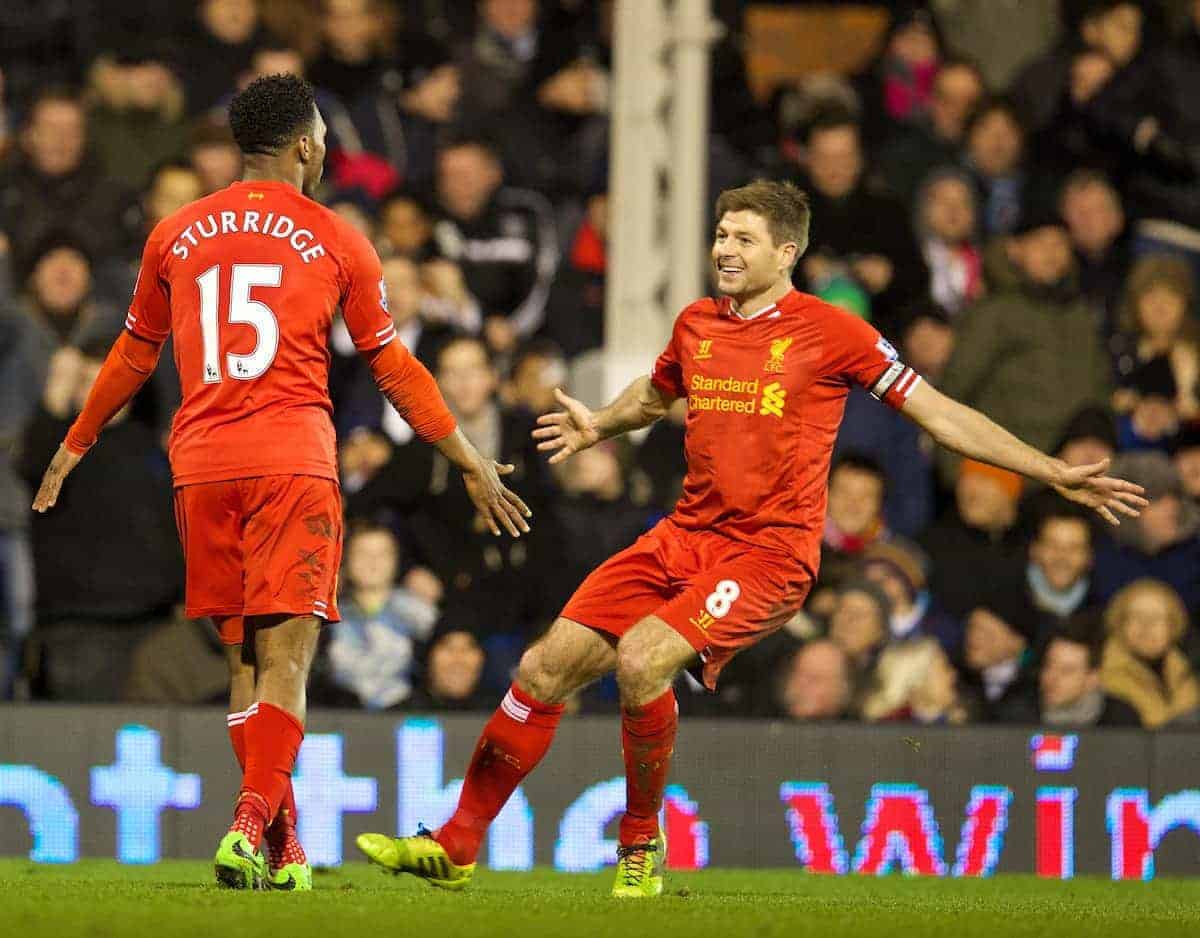 Former Liverpool captain Steven Gerrard has praised the natural ability of striker Daniel Sturridge, saying he thinks sometimes he doesn’t realise how good he is.

Sturridge – who is yet to start a game for Liverpool in December since signing for the club four years ago next month – is just returning from injury again, having played a key role in Sadio Mane‘s winner at Everton last week.

There have been suggestions that Liverpool should cut their losses with the injury-plagued striker, but Gerrard has praised Sturridge’s quality.

“In terms of natural ability, Sturridge is up there with the rest of them,” said Gerrard in a Q&A with the Echo this week.

“He’s so sharp and can get his shot off, as we saw against Everton last week. I don’t think sometimes he realises how good he is.”

Gerrard was recalling his favourite assists for the Reds when he spoke about the assist for Sturridge at Fulham in February 2014.

“I hadn’t played with Daniel Sturridge very long, and one thing I’d always try to do with new strikers is set them up for a goal as soon as I could, to give us both confidence,” explained Gerrard.

“Daniel had been with us about a year when we went to Craven Cottage. For his goal, there wasn’t a lot of space between the defence and the goalkeeper, so I saw the gap and had to put a bit of check on it to make sure it didn’t run off, also while hitting it with the outside of my foot.”

Sturridge is in contention to start Tuesday’s home match against Stoke City – still searching for his first league goal this season.

He has 57 goals in 104 appearances for the Reds – still the most prolific scoring ratio in the first-team squad.