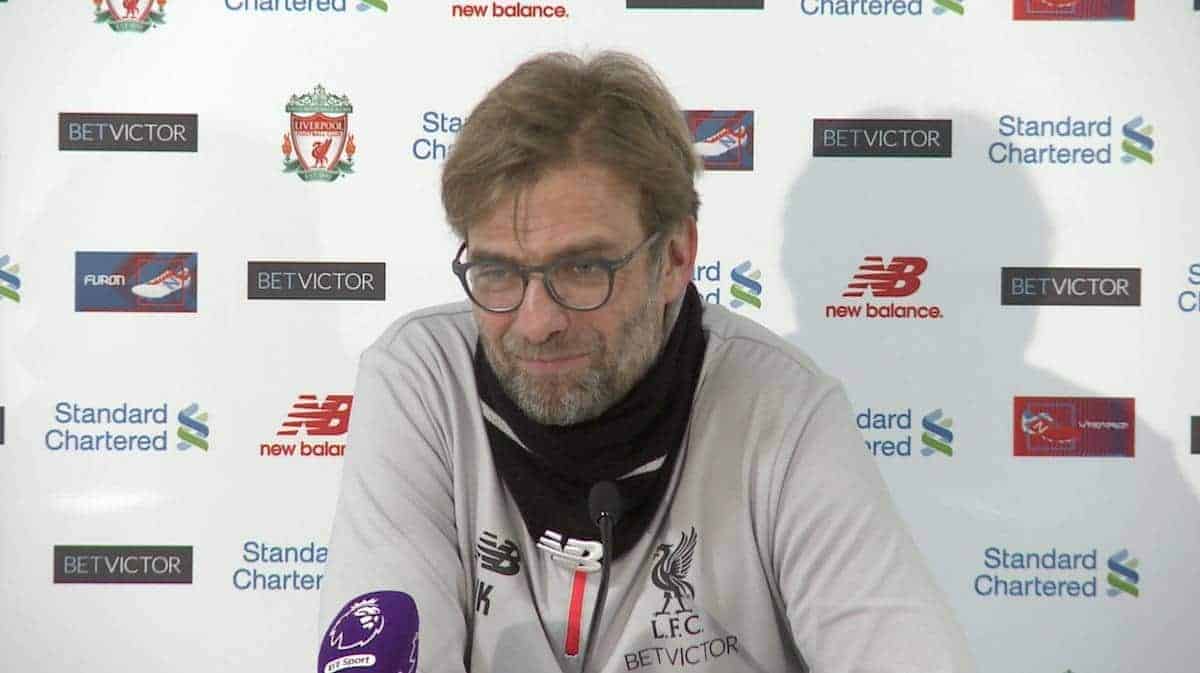 The Liverpool boss was pleased with his side’s display to overcome Pep Guardiola’s team, thanks to Gini Wijnaldum‘s eighth minute header.

“The best way I could imagine [to end the year],” he said. “Against a good team. We did well. I cannot remember a lot of chances for City.”

Still, though, Klopp pointed out the Reds’ weaknesses: “We were not as good as we could have been in possession. We passed too late, or too early, or not in the right direction.

“Second half we defended really well but we were not as confident in possession, lost a few balls in key moments, because the game was so intense for us. Hard work tonight, close the game in small spaces. It’s Man City, have to work for 3 points.”

On Jordan Henderson‘s injury, Klopp said it was a heel issue but not the same one as he was suffering with last season.

On chasing Chelsea he joked: “We cannot look at Chelsea, they are in an outstanding run. 13 wins in a row – not bad!

“But can you imagine how annoying it is to win 13 games in a row and still there’s a team only 6 points behind!”

“We got the 3 points, I really thought we deserved it.”