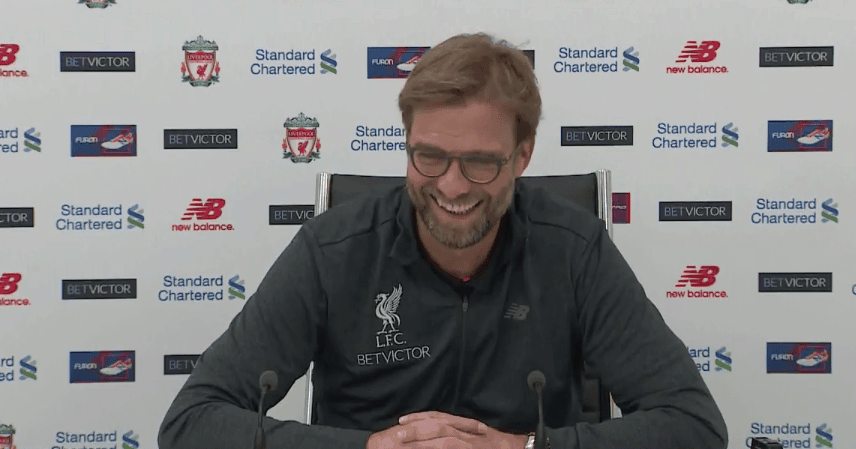 Klopp answered a wide range of questions, providing injury updates on key players Philippe Coutinho and Joel Matip, while also discussing – or not – the January transfer window and the Chinese transfer market.

Klopp had good news and bad news on Coutinho’s injury return, not completely ruling him out against Man City on New Year’s Eve but admitting it was unlikely he’d be fit for it.

He also provided an update on Joel Matip, with the centre-back struggling with an ankle injury.

There was talk on how the Reds will cover for the loss of Sadio Mane in January, and also on the unbeaten home run in the 11 months since Stoke last played at Anfield in the League Cup last January.