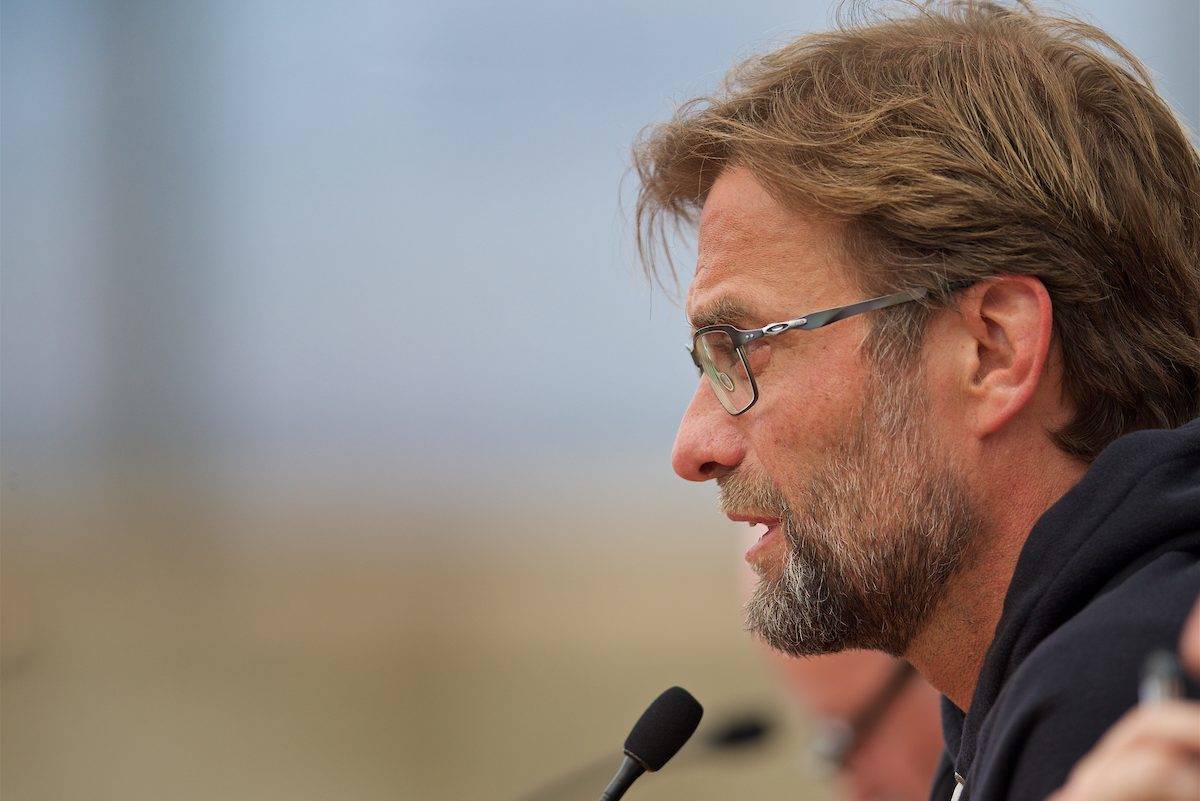 Jurgen Klopp spoke to reporters at Melwood on Friday afternoon, ahead of a fierce Merseyside derby clash with Everton on Monday.

The Reds make the short trip across Stanley Park to take on their city rivals in an evening kickoff at Goodison Park, with both sides arriving on the back of midweek victory.

Everton triumphed over Liverpool’s title rivals Arsenal on Tuesday night, while Jurgen Klopp‘s side sealed a 3-0 win away to Middlesbrough on Wednesday.

Addressing reporters at the Reds’ training ground, Klopp previewed the derby, discussing fitness issues, his goalkeeping situation and the importance of rivalry.

The German confirmed that Simon Mignolet would keep his place in goal over Loris Karius, saying “I don’t want to change each week.”

“Simon had a really good game [against Middlesbrough] and he will be involved, for sure,” he added.

“Loris can use the time in training. I know about how fantastic he is, but it’s not enough only I know it.” Meanwhile, Klopp suggested Daniel Sturridge, Emre Can and Joel Matip could play a part against the Toffees pending late fitness tests this week.

On the rivalry, Klopp said “I love these stories, I love history, I’m a big fan of football history.”

“Both clubs showed their real character when they reacted on Hillsborough,” he continued, “the best story I’ve ever heard in football.

“I respect the desire of Everton, but we’re Liverpool and we want to win the game too.”