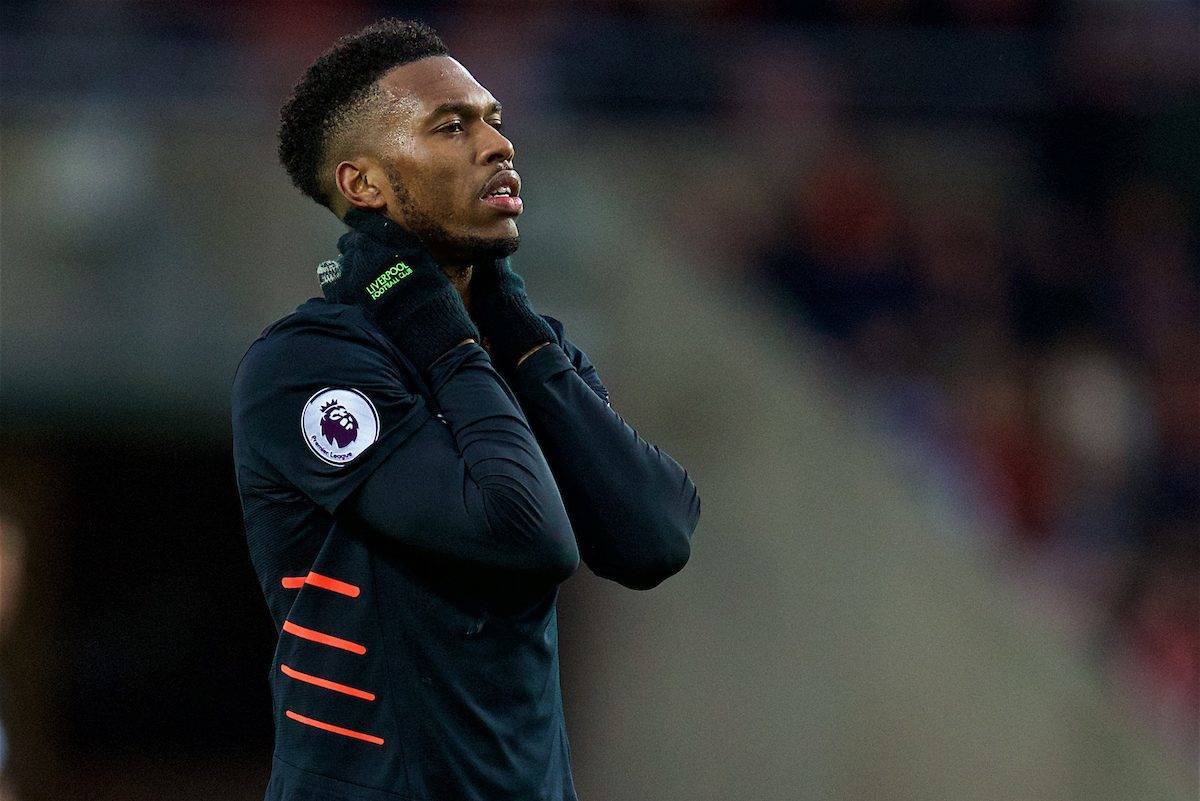 The watching media felt Jurgen Klopp’s lack of squad rotation proved costly as Liverpool were held to a frustrating 2-2 draw with Sunderland.

The Reds missed the chance to increase the pressure on Chelsea by closing the gap to just three points after being held by David Moyes’ men.

Goals from Daniel Sturridge and Sadio Mane twice gave Liverpool the lead, but a brace of penalties from Jermain Defoe—conceded by Ragnar Klavan and Mane, 12 minutes after he notched what looked like the winner—earned Moyes’ men a share of the spoils.

It’s a costly result for Klopp’s side, who looked physically and mentally drained, and it brings a flat ending to an otherwise excellent run of form over a gruelling festive period.

Here is what the watching journalists thought of the afternoon’s events from the Stadium of Light. With Liverpool dropping two points that could see valuable ground conceded to Chelsea in the title race, reporters reflected on a big missed opportunity for Klopp’s side.

The Liverpool Echo’s James Pearce felt the Reds were “architects of their own downfall”:

“Liverpool headed for home knowing that deep down they had been the architects of their own downfall. In the face of adversity, they still should have got the job done.”

“By drawing 2-2 at Sunderland, having been pegged back twice by two Jermain Defoe penalties, Liverpool’s momentum has now stalled at the worst possible moment considering the fixtures ahead for Jurgen Klopp‘s team in the coming weeks.

“But by failing to claim three points at Sunderland, they have cranked up the pressure on themselves to deliver against United and Chelsea.”

The Telegraph’s Luke Edwards believes the result could be “a decisive moment” in Liverpool’s season:

“All in all this could prove to be a decisive moment for Jürgen Klopp’s men.

“They took the lead twice but could not hold on to it and there is view that champions win games like these rather than draw them.”

“The sense of frustration stems from where points have been dropped. Arsenal, Chelsea, Everton and Manchester City have been beaten, but infuriatingly the Reds have taken just two points out of a possible 12 against Burnley, Bournemouth, West Ham and Sunderland.”

Writing for Goal, Melissa Reddy took a more positive outlook, assessing that frustration from the draw should be used as motivation to “strike back”:

“Klopp’s frustration will permeate through the squad and should be used, as it has in the past, as stimulus to strike back.

“The year is still young, and so is the title shakeup.” Reporters felt Klopp paid the price for failing to rotate his team at the Stadium of Light, with Liverpool’s laboured performance a result of a lack of fresh legs being introduced.

Pearce thought Klopp’s decision not to make more adjustments was “understandable”, but was ultimately the wrong decision:

“His reluctance to alter a winning team was understandable but for long periods Liverpool were horribly sluggish. He needed some fresh legs.”

“By making only one change to his starting lineup—Daniel Sturridge replaced the injured Jordan Henderson—Klopp perhaps made a mistake by failing to freshen up his team following a tough encounter with Manchester City less than two days ago.”

The Liverpool Echo’s Ian Doyle felt Liverpool’s lack of freshness resulted in them being “second best”:

“Tired minds and limbs contributed to a fragmented Liverpool performance that for spells—particularly in the first half—saw them second best to a frisky Sunderland side.”

ESPN’s David Usher assessed that it was no surprise that Sturridge was Liverpool’s best player, considering his freshness as Klopp’s only change:

“The freshest legs in the team, and it certainly showed. Looked dangerous every time he had the ball, scored once and, but for some good saves by Mannone, would have had a hat trick.”

However, the Mail’s Craig Hope felt Liverpool still dominated the game despite this, and it was their failure to make more of possession that let them down:

“That they did not owed a little to the officials, a lot to Jermain Defoe and Sunderland‘s spirit but most of all to their failure to make more of their possession—71 percent—as well as the needless concession of two penalties.” Reporters unanimously felt Liverpool missed Jordan Henderson—who sat out with a heel issue as injuries continue to ravage the squad—and were unimpressed by Emre Can’s display in deputising for the captain.

Reddy thought Henderson’s absence proved how “fundamental” he has been:

“While Sturridge stung Vito Mannone’s palms twice in the opening stanza of play before heading Liverpool in front, the absence of the midfielder highlighted how fundamental he has been for the club this season.”

“How Liverpool missed the presence and leadership of Henderson with Emre Can and Gini Wijnaldum unable to provide any semblance of control in midfield.”

Odgen thought Can failed to “offer the dynamism and energy” Henderson provides:

“Playing Henderson’s role in deep midfield, Emre Can failed to offer the dynamism and energy of his captain and Liverpool suffered as a result. The German midfielder was guilty of giving the ball away too often and he also failed to provide the attacking runs that are a central part of Henderson’s game.”

Reddy felt Can struggled in his duties on and off the ball:

“Emre Can, operating as the No. 6 in his absence, struggled to provide the authoritative base Henderson offers in possession by switching the play, determining the direction of Liverpool’s attacks and exposing the half-spaces.

“Off the ball, he could not match the skipper’s proactiveness as the screen to guard against counters, while organising his teammates to regain possession and turn the opposition around.”

“He wasn’t alone, though, with Saturday’s matchwinner Gini Wijnaldum having negligible impact alongside the German.”

Meanwhile, Pearce thinks Klopp needs to make “at least one attacking signing” this month as injuries stack up:

“The German coach has played down talk of entering the transfer market in January, but the feeling persists that at least one attacking signing will be required during this window to ensure Liverpool are able to maintain a challenge.” After an indifferent display from Mane in his last game before Africa Cup of Nations duty, reporters discussed how Liverpool will cope without him, and how Sturridge showed encouraging signs that he is ready to step in, providing his injury proves nothing serious.

“While Mane has understandably found it difficult to maintain the levels of the thrilling first few weeks to his Anfield career, he will be sorely missed.

“His pace and direct approach offers Klopp something different in attack, meaning even on his most middling days he remains a constant threat to opposing defenders.”

“Mane leaves for the Africa Cup of Nations this week and—his defending apart—Liverpool will miss the Senegal striker’s energy and attacking intent in the coming weeks, especially against Manchester United and Chelsea.”

“Daniel Sturridge looks set for an extended run in the side—the ankle injury which forced him off late in the game is not serious—and this first Premier League start since October was encouraging.

“The sight of him hobbling off was concerning—if not at all surprising—but there was a hunger about his play which has been absent so far this season. Perhaps knowledge of Mane’s departure and the chance to stake his claim served as inspiration.”

“He may not be Jurgen Klopp‘s favourite striker but he staked a claim for more game time here.

“He also tested Vito Mannone with several shots, and his movement and link play was impressive.”