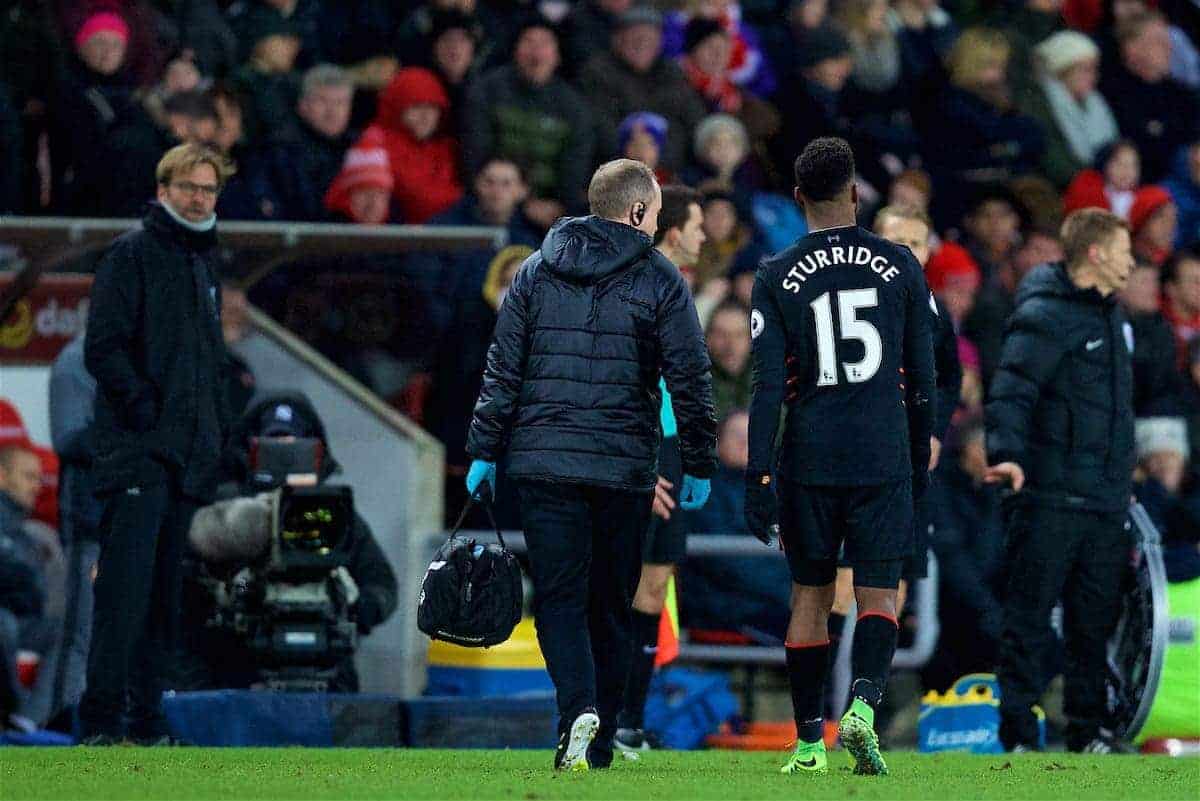 Jurgen Klopp is confident injuries picked up by James Milner and Daniel Sturridge in Liverpool’s 2-2 draw with Sunderland are not serious.

The English duo were both withdrawn during the Reds’ disappointing afternoon at the Stadium of Light, with Klopp watching his side let a one-goal lead slip twice.

Milner was substituted at half-time, with Alberto Moreno taking his place, while Sturridge limped off in the closing stages to be replaced by Lucas Leiva.

Sturridge was one of Liverpool’s most impressive players on the afternoon, nodding the opener following a corner from Milner.

With Joel Matip and Philippe Coutinho currently sidelined with ankle injuries and Sadio Mane now set to depart for the Africa Cup of Nations with Senegal, losing either would be a major blow.

But speaking after the game, Klopp took a positive outlook over Milner and Sturridge’s availability.

“[Sturridge] got a knock on his right ankle. I don’t think it’s too bad,” he proffered.

“So then we needed to be really careful, so that’s why we made a change.” Milner was decidedly ineffective in the first 45 minutes against Sunderland, but has been in fine form for the Reds overall this season, transitioning excellently as a left-back.

Meanwhile, Sturridge’s recent return from a calf injury has underlined his influence in the attacking third.

The 27-year-old’s rebounded effort led to Mane’s winner in the Merseyside derby, while his goal at the Stadium of Light was his second in two games, having netted against Stoke City in January.

After playing two games in three days, Liverpool’s next game comes at home to Plymouth Argyle in the FA Cup third round on January 8.

This should give Klopp the opportunity to rotate his squad, likely navigating fitness concerns for both Milner and Sturridge for the short term.

Alberto Moreno is able to come in for Milner, while Klopp could be tempted to hand Ben Woodburn his full Liverpool debut, after his record-breaking cameo against Leeds United in the League Cup.

Trent Alexander-Arnold, Kevin Stewart and Ovie Ejaria should all be in contention against Argyle, while youngsters Joe Gomez and Sheyi Ojo could be too, after recovering from injury.