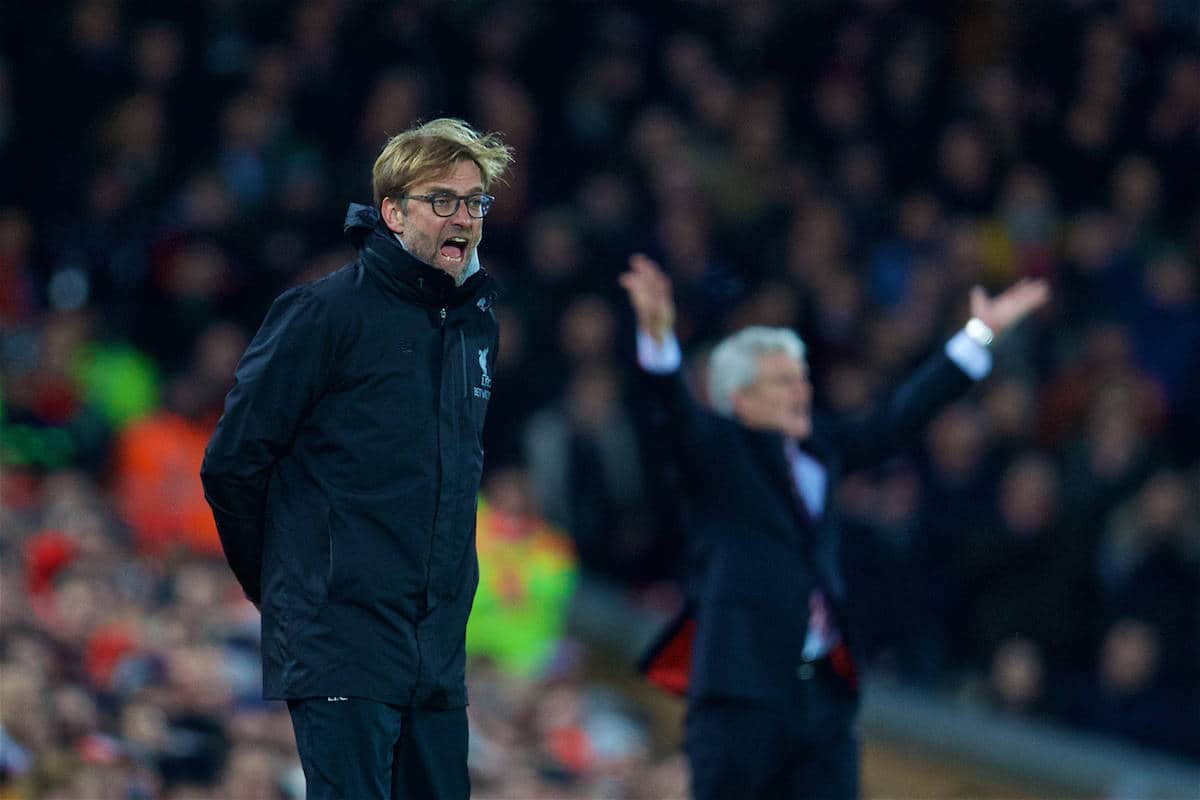 Liverpool’s season is not running out of steam despite having won only one of their last seven games, according to manager Jurgen Klopp.

The Reds host Wolves in the FA Cup fourth round at the end of the most disappointing week of their season.

A 3-2 home defeat by struggling Swansea saw them slip 10 points behind Chelsea in the Premier League title race while they were beaten by Southampton in the semi-finals of the League Cup.

Some observers have attributed Liverpool’s struggles to a waning of their physical performance and the intensity that Klopp’s teams are famous for.

The German, though, insisted the statistics do not bear that out.

He said: “They are still as high in all parts as they were before, especially in distance.

“The games are different so sometimes there will be less sprints to do, it’s completely different when you play United, City or Swansea, but no they didn’t change.

“Football is about decision-making—you have to make the right decisions at the right moment.”

Klopp is confident Liverpool have addressed their deficiencies and the big thing that needs to change now is a bit of luck.

“We’ve worked on it already,” he said. “We had the chances [against Southampton]. You have to carry on and things will change again.

“We don’t run less, we don’t invest less. In one or two games we created less but it’s still a process.

“We had a few games when from now on everyone thought we would fly but unfortunately the season is too long.

“When you stop flying then it’s hard work to go back in this mood.

“Hopefully we’ve already sorted it. It’s not a big thing. It was not good enough in a few moments the last few matches and that changed the results completely.”

Wolves has become a more significant game because of this week’s two losses but Klopp insisted the FA Cup would have been a priority anyway.

He named a youthful side for the third-round clash with Plymouth, which the Reds needed a replay to come through, and will make changes again on Saturday.

Klopp said: “That would mean that we thought before differently about the FA Cup—if we are still in one cup then we don’t want to play in the FA Cup. No.

“Of course we lost the last two so that changes a little bit the view on the third game but it doesn’t change our view on the FA Cup in general.

“We knew about the importance of this tournament. A few people thought we don’t know about it because of our line-up in the third round but of course we did.”