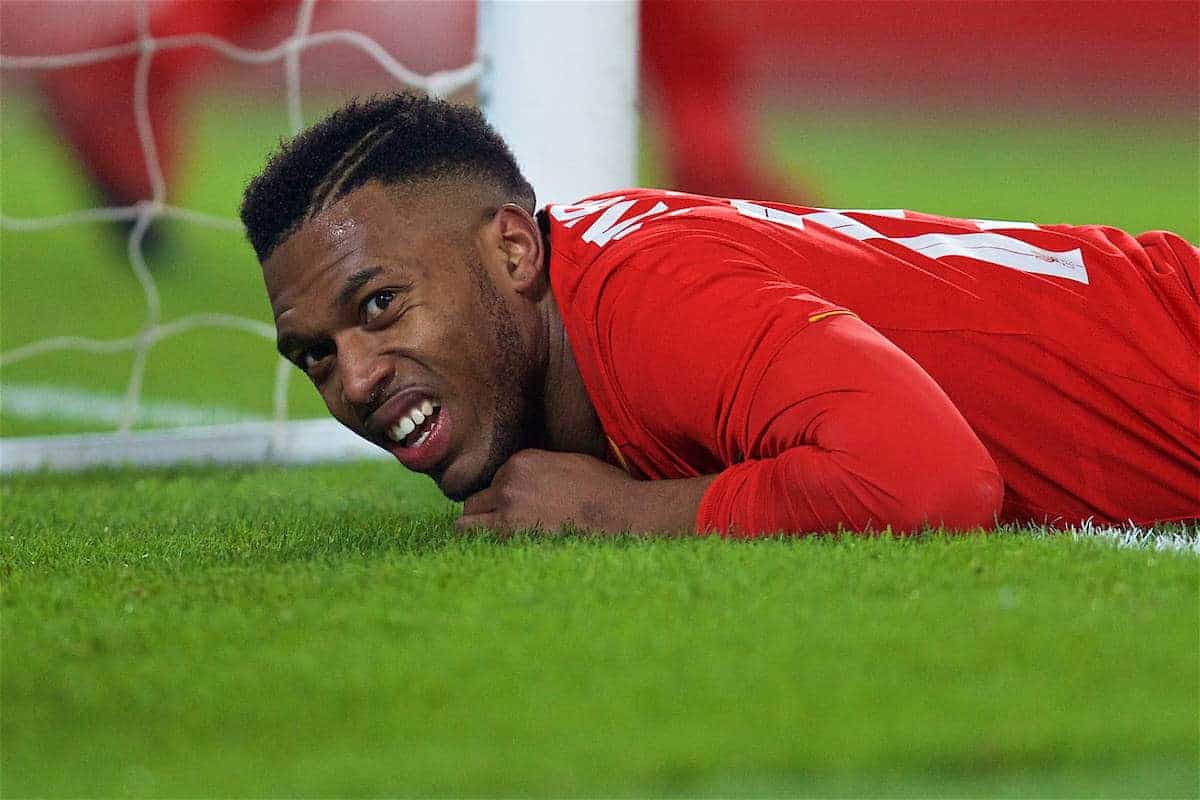 Liverpool produced another frustrating display as they fell to a 2-0 aggregate defeat to Southampton in the semi-finals of the League Cup.

Having conceded just once in his previous three appearances in 2017, Karius will have returned to the starting lineup confident of another impressive performance against the Saints.

While the 23-year-old certainly could have done better to deny Shane Long at the death, he was largely impressive in the few times he was called upon, making a particularly strong save to thwart Dusan Tadic in the first half.

Trent Alexander-Arnold – 7.5 (Man of the Match)

With Nathaniel Clyne ruled out after playing through the pain with a rib injury in Saturday’s 3-2 loss to Swansea City, Jurgen Klopp called upon teenage right-back Alexander-Arnold for his seventh senior appearance.

While caught out defensively at times, Alexander-Arnold was the only Liverpool player to provide a genuine threat in the final third, which is both a marker of his burgeoning quality and a frustrating indictment of his elders’ struggle.

Lovren has looked decidedly shaky in recent weeks without Joel Matip by his side, and this culminated in a poor showing against the Swans at the weekend, but he was reunited with his centre-back partner on Wednesday night.

At Anfield, neither Lovren or Matip showered themselves in glory, with the Croatian’s mediocre run continuing despite the added support of the ex-Schalke defender. Having not started for the first team since December’s 2-2 draw at home to West Ham United, and only playing 61 minutes of football—including for the U23s—since then, Matip’s return was highly anticipated.

While he made some vital interceptions and impressive forays forward, the Cameroonian did not look wholly comfortable, and was culpable for some of Southampton‘s most dangerous moments.

Much like Clyne, Milner’s poor performances often go under the radar due to the diversity of his role and more high-profile disappointments from those around him, but he hasn’t been in great form of late.

This continued on Wednesday night, with his touch lacking, his supporting runs lethargic and his delivery woeful.

One of Milner’s worst performances in a Liverpool shirt.

Klopp hinted at a recurrence of Henderson’s heel injury in the buildup to Wednesday night’s clash, but the captain still made it into the starting lineup despite Georginio Wijnaldum‘s availability.

He did provide some much-needed impetus with direct passing in the attacking third, but Henderson was too often pedestrian elsewhere, with no thrust in his work in deeper areas.

A surprise inclusion after an abysmal showing against the Swans, Can could be considered fortunate to have received the backing of his manager over the more consistent Wijnaldum.

He did almost score a priceless goal when Fraser Forster spilled his long-range strike, but otherwise it was much of the same from Can, who continues to look at odds with the pace of Klopp’s system.

Lallana has proved a victim of his attacking versatility in the absence of Sadio Mane, shifted into a more advanced role in Klopp’s forward line, but returned to the midfield against his former club.

Ultimately, while his off-ball work was as useful as ever, Lallana lacked a cutting edge moving into attack. Was Mane the secret to his success all along? Firmino struck twice in Saturday’s loss to Swansea, recapturing form on his return to his regular No. 9 role, but was shifted to the right wing to accommodate Daniel Sturridge.

This saw him struggle to impose himself when it mattered, and while he looked the most likely to breach the Southampton defence, he barely got a shot off as their low block worked wonders yet again.

Signing a new five-year contract on the eve of the clash, Coutinho is set to become the club’s highest-earning player, and with that comes the pressure of increased expectation.

Nights like Wednesday will be when Coutinho is expected to perform and drag his side through to victory, but aside from a hopeful effort from range, the Brazilian was far from the star turn at Anfield.

Prior to Wednesday night, Sturridge hadn’t found the back of the net in 287 minutes of football, but Klopp served up a major show of faith by naming the No. 15 in his attack against Southampton.

Unfortunately, his performance undermined this completely, with a hopeless volley from close range, scooped over the bar, encapsulating his struggle to perform within the Liverpool attack. Make that 377 minutes. Klopp went bold with his team selection, fielding the majority of his key players in an effort to seal progress to a third final since his arrival at the club towards the end of 2015.

But as has often been the case recently, Liverpool struggled for fluency and invention, with Southampton‘s rigid, low block too difficult to break down.

This is where Klopp should have stepped in, but while he had Wijnaldum, Origi, Alberto Moreno and Ben Woodburn among his substitutes, it took him 78 minutes to make his first change.

Something of a trend of his management this season, Klopp’s reluctance to utilise his substitutes is telling, as the German either has little trust in his squad ranks, or too much in his starting lineup.