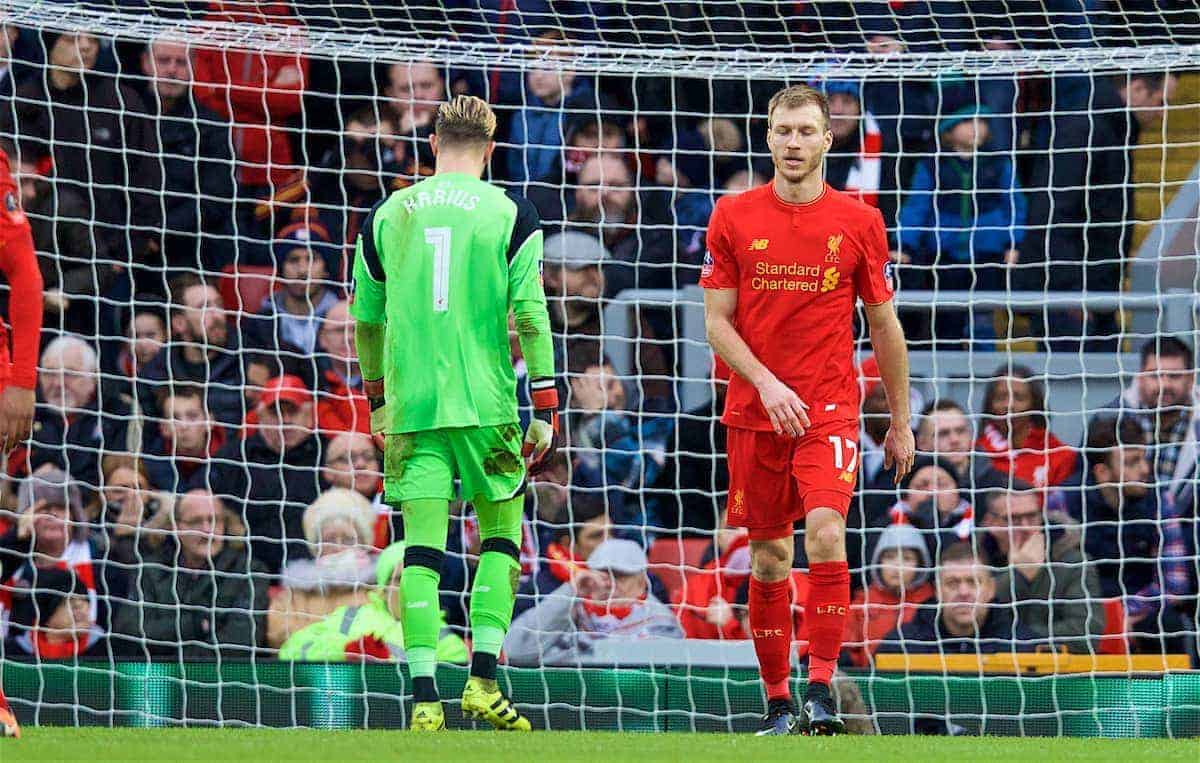 A late effort from Divock Origi could not save Liverpool defeat at the hands of Wolves on Saturday, losing 2-1 at home in the FA Cup fourth round.

Taking to Anfield for their eighth game of January on Saturday afternoon, Liverpool looked to respond to their poor run of form in the new year with progress to the next stage of the FA Cup.

Wolves were relegated from the Premier League in 2012, and after dropping down to League One in 2013, are now back on an upward trajectory, with former Liverpool youngster Conor Coady among their number.

Coady spoke of his anticipation ahead of a return to Anfield in the buildup, but he and his Wolves team-mates will have been desperate to secure victory over their out-of-form hosts.

With Jurgen Klopp naming a strong lineup for the Saturday afternoon clash, though, Liverpool were well placed to seal the win, but were comprehensively beaten by their lowly opposition. Loris Karius, making his fifth start of the year, will have been hoping to make it three clean sheets from three in the FA Cup, but his hopes were dashed, miserably, within the first minute at Anfield.

With Wolves winning a free-kick far on the right wing, Portuguese winger Helder Costa sent an in-swinging delivery into the box, with centre-back Richard Stearman nodding home for 1-0.

It almost went from bad to worse on the 10-minute mark, as the impressive Costa made a driving run from inside the Wolves and towards the Reds’ penalty area, ultimately spurning his chance at the last moment.

Liverpool continued to struggle to create chances with Wolves camped on the edge of their penalty area, despite the best efforts of Ovie Ejaria, with the 19-year-old producing a series of dangerous flicks and tricks in the final third.

Wolves eventually added their second on the break just before half-time, with Costa once again leading the charge, threading the ball through for Andreas Weimann to round Karius and secure a two-goal lead at the interval. Acknowledging the clear need for change, Klopp brought Randall off at half-time, sending on Philippe Coutinho and switching to a three-man defensive line, as Liverpool pushed for an unlikely victory.

The Reds did gain control, and Coutinho almost threaded Alberto Moreno through with an excellent through ball after combining with Ejaria, but the Spaniard was forced too wide to trouble.

Klopp then replaced Roberto Firmino with Daniel Sturridge with less than 30 minutes to play, changing tact and presenting a major test for his No. 15 after criticism of his contribution in midweek.

With the afternoon growing desperate, Ben Woodburn dangled his leg and went over a soft challenge from Lee Evans in the box, but referee Craig Pawson rightly waved away his cynical attempt.

Wolves‘ two-goal lead grew more comfortable as the contest played out, but with the away side’s defence dropping deeper, they eventually committed a fatal error, with Sturridge able to head across goal for Origi to hammer home.

But it wasn’t enough for the Reds, who exit their second cup tournament in four days as their campaign threatens to completely derail.