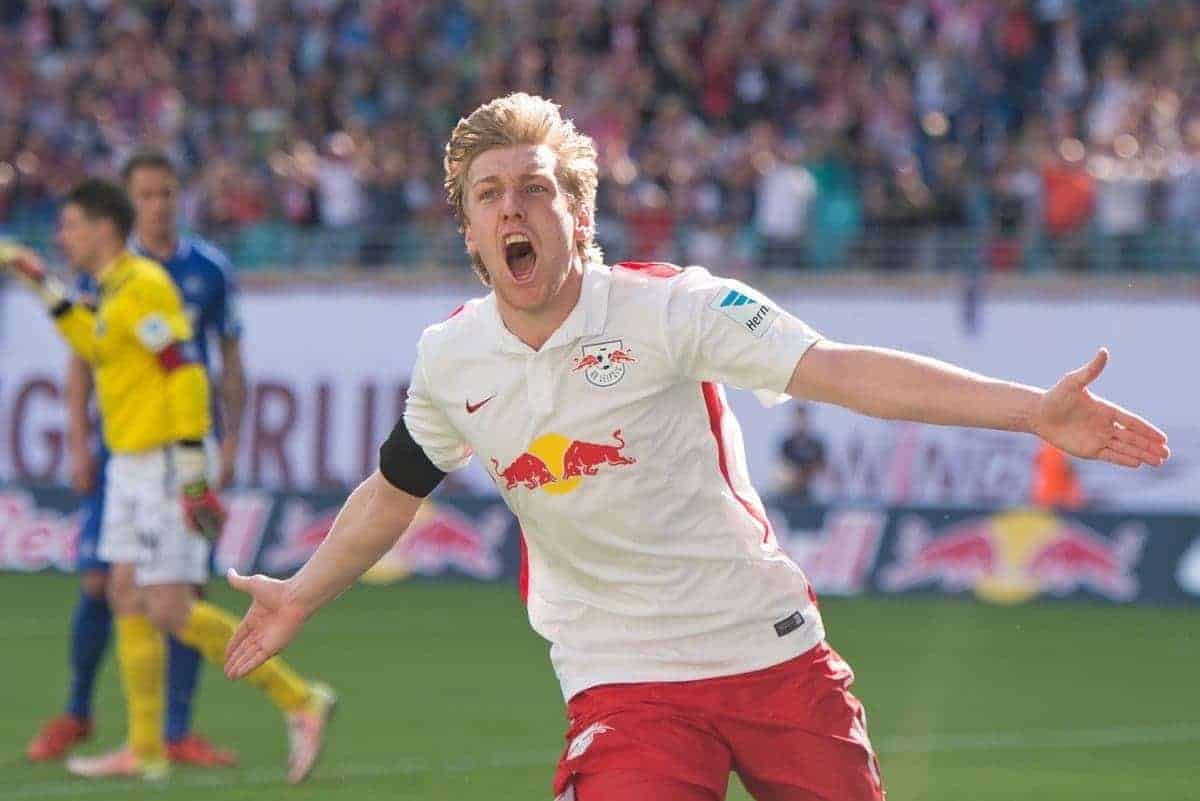 Forsberg has been suggested as a possible winter target for the Reds, with the midfielder’s agent touting him around Europe.

The 25-year-old would suit Jurgen Klopp‘s remit as he looks to add further options to his attacking line, following the departure of Sadio Mane to the Africa Cup of Nations.

But addressing rumours linking Forsberg with a January switch to Merseyside, Rangnick insisted the Sweden international was not going anywhere—at least for the next six months.

“We are not even thinking about letting him go. There’s no need for a hysterical reaction to every rumour,” he told reporters.

“I can promise all fans and employees that he will play for us in the next six months, and I’d like to think beyond the summer as well.

“We only agreed a new deal about nine months ago, and we did that with a mutual consent that he’ll play for us for a longer time.”

Forsberg joined Leipzig from Malmo in 2015, and has played a key role in their rise from the German second tier to the Bundesliga title race.

His performances on the left flank have drawn interest from not only Liverpool, but also the likes of Arsenal and Juventus.

He is likely to be a high-priority target for a number of clubs, but with Rangnick insistent he will remain at the Red Bull Arena until the end of the season, Klopp may need to look elsewhere.

Rangnick’s confidence is likely well placed, given Leipzig’s strong position in the table and Forsberg’s regular role under Hasenhuttl.

Reports in Germany suggest Klopp has been given £40 million to secure his ideal forward, though it appears increasingly unlikely the 49-year-old will add to his squad at this stage of the season.