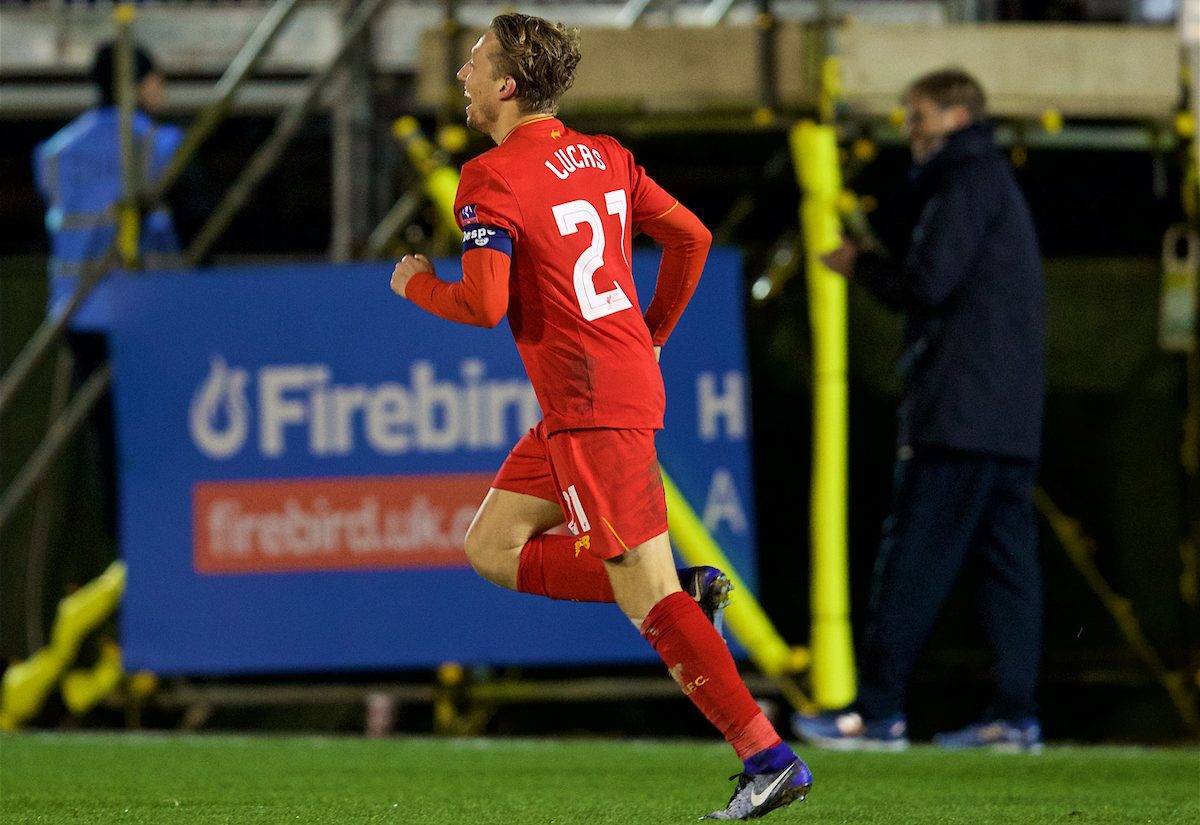 Lucas Leiva has played down the significance of his first Liverpool goal in seven years, but his manager moved to acknowledge his importance.

The Brazilian’s first-half effort secured a slim 1-0 victory over the League Two side in their FA Cup third-round replay on Wednesday night.

This sealed passage to the fourth round, when Wolverhampton Wanderers will travel to Anfield for another fierce clash, with the Reds hopeful of going all the way this season.

Lucas had not scored since September 16, 2010, when he struck from long range to add the third in Liverpool’s 4-1 victory at home to Steaua Bucharest in the Europa League.

None of Jurgen Klopp‘s senior squad were at the club on that day, and Ben Woodburn was a month shy of his 11th birthday.

This was only Lucas’ seventh since joining the Reds in 2007, but speaking to BT Sport after the game, Lucas laughed off his dismal record.

“It’s that long? I scored last week in training!” he joked when reminded of his last goal.

“It’s good to score, I don’t score many, and I helped the team—that’s the main thing.

“They made it very difficult for us, fair play to them. They’re very strong physically and we had a lot of young players.” Also speaking at full-time, Klopp himself backed up Lucas’ claims of training-ground exploits, saying “he is the top scorer in training! I love this in football, everyone can cause problems.”

More importantly, the German moved to confirm that his longest-serving player was likely to remain at the club this month, adding “I would say, yes.”

Lucas has been the subject of interest from Inter Milan in the January transfer window, and was believed to be weighing up a move to the San Siro, considering his current first-team prospects.

But with Joel Matip‘s eligibility still yet to be determined following a dispute with the Cameroon FA, and only Dejan Lovren, Ragnar Klavan and Joe Gomez as further centre-back options, Lucas can still play a vital role.

Beside his goal, Lucas produced a competent display at the back against the Pilgrims, though the home side bombarded Loris Karius‘ goals with a number of strong set-piece routines.

Liverpool’s next clash is at home to Swansea City in the Premier League on Saturday afternoon, while they will also be looking ahead to their fourth-round tie with Wolves on January 28.