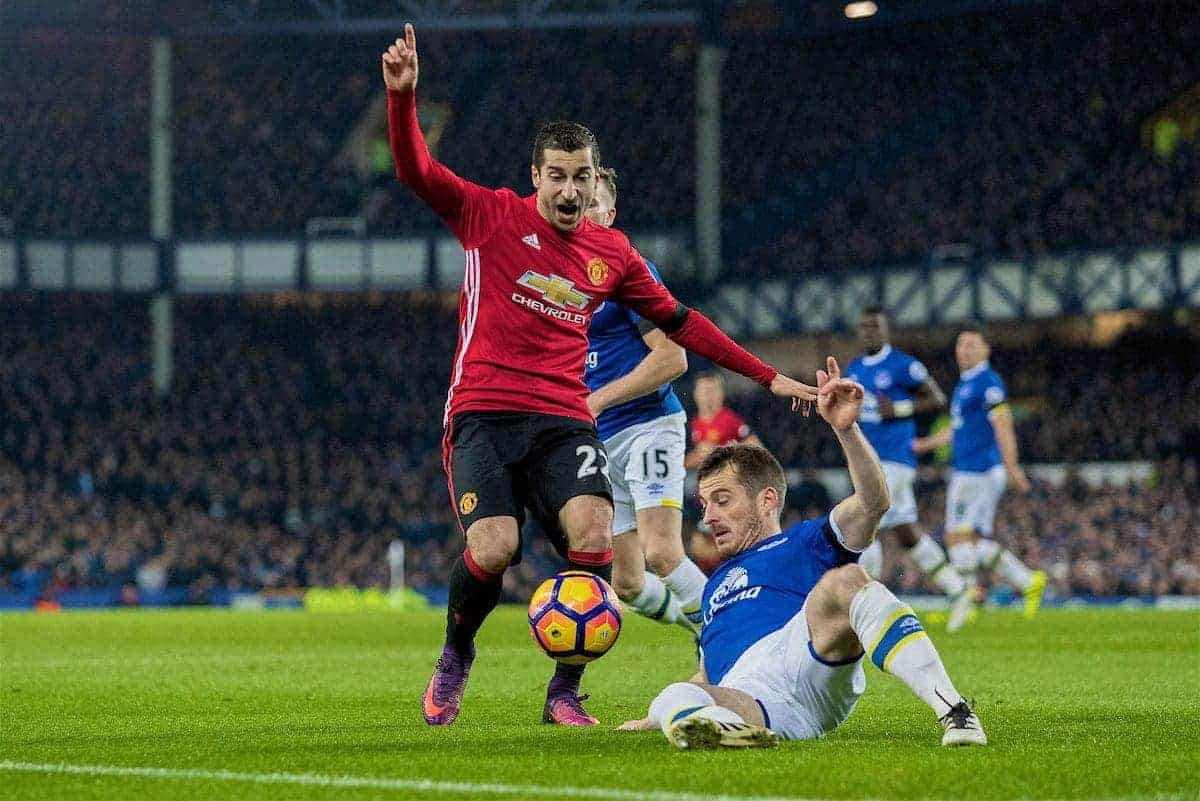 Mkhitaryan signed for United in the summer, in a deal worth £26.3 million, leaving Borussia Dortmund after three seasons.

It was Klopp who brought Mkhitaryan to the Westfalenstadion from Shakhtar Donetsk in 2013, and now he is forced to prepare his side to take on the 27-year-old for the third time as Liverpool manager.

The Armenian scored the opener in April’s remarkable Europa League quarter-final second leg between the Reds and Dortmund, ultimately falling to defeat in one of his last games for BVB.

This served to underline his talent, however, and Klopp believes he should be rated as “world class,” highlighting him as a major threat to Liverpool in Sunday’s 4pm kickoff (GMT).

“He combines the best technical skills at the highest tempo,” he said of his former £21.5 million signing.

“That’s pretty rare, if you have players that can combine this.

“Good finisher, good working attitude, can play different positions in the offensive area. So he’s a world-class player, no doubt.”

Liverpool attempted to sign Mkhitaryan before he joined Dortmund, but failed to convince the forward to make the move to the Premier League.

His initial struggle under Mourinho this season could have compounded this decision, but Mkhitaryan has slowly improved, and has three goals and three assists in his last eight games.

According to Klopp, this is in line with United’s progress as a whole, with the 49-year-old not expecting a similar contest to that played out at Anfield in October, ending as a 0-0 draw.

“They are better than [last time], they’re more used to each other,” he explained.

“It’s only one example but I think Henrikh Mkhitaryan is an important example.

“I don’t know if he was fit when they played here, or just not in the squad or whatever, so it obviously took a bit of time. That’s normal.

“Now they can use his outstanding quality. They’re more confident—it’s a different side.

“There was no doubt about the quality of the players even when they played here, but it maybe wasn’t their tune—now it is.”

Mkhitaryan will certainly prove a major threat to the Reds on Sunday afternoon, but Klopp remains confident Liverpool can nullify the No. 22 and seal the victory.

The German has got the better of his former players before, and now he can hope to do so again.