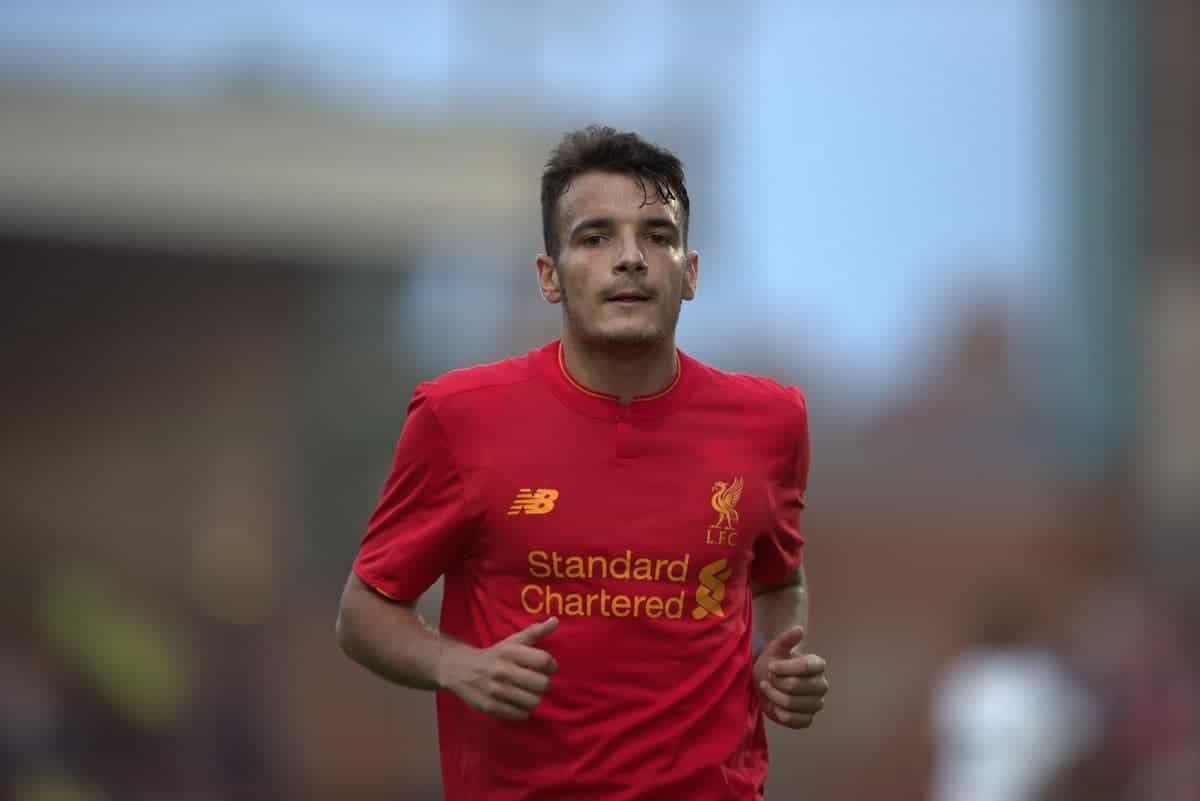 Liverpool academy midfielder Pedro Chirivella is due to join Eredivisie side Go Ahead Eagles on loan until the end of 2016/17.

Chirivella has endured a muted first half of the season, stuttering in the Liverpool U23s squad, after his breakthrough campaign under Jurgen Klopp last time out.

That he has been included against all the big-hitters of the youth league is an indication of his potential, but despite training regularly with the first team at Melwood, he remains far from the senior squad.

According to the Liverpool Echo, this will see Chirivella join Go Ahead Eagles on a six-month loan, with Klopp looking for him to develop his game.

Chirivella would become the 11th Liverpool player out on loan this season, following the returns of Adam Bogdan and Jack Dunn, and is unlikely to be the last to leave in January.

Cameron Brannagan, Connor Randall and Tom Brewitt have all struggled for game time this season, and a temporary move would benefit them significantly.

However, Brannagan’s proposed loan to Bolton Wanderers could break down following the midfielder’s ankle injury. Unlike that trio, Chirivella has time on his side as he works his way through the ranks on Merseyside, as despite having made five appearances for the Reds in 2015/16, he is still only 19.

A neat passer with a fine appreciation of space and an invaluable creative bent, Chirivella is visibly lacking in physicality and intensity, and these are qualities Klopp values in midfield.

His last game under the German came away to Swansea City in May, when Klopp hauled him off at half-time, replacing him with the more robust, experienced Lucas Leiva.

“He’s a wonderful player, a passing player, a big, big talent, but today he forgot to orientate himself,” Klopp said after that 3-1 defeat at the Liberty Stadium.

Klopp is said to be a big admirer of Chirivella’s talents, but he is facing a crucial six months in the Eredivisie, if he is to establish himself as a first-team player at Liverpool.

The Reds have one other player on loan in the Dutch top tier, Nigerian striker Taiwo Awoniyi.