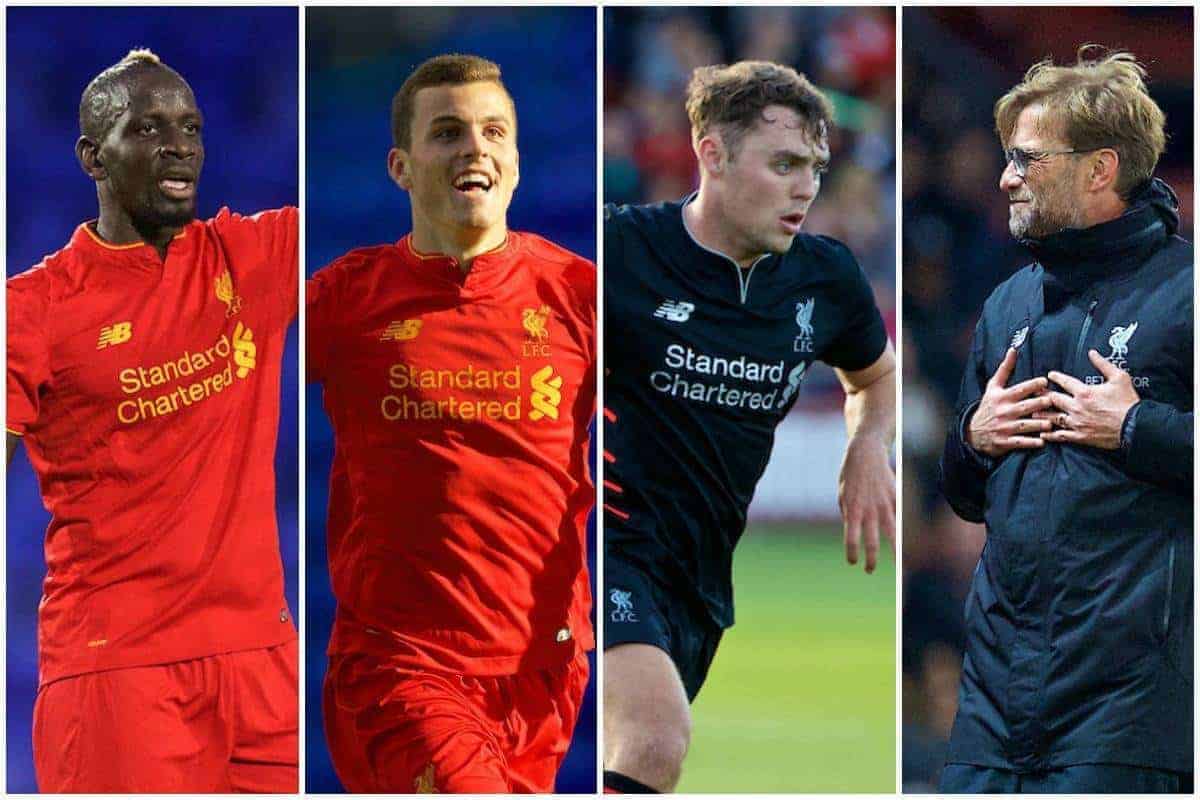 With three days left before the winter window shuts, here’s what to expect from Liverpool as January comes to a close.

The Reds are currently enduring their worst run of form in a long time, seeing their Premier League, FA Cup and League Cup hopes all fade during a miserable January.

Off the pitch, supporters have not enjoyed much positivity either, though new contracts for Joe Gomez and Philippe Coutinho, along with the return of Steven Gerrard as a youth coach, served to lift spirits slightly.

Jurgen Klopp has remained insistent that it will be a quiet January transfer window, and that seems to be the case, though five players have already left the club on loan or permanently.

But what else can supporters expect from Liverpool in terms of transfer dealings before their January 31 deadline?

Most notably, the future of Mamadou Sakho is on the agenda, with the French centre-back frozen out over the summer and spending the first half of the season with the Reds’ U23s squad.

Sakho is highly likely to secure a move away from Merseyside this month, though his departure has dragged on over the weeks.

Bournemouth, Southampton, Spartak Moscow, Swansea City, Galatasaray, Sevilla and Crystal Palace have all been credited with interest in Liverpool’s No. 3, with no significant movement as of yet—likely due to the club’s valuation of £20 million.

But with Liverpool no doubt pushing a deal through before the end of January, and potentially even accepting a loan bid if it goes to the wire, Sakho is still expected to leave.

He is said to prefer to remain in the Premier League, with Southampton and Palace his most bankable options.

Will a permanent move, which Liverpool want, be sorted, or will the club end up having to loan him?

U23s forward Brooks Lennon is close to completing a temporary switch to rejoin former club Real Salt Lake, having left the MLS side for Anfield in 2015.

Lennon has not looked close to breaking through into the first-team setup and, at 19, needs first-team experience to ensure he continues to development his vast potential.

Though moving back to America is a questionable move in terms of his long-term prospects at Liverpool, Lennon can hope for regular football at Rio Tinto Stadium.

He is already training with Real Salt Lake at their pre-season camp in Arizona, with the move to be confirmed imminently.

Connor Randall to Leave on Loan

Connor Randall made his first, surprise, appearance for the Reds’ first team this season in Saturday afternoon’s 2-1 loss at home to Wolves, and it is likely to be his last.

Both Barnsley and Preston North End are believed to be interested in signing the young right-back on loan for the rest of the campaign, with Klopp not set to stand in the way of a Championship move.

The 21-year-old was withdrawn at half-time against Wolves, such was the level of his performance, with Randall at fault for Andreas Weimann’s second-half strike.

Likely the only factor standing in Randall’s way before the end of January is the fitness of first-choice right-back Nathaniel Clyne, who is currently struggling with a rib injury.

Speaking after the loss to Wolves, Klopp continued to explain that his inactivity in the January market was due to a lack of top-level targets, not his reluctance to spend midway through the season.

His primary targets, Christian Pulisic, Julian Brandt, Julian Draxler and Quincy Promes, have all proved elusive this winter, with a summer move for Brandt said to be on the cards.

But given the Reds’ dramatic drop in form since the turn of the year, Klopp may yet be tempted to delve into the market to make a surprise signing—as he bids to restore his side’s Premier League title hopes.

Stranger things have happened—last year he signed Steven Caulker on loan—but it would still be a major surprise if Klopp did bring any new signings in before Tuesday night.