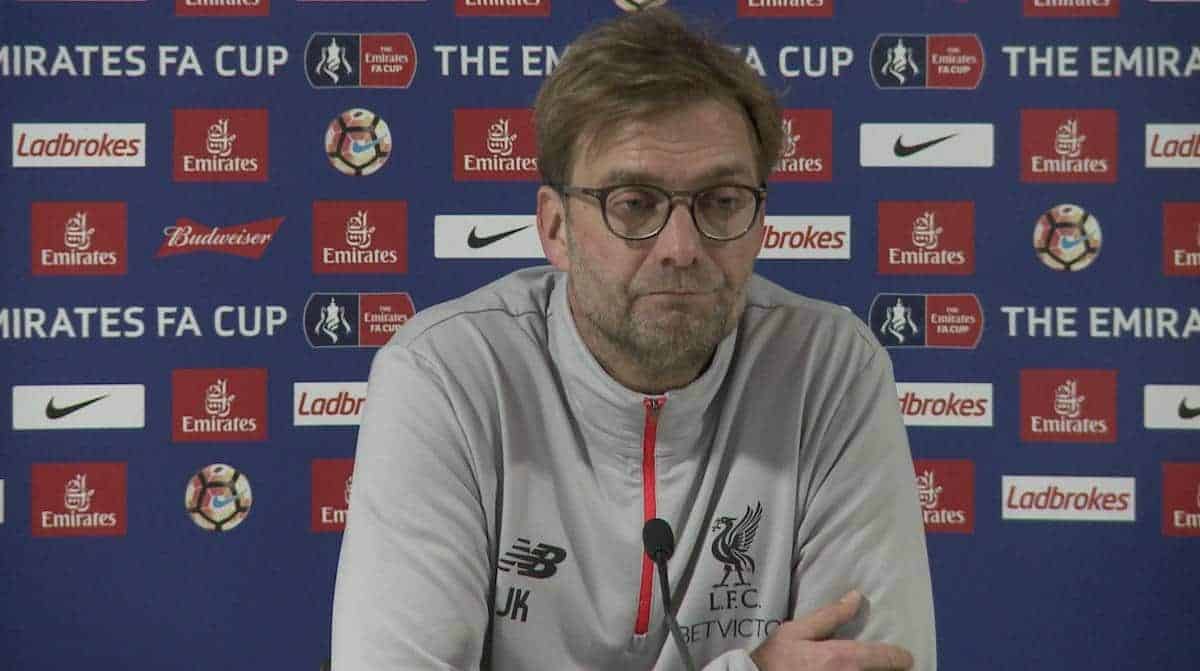 Watch Jurgen Klopp speak to the media after Liverpool’s 2-1 defeat to Wolves in the FA Cup fourth round at Anfield.

A clearly dejected Klopp spoke about not making emotional statements after a third defeat at home in the week.

“You learn more with each single performance,” said the boss. “I am never too harsh with criticism, should not be emotional in the moment.”

Klopp said he takes full responsibility for the team he chose and for the result.

“I feel really responsible for this performance because I thought we could do better,” he said.

“I don’t feel that they [the players] let me down. I am responsible.”

Klopp was asked about whether the three defeats in three competitions shows his squad isn’t good enough to compete but he said it wasn’t the time to discuss that.

On the failure to strengthen the squad this January, he added: “It’s not about not wanting, it’s about not getting the right players.”

Liverpool are now out of both cup competitions and face Chelsea at Anfield on Tuesday night – where defeat could see them drop out of the top four.