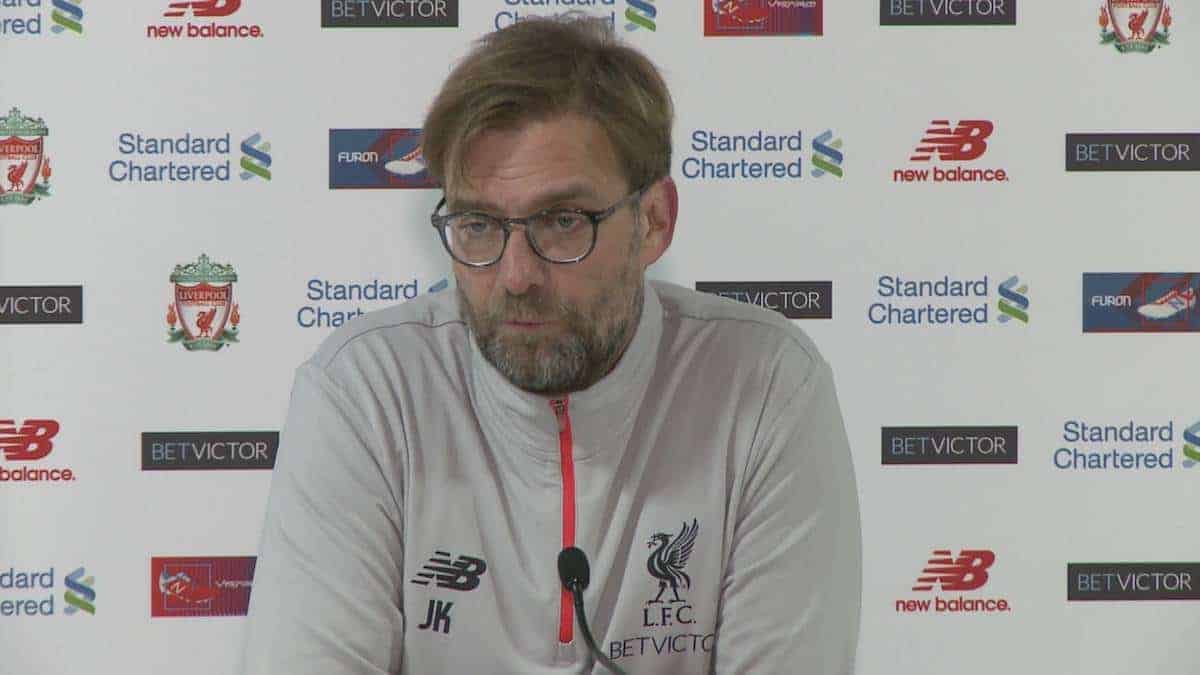 Watch Jurgen Klopp speak of his disappointment after Liverpool’s poor 3-2 defeat to Swansea City at Anfield.

“The first half, you could hear it in stadium, it was not most entertaining game,” said Klopp. “If you want to have a spectacle you need two sides to play, we were the only one doing that.”

On Swansea’s third goal, the manager said: “There was almost everything wrong in this goal. The reaction to long ball was not good.”

Speaking of the attacking side, Klopp said: “We showed that when we are on track we are a strong side & can score goals but the defending on all 3 goals today was not good enough.

“Today was a big opportunity for us to get these 3 points, that’s what makes it frustrating for us. We gave them opportunity win this.

“It’s damaging (to season’s hopes). It has to feel really bad, and it does. We have to use it and show a reaction.”

Klopp says the OK from FIFA for Joel Matip to play came too late to select him for the team.