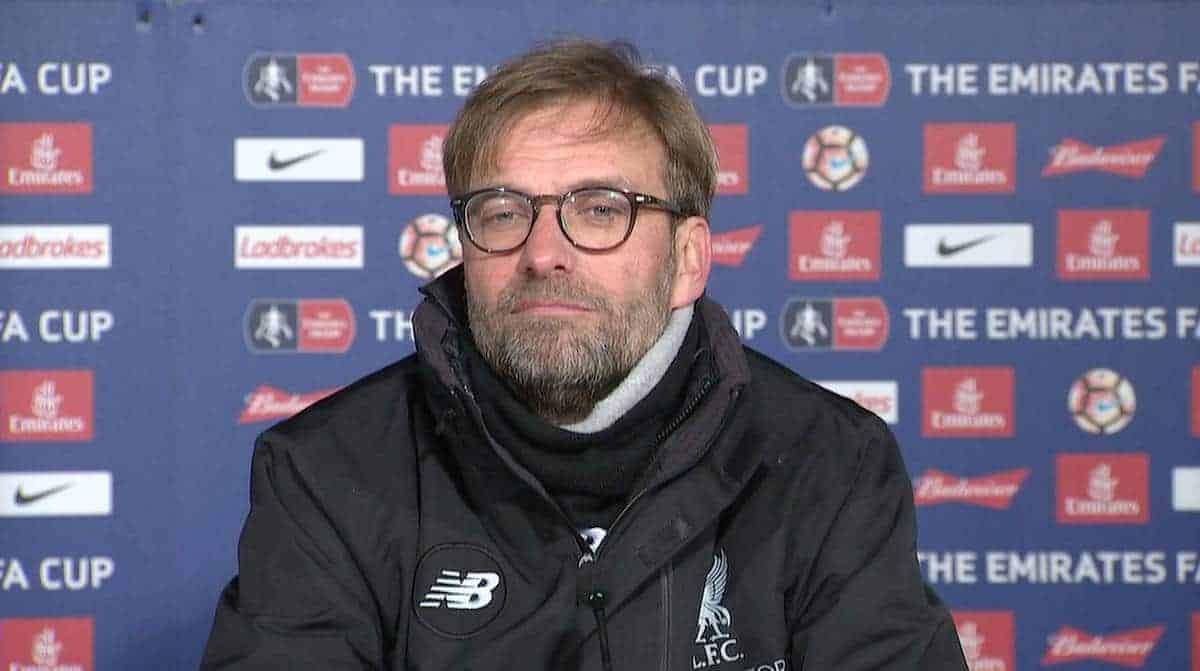 Jurgen Klopp was in a positive mood as he discussed Liverpool’s 1-0 replay victory over Plymouth Argyle in the third round of the FA Cup.

It took a solitary Lucas Leiva goal for the Reds to seal the win at Home Park on Wednesday night, with Klopp’s young side forced to withstand a barrage from the Argyle attack.

Lucas’ first since 2010 secured a fourth-round tie at home to Wolverhampton Wanderers, with Liverpool still on course to challenge on three fronts this season.

Addressing reporters after the game, Klopp hailed Lucas’ impact, and revealed the 30-year-old was an unlikely top goalscorer in training at Melwood.

“Every week in training we play old versus young and he is a top scorer for old, which is unbelievable,” he said.

He also confirmed Lucas was likely to stay at Liverpool beyond the January transfer window, following interest from Serie A challengers Inter Milan.

The German was full of praise for the performance of his youthful lineup, as well as revealing his admiration for Argyle’s approach.

Liverpool will now make the long trip back to Merseyside in order to prepare for a Saturday lunchtime clash with Swansea City in the Premier League.

This kicks off a run of four home games in 10 days, with Southampton (League Cup), Wolves (FA Cup) and Chelsea (Premier League) all to come before the end of January.