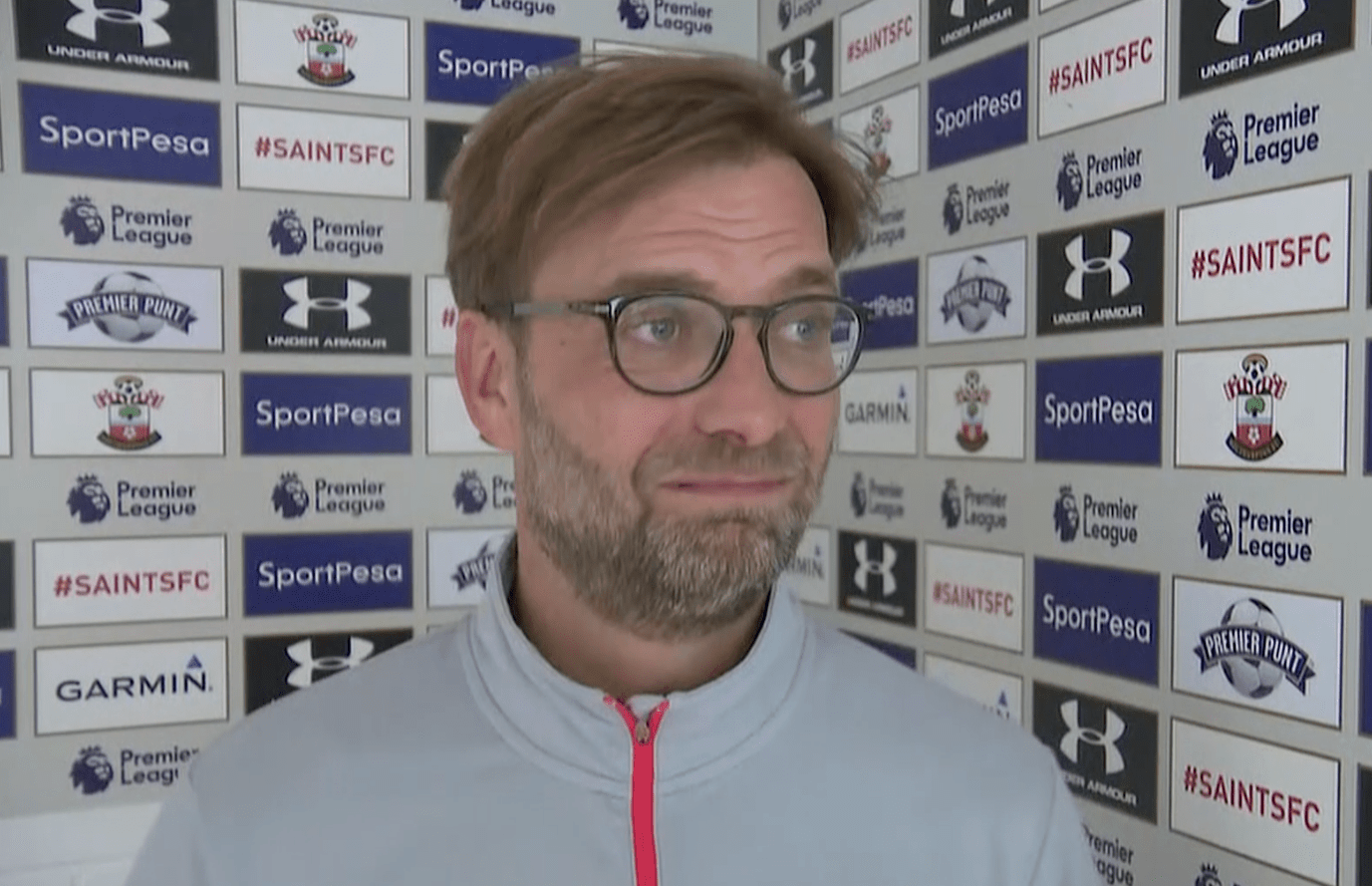 The Reds lost 1-0 thanks to Nathan Redmond’s first half goal, but in reality they were lucky to escape just a single goal behind going into the second leg at Anfield in a fortnight.

“After we conceded the goal obviously the game changed,” said Klopp.

“I’m not used to a reaction like this from my boys. Tonight was not good.

“We need to show a reaction. We can do that in second leg, but would be cool if we show it on Sunday.”

The only player to come out of the game with any credit was goalkeeper Loris Karius. “He kept us in the game,” said Klopp. “That’s how it is.”