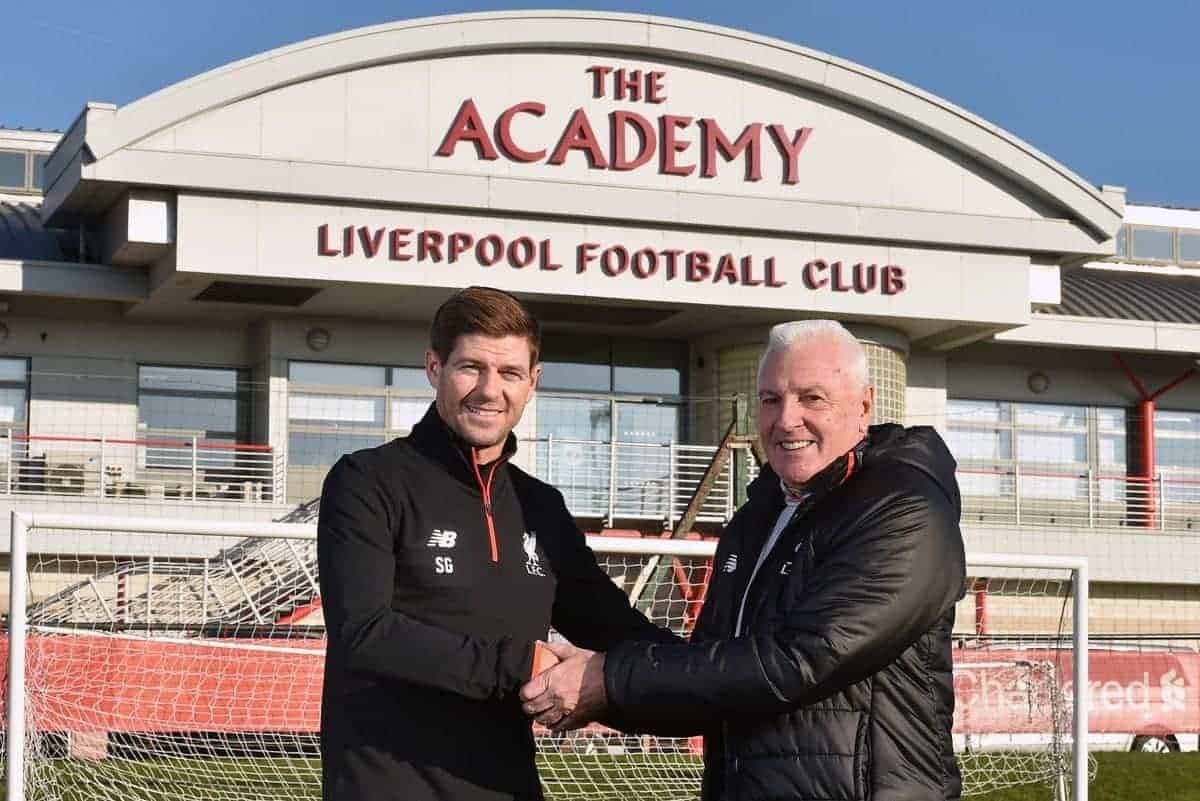 Liverpool delivered landmark news to their supporters on Friday evening, with club legend Steven Gerrard returning as an academy coach.

Gerrard is set to take up a “wide-ranging role” at the Reds’ Kirkby academy, having announced his retirement from professional football back in November.

The former Liverpool captain spent 17 years in the first team on Merseyside, before leaving to join MLS side LA Galaxy in 2015.

Seemingly always destined to return to Anfield, Gerrard now finds himself part of Jurgen Klopp‘s backroom staff, working alongside the likes of Alex Inglethorpe and Steve Heighway at the academy.

Given Gerrard’s legendary status, the 36-year-old’s return was met with widespread positivity on social media.

The main man has been OFFICIALLY sworn in…. Steven Gerrard returns to LFC as Academy coach.

Gerrard getting a job at Liverpool's Academy is the news we needed today, here at the beginning of the apocalypse.

Great to see my old mucca back at the lfc academy how lucky are these young lads to have him… https://t.co/kqvKfqI5QO

Great news to see there is a role at the LFC Academy for Stevie G. I wish him well being successful in his new coaching role??

An inauguration I can get behind. #lfc https://t.co/e14mcc7GH2

Great to have Steven Gerrard back at Liverpool. And even better that it's in the academy—still needs to prove his worth as a coach. #LFC

?? ? I love this decision. What an inspiration Steven will be for the kids. He helped out in the academy before & is an excellent coach #lfc https://t.co/ihxkYvP9aE

Superb news that Gerrard is part of the #LFC Academy. Right pathway at the right time. ??